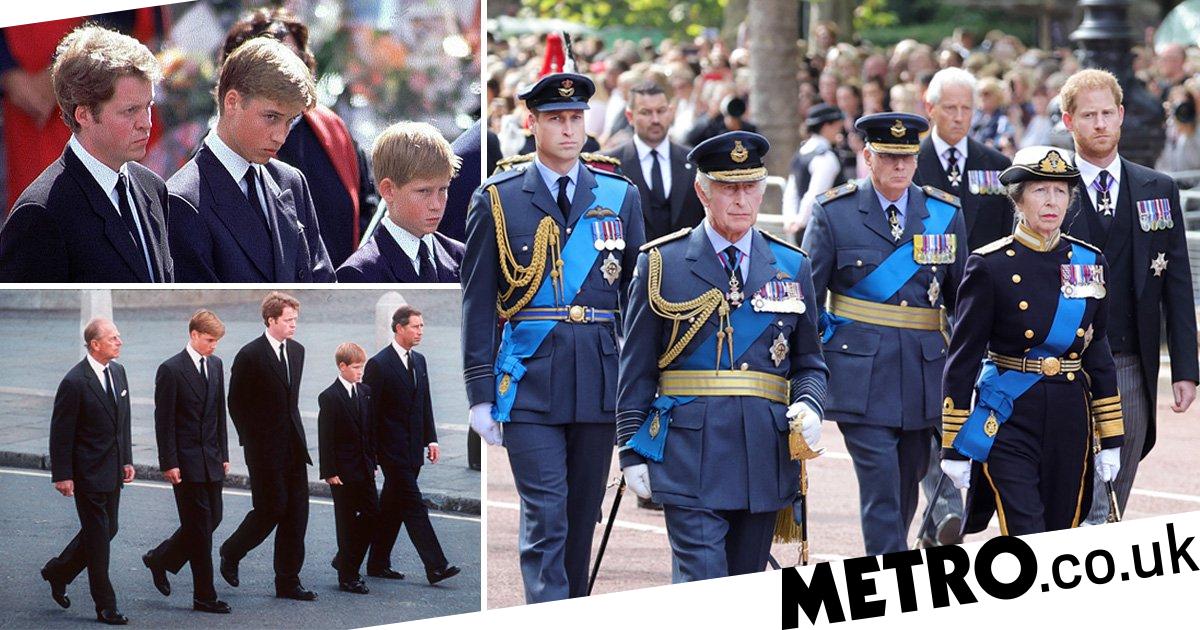 Prince William described how walking behind the Queen’s coffin “brought back some memories” of his mother’s funeral.

The new Prince of Wales and heir to the throne marched side by side with Prince Harry during Wednesday’s sensational procession from Buckingham Palace to Westminster Hall.

It reflects the poignant scenes 25 years ago when the siblings walked with their father behind Princess Diana’s coffin during her funeral in 1997.

Speaking to mourners outside Sandringham on Thursday, William, 40, said the walk was ‘challenging’, adding: ‘It brought back some memories.

“It’s one of those moments where you think to yourself, ‘I’ve prepared for this,’ but I’m not that prepared.

He and his wife Kate, also 40, who now holds the old title of Diana, Princess of Wales, got out of a dark Range Rover near Norwich Gates and took time to read messages for the many tributes.

Thousands of well-wishers gathered behind metal barriers to catch a glimpse of the couple, who stayed for nearly an hour speaking to the crowd.

He also thanked everyone who went to the Norfolk estate on Thursday.

Mrs Butcher, 89, also in Cambridgeshire since March, said afterwards: “She seemed to care about us because we cared about the Queen.”

Receptionist Jane Wells, 54, from Long Sutton in Lincolnshire, said: “I said how proud his mother would be of him, and he said how difficult it was yesterday because it brought back memories of his mother’s funeral.”

Caroline Barwick-Walters, 66, from Neath in Wales, said: “He told us how difficult it was yesterday, how it brought back memories of walking behind his mother’s coffin.”

She said she told William “thank you for sharing your grief with the nation” and that he replied “she was everyone’s grandmother”.

The Queen is currently lying in state at Westminster Hall until her funeral on Monday.