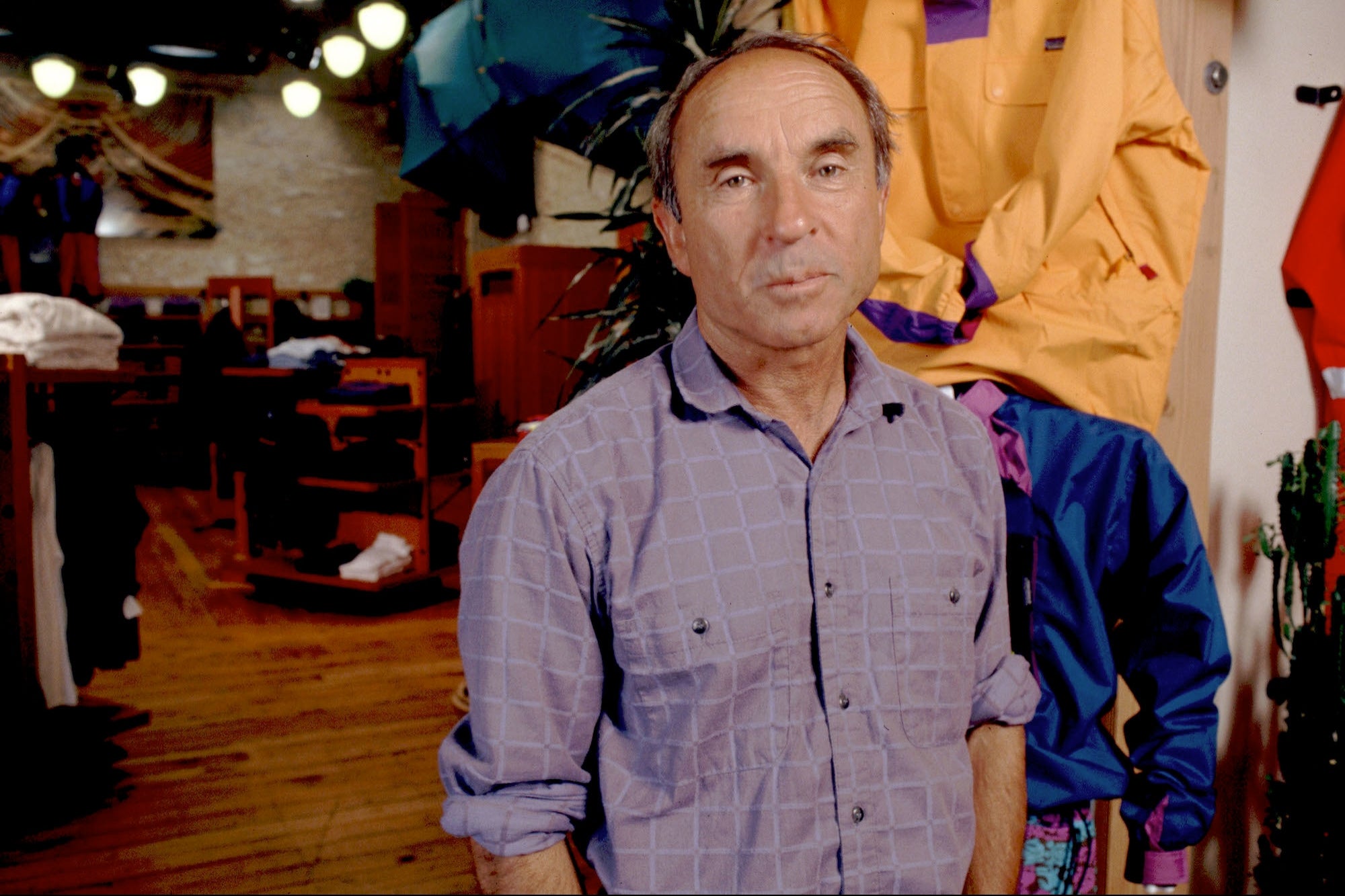 Adventurers are probably familiar with giant outdoor clothing brand Patagonia, but after news that company founder Yvon Chouinard is giving away his $3 billion brand, people are eager to learn more about the unconventional entrepreneur.

The transfer of ownership of the company to a special trust and non-profit organization was done to ensure that Patagonia stays true to its roots and that all its profits go to fight climate change and protect the environment.

“Hopefully this will affect a new form of capitalism that won’t end up with a few rich and a bunch of poor,” the 83-year-old “reluctant businessman” said in an interview with The New York Times. “We will give the maximum amount of money to people who are actively working to save this planet.”

Keep scrolling to learn more about Chouinard and Patagonia.

Who is Yvon Chouinard?

In the 1960s, Yvon Chouinard was an avid climber who lived in his car and ate cat food to survive. He began making climbing gear and clothing for his friends, then launched Patagonia in 1973. Its mission has always reflected Chouinard’s best attitude: The brand has given 1% of its sales to environmental causes for decades, according to NYT.

Chouinard “never wanted to be an entrepreneur,” he wrote in a letter to Patagonia customers announcing the plan, and his passion for sustainability never waned, even as Patagonia grew. With his distaste for capitalism and his mission to help the environment, he set out to “change the way business was done.” Today, Chouinard remains true to his simplistic roots and does not own a computer or mobile phone.

How much are Chouinard and Patagonia worth?

Chouinard’s net worth is estimated to be around $1.2 billion per Forbes, but he’s not happy about it. “I was inside Forbes magazine listed as a billionaire, which really pissed me off,” he said NYT. “I don’t have $1 billion in the bank. I don’t drive Lexuses.” As for Patagonia, the brand is worth an estimated $3 billion. It sells more than $1 billion in outdoor apparel and gear and generates $100 million in revenue annually.

Where is Patagonia headquartered and is it a private company?

Patagonia operates in Ventura, California and will remain a private, for-profit business to continue to generate wealth that will be used solely to help the environment. “Even well-intentioned public companies are under too much pressure to generate short-term profit at the expense of long-term vitality and responsibility,” Chouinard wrote in his letter to clients. “Instead of ‘posting,’ you could say ‘going with purpose.’ Instead of extracting value from nature and turning it into wealth for investors, we will use the wealth Patagonia creates to protect the source of all wealth.”

To do this, the Chouinard family transferred 2% of their voting shares to a Patagonia Purpose Trust to oversee and ensure that the brand remains true to its values. The remaining 98% of the family’s shares will go to the new climate change non-profit Holdfast Collective. The family will pay $17.5 million in taxes on the gift and receive no tax benefits for donating it to the nonprofit.

Who are Yvon Chouinard’s wife and children?

Chouinard has been married to his wife Matilda Chouinard, née Pennoyer, since 1971. They have two children, Fletcher and Clare. Together, they never wavered in their goal to do good and give their best. “This family is even more extreme when you consider that most billionaires give away only a small fraction of their net worth each year,” said David Callahan, founder of the website Inside Philanthropy. The New York Times.

The Chouinards don’t even expect a pat on the back for their generosity, because for their patriarch, it’s just common sense. “I didn’t know what to do with the company because I never wanted a company,” he told NYT. “I didn’t want to be an entrepreneur. Now I could die tomorrow and the company will continue to do the right thing for the next 50 years and I don’t have to be around.”