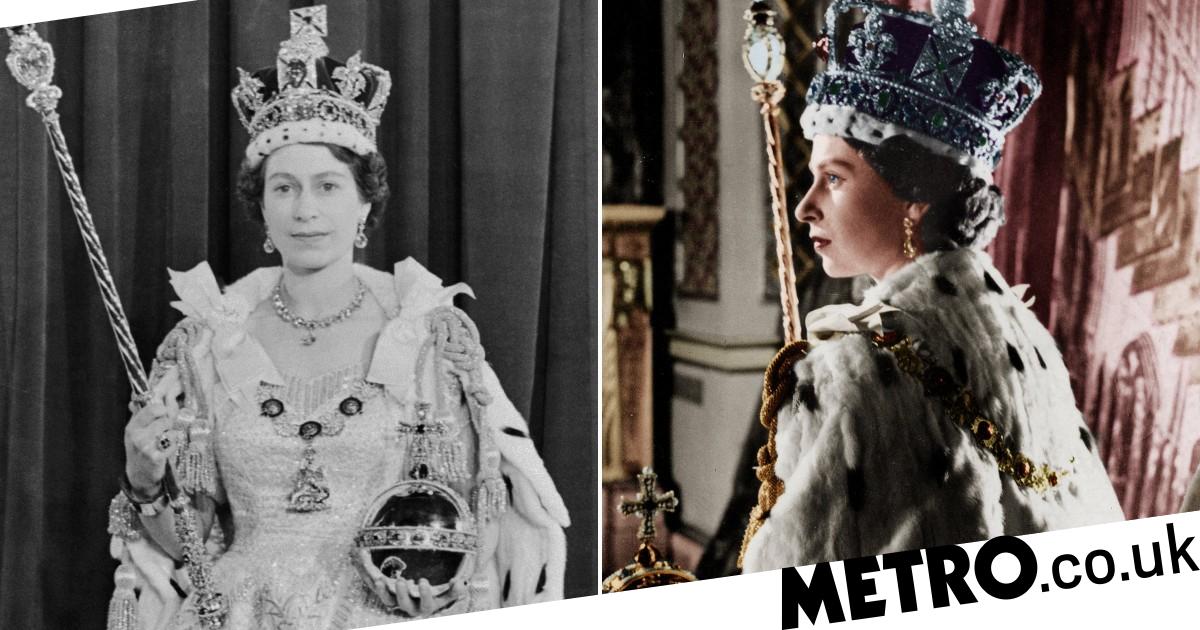 A royal expert has predicted that Queen Elizabeth II will be buried with a very special piece of jewelry.

Lines of mourners will fill London’s Westminster Hall on Wednesday to pay their respects to the late monarch following her death aged 96.

Her coffin as it lies in state will be decorated with royal artefacts said to be worth millions of pounds.

But Lisa Levinson, head of communications at the Natural Diamond Council, believes the Queen’s body will be buried with far fewer priceless possessions.

“Her Majesty is an incredibly humble woman at heart who is unlikely to dress in anything other than her simple Welsh gold wedding band to rest and a pair of pearl earrings,” she told Metro.co.uk.

Ms Levinson says the Queen’s engagement ring, which belonged to Prince Philip’s mother Princess Alice of Battenberg, will likely be given to Princess Anne.

“Young Prince Philip was closely involved in the design of Elizabeth’s engagement ring, which is set in platinum and has eleven natural diamonds – a three-carat round solitaire diamond and five smaller stones on each side,” he said.

“Her Majesty’s life has always been about the legacy of the Royal Family, in the United Kingdom and the Commonwealth. her jewelry is very much a part of that legacy.”

She will lie in state for four days at Westminster Hall from Wednesday until her funeral on Monday.

Her coffin will be draped with the Royal Standard, a flag representing the Sovereign and the United Kingdom.

The flag will be in the company of the Imperial State Crown, encrusted with more than 3,000 precious stones and said to weigh five pounds.

The crown was only worn by the Queen on official occasions, such as the opening of Parliament.

Although relatively new by the centuries-old standards of the rest of the Crown Jewels, the crown contains historical gems – some controversial.

Among them is a piece of the Cullinan diamond known as the second great star of Africa.

The 317-carat gem was mined in Cullinan, South Africa in 1905 during British colonial rule.

The diamond was later renamed Cullinan II by British colonialists, named after Premier Mine chairman Thomas Cullinan, and set in the crown in 1937.

Other gems in the crown include the St. Edward’s Sapphire, the oldest gemstone in the collection.

The sovereign’s orb and scepter will also be spread over the coffin.

The orb is a symbol of the divine right of rulers made of hollow gold and encrusted with more than 600 precious stones, including 30 rubies and twelve diamonds.

The scepter contains the largest jewel of the Cullinan diamond – the Great Star of Africa.

The 530-carat diamond, renamed the Cullinan I, was presented to Edward VII and now sits atop the 92cm gold bar in 1907.