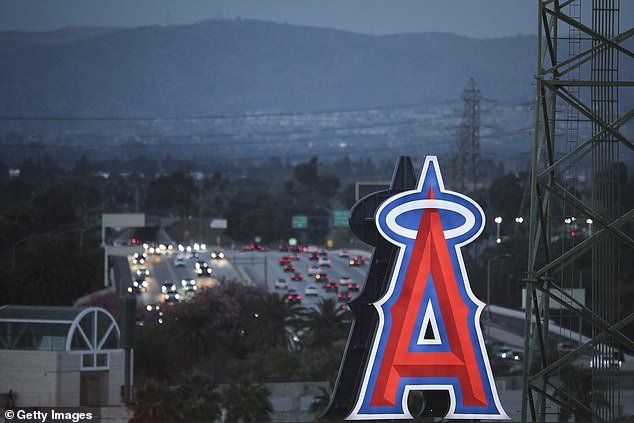 Two baseball prospects from the Dominican Republic are suing the Los Angeles Angels, claiming the team breached verbal contract agreements by opting out of deals

By Reuters and Jake Fenner for Dailymail.Com

A pair of baseball prospects in the Dominican Republic have filed a lawsuit against the Los Angeles Angels for failing to honor verbal contract agreements, ESPN’s Jeff Passan reported Thursday.

According to the report, the arguments were made on Aug. 31 in a court in the Dominican Republic after the Angels reportedly backed out of deals with Willy Fañas and Kiederson Pavon just weeks before the official signing date of Jan. 15, 2021. The lawsuits were filed in May.

The deal for Fañas, then 14 years old, was reported to be $1.8 million, while Pavon claimed it was $425,000 as a 15-year-old. According to the report, there is video of the Angels expressing their intent to sign Pavon.

While both players went on to sign with major teams — Fañas with the New York Mets and Pavon with the Texas Rangers — both are seeking millions of dollars in damages.

The Dominican Republic treats oral contracts as more binding than they are in the United States.

The Angels reportedly backed out of the deals after making a change in their front office at the end of the 2020 season.

Jose Alfredo ‘Felo’ Sanchez, a longtime coach in the Dominican Republic who worked with Fañas says the Angels informed them of their decision in a call.

“They just called us to tell us that they will not honor the agreement. They didn’t come to see him, they didn’t do anything. They just said they wouldn’t honor the deal and that was it. No explanation, no nothing.’ 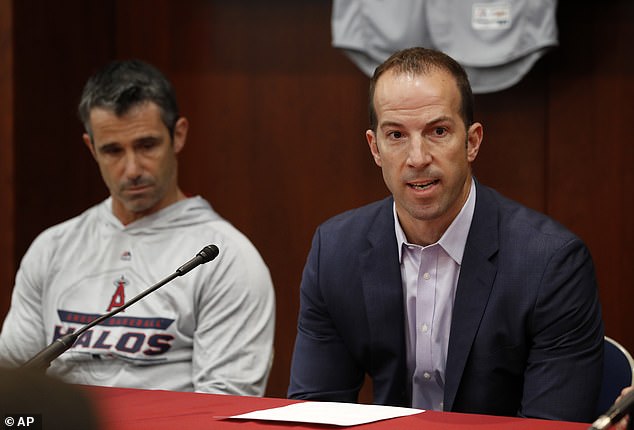 Scouts under then-Angels general manager Billy Eppler made the deals

According to Passan, players from the Dominican Republic and Venezuela “regularly sign handshake deals with teams when they are as young as 12 years old.”

This is a different process for players in the United States and Canada – including Puerto Rico – where they cannot officially sign until the age of 16.

The league tried to include the Dominican Republic and Venezuela in the upcoming drafts, but the draft was not added to the collective bargaining agreement agreed to in April, ending the owners’ lockout.

“If these players don’t take this claim to a judge, it will happen again,” said Jose Jerez, a lawyer representing Fañas and Pavon.

“It’s a matter of conscience. Is important. People need to know that this kind of deal exists. If this has no consequences, it will continue to happen in the future. 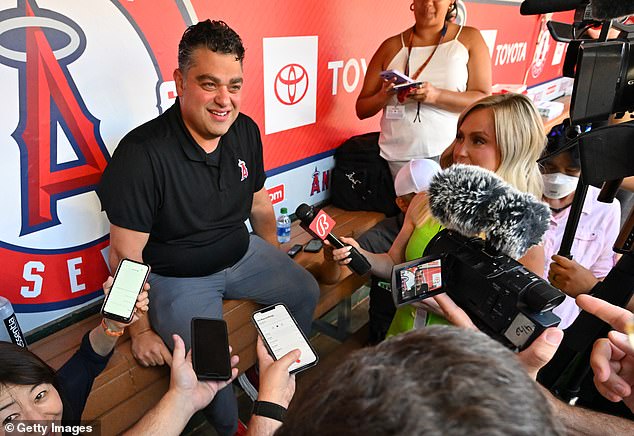 After Eppler was fired in 2020, Perry Minasian took over as the Angels’ general manager

“If Major League Baseball does not force teams to honor their agreements, this judgment will not necessarily stop the practice, but it will set a precedent. That’s what we’re after: a precedent.

“We understand that the law is on our side. Our clients have not breached their obligations and have completed all their obligations. Anaheim, unilaterally changed position without our consent.

“This change of position without justification, we believe is the most important thing here that we will discuss in court.”

Angels owner Arte Moreno expressed last month that he is exploring selling the team in a deal that has the potential to reach $2 billion. Moreno bought the team in 2003 for about $184 million. 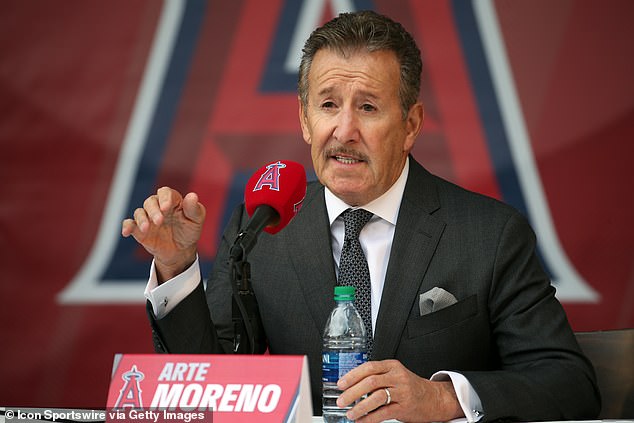 Angels owner Arte Moreno is exploring options to sell the team, which could be worth as much as $2 billion