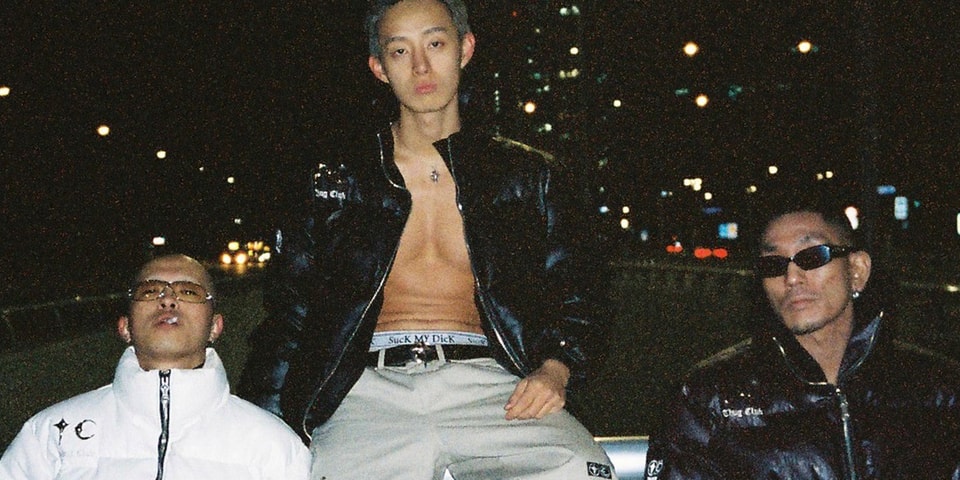 Taking the fashion world by storm in South Korea, THUG CLUB has come to the fore with their new approach to streetwear. Conceived by designer duo Min and Kwon, the Seoul-based label has carved out its niche with “luxury streetwear” defined by a subversive perspective. A leader of South Korea’s emerging streetwear evolution, the unflinching thrust from THUG CLUB represents the designer’s challenge to the established scene.

Although THUG CLUB has sported acclaimed local artists including Zico, Rain, CL and members of ITZY, and gained international recognition from MadeinTYO, 24kGoldn and more, the label serves as much more than an imprint supported by celebrities. THUG CLUB has become the benchmark of millennials and Gen Z in South Korea, becoming a name synonymous with the nation’s thriving modern culture known for its entertainment and technological innovations.

Co-founder Min has been a driving force behind THUG CLUB, thanks to his social media presence. Known for his quirky personality, the designer came from humble beginnings. Born in the province of South Korea, Min was not exposed to fashion from an early age but always stood out because of his looks. Teasing from his peers would help his rebellious spirit flourish, prompting him to make his way to Seoul.

Taking in the sights and sounds, Min was enveloped in the city’s energy, drawing inspiration from the style of those who naturally express themselves through dress, often the elderly around Seoul’s Dongmyo flea market, who worship with a no-holds-barred understanding of fashionable. .

Delving deeper into the brand, a fuller picture of THUG CLUB emerges. The two words representing the label were chosen for Min and Kwon’s new creation to respectfully convey the attitude and freedom associated with hip-hop, a thriving part of South Korea’s youth for decades. Aiming to create a community of people who want to stand out with the confidence of being careless with the attention they give and staying true to themselves.

THUG CLUB challenges how South Korea has embraced streetwear in the past, establishing its own sect out of its love of motorcycles and Seoul’s Itaewon scene, known for its appreciation of provocative music and fashion. Despite its often loud designs, detail remains a key part of THUG CLUB. Materials such as zippers and emblems are specially cast in metal to create striking indicators of the brand’s unique identity.

Check out scenes from THUG CLUB’s Instagram below and head over to the brand’s website to learn more.