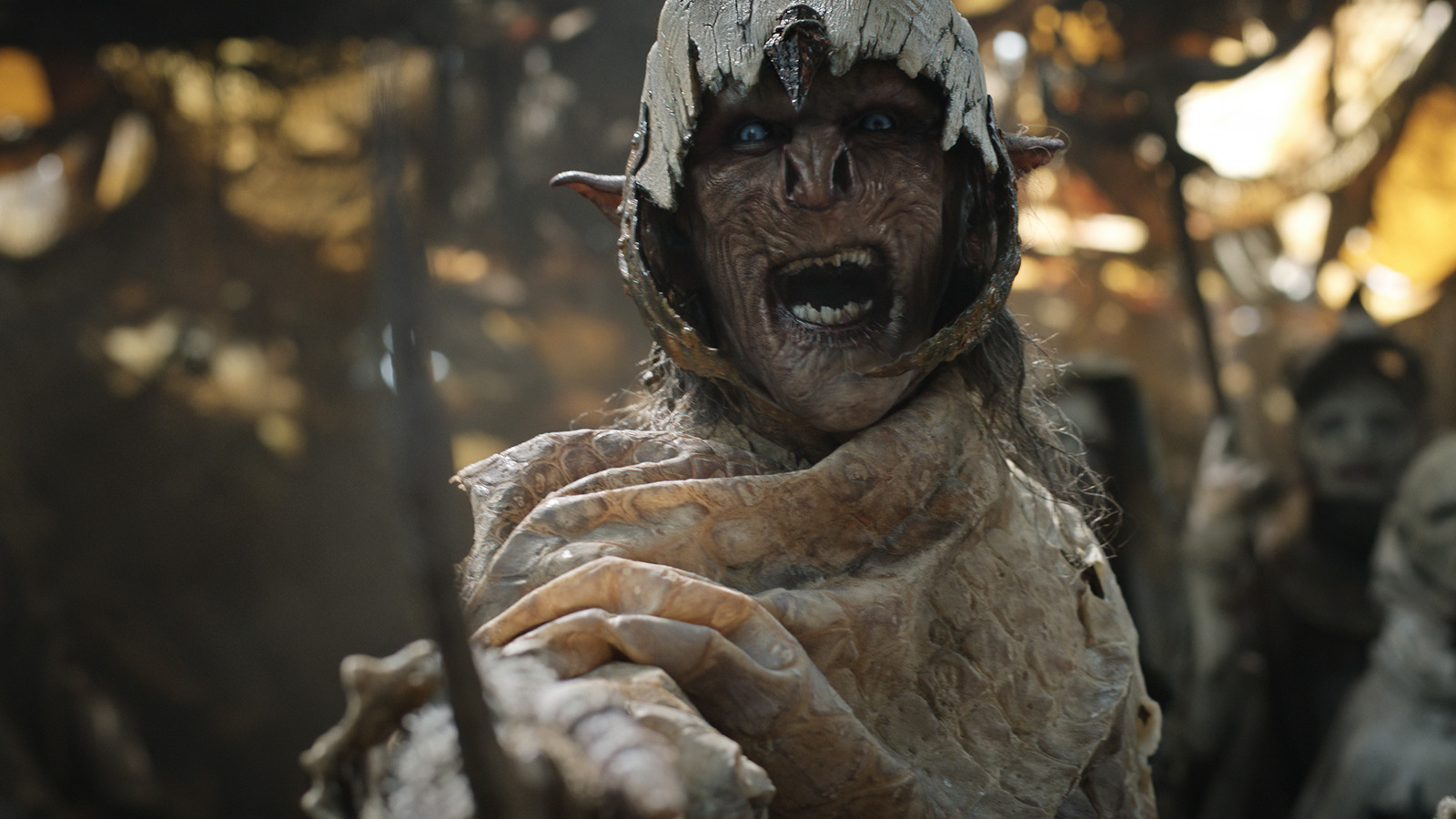 One downside to these kinds of sprawling set pieces comes from the fact that most episodes simply can’t afford to spread themselves too thin by checking in with every character. This means that after getting a lot of the spotlight last week, Elrond and Prince Durin (Wayne Arthur) are completely out of the action this time around. As for our lovable Harfoot tribe, it takes nearly 40 minutes to catch up on the drama involving Nori (Markella Kavenagh), Poppy (Megan Richards) and the enigmatic Stranger (Daniel Weyman) on the eve of the Harfoots’ planned migration. And sprinkled throughout, we watch Arondir’s increasingly desperate efforts to free himself and his fellow prisoners from the sinister orcs.

These two stories are connected by the idea of ​​how far people will go to stick their neck out for another person – whether they are owed such selflessness and self-sacrifice or not.

Among the minor ancestors of the Hobbits, this takes the form of Nori who remains hell-bent on helping the Stranger at all costs. Despite his spectacular star-related appearance last week that resulted in the ominous deaths of all those fireflies, the helpful Harfoot hatches an impromptu plan to get into Sadoc’s (Lenny Henry) book of secret star charts and give the Stranger another tool to figure out where he needs to go. In a much-needed break from the tension, we get one of the funniest sequences of the series so far, when Poppy tries to incognito instruct Nori while she runs to grab the charts right behind Sadoc’s back… even if it’s all for nothing when everyone finds out about the Stranger anyway. Who said Middle Earth has to be all doom and gloom, all the time?

In the grimy block the orcs force their captives to dig out, Arodir learns the hard way that cruelty and death can be met in an instant. Despite their valiant efforts, the senseless murders of fellow elves Médhor (Augustus Prew) and guard Revion (Simon Merrells) break something in Arondir. This bleak series ends without much hope, in stark contrast to the Harfoots gaining the Stranger’s help as they migrate to a new home, as the eponymous and apparently evil Adar finally makes his appearance in the final moments.

Sauron isn’t the only threat our heroes will have to face.