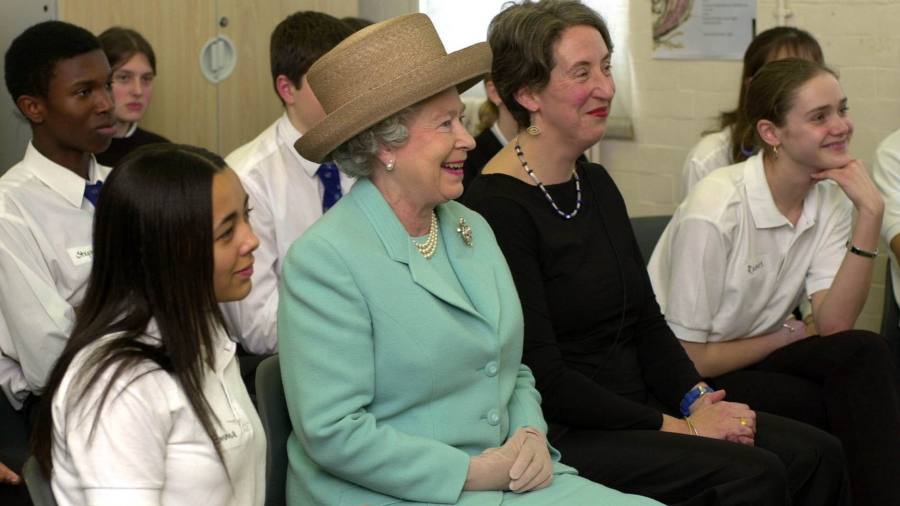 Just before I started my high school, the Queen came to visit. She left a lasting mark on the place – partly because of the plaque commemorating the new building opening, and partly because the school was deep cleaned before her visit.

Five years later, when I left, you could still see the clear line on the floor that divided the history department (which the Queen’s tour had taken her through and therefore had been cleaned, steamed and polished to within an inch of its life) and geography and sections of religious, which had been overlooked in the monarchical tour and, therefore, had not been cleaned.

It was widely rumored among the students that this was a source of considerable anger to the head of religious studies, although I’m not sure this was ever fully confirmed. But perhaps it should have been more infuriating to New Labour. I went to the inner London school that New Labor ministers loved to visit – a multiracial comprehensive that in the early 90s was a notorious failure, but by the turn of the century was turning out lawyers, teachers and financial services workers at an astonishing rate. Tony Blair visited at the height of its popularity, yet only the Queen deserved a deep clean.

In a way, my school’s hapless religion class mirrors the UK and the world: a visit from the Queen is worth getting out of the dustbin and grabbing, but a fresh-faced prime minister can pull it off.

The tributes that have poured in from around the world are in part about her longevity in office and the way she conducted herself as a monarch. In a world in constant flux, she embodied a graceful stability. But she was also the last survivor of an era when, in general, people liked their leaders quite a bit.

In the US, the electorate was still large enough in the 1960s, 1970s and 1980s to deliver lopsided electoral victories to Lyndon Johnson, Richard Nixon and Ronald Reagan, and non-racial enough to reject Nixon and the Republicans who followed him. Watergate. Facing what he rightly describes as a threat to American democracy, Joe Biden enjoys at best tepid support from a very small segment of Americans.

When Blair visited my high school, he enjoyed a 20-point acceptance rate. David Cameron, the next opposition leader to take his party to power, was lucky if his approval ratings flickered in the low single digits as prime minister.

Today Labour’s Keir Starmer, who may well be the first leader of Her Majesty’s opposition to enter Downing Street, has a better rating than the incumbent, Conservative Liz Truss, but still languishes with a net approval rating of minus 20 .

The same story is playing out in much of the world. Canada’s Justin Trudeau delivered a sophisticated and moving tribute to the Queen and won three general elections on the bounce. But he has not won the popular vote since 2015 and has remained prime minister largely because of the Conservatives’ failure to create a compelling or attractive alternative.

French President Emmanuel Macron has skilfully used tributes to the Queen to spread affection in the UK, even as the political relationship between his government and that of Truss is in poor repair. But he too is far from popular.

Although King Charles III enjoys a positive approval rating, it is in some ways inferior to that enjoyed by his mother. There is a real danger that the Queen’s death will mark the end of an era in which at least some world figures were well-liked, and our definitive entry into an altogether harsher and more cynical era.

The reason the Queen visited my grammar school – and why so many ministers did – was not because she was bored on an afternoon in east London and needed to fill the time. It was because both the Queen and her ministers recognized that creating an outstanding state school is, in itself, a worthy national endeavor and one worth celebrating.

Something important is lost when a country lacks personalities who are widely recognized and generally liked. A nation—and indeed a global community—must be a collective effort to succeed, whether we’re eradicating disease, preventing a nuclear exchange, or tackling climate change. And a degree of mutual affection and understanding is necessary for such an undertaking to be successful.

The new UK king is likable in part because he feels less aloof. A school friend once told me, quite seriously, that Camilla, the Queen Consort, looked a lot like his grandmother because they were both divorced. But I suspect that the main reason many Britons are keen to embrace King Charles is that we know we’ll lose something very important if there isn’t someone in public life who almost everyone finds at least tolerable.