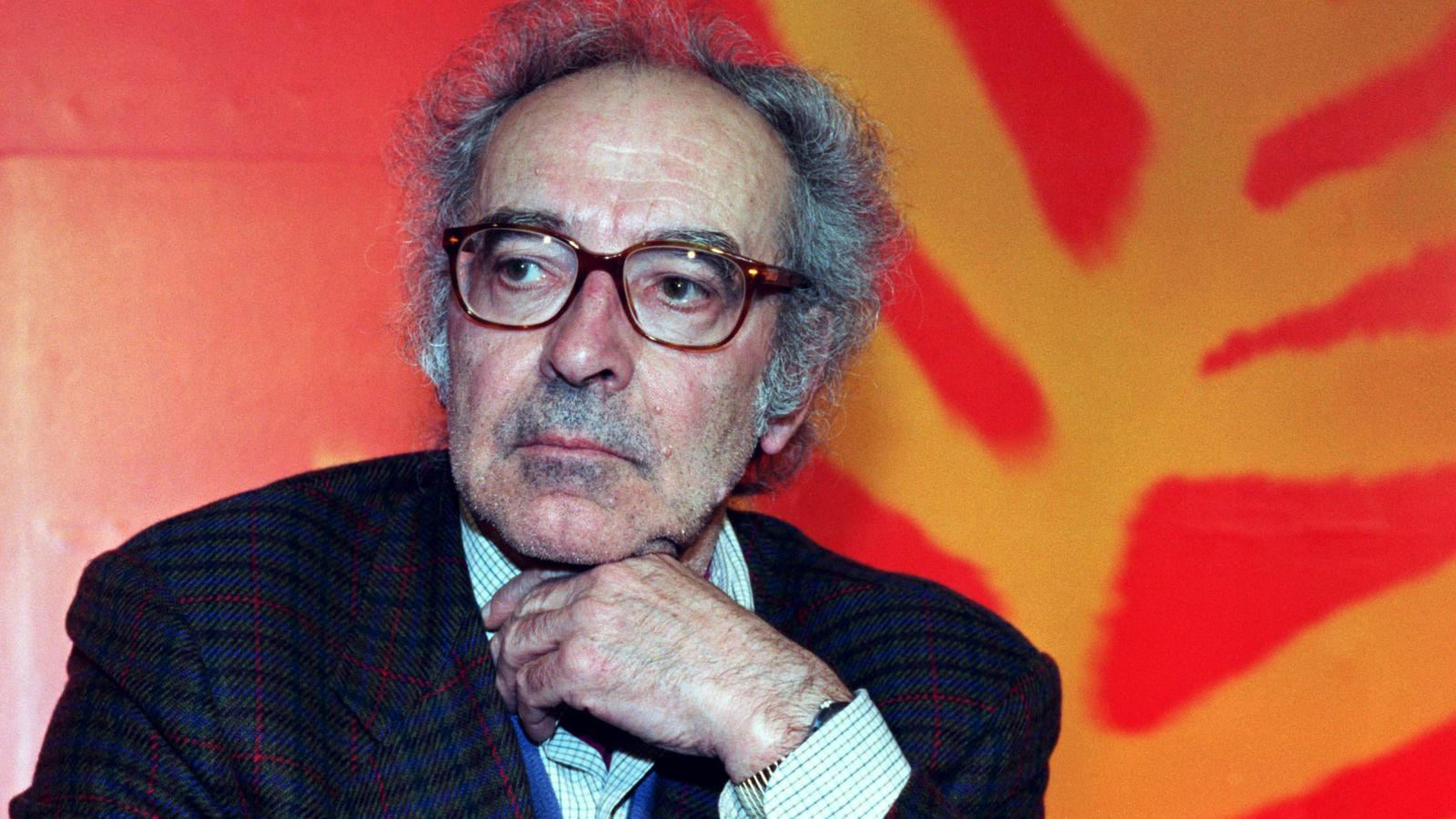 French New Wave director Jean-Luc Godard has died at the age of 91.

Dubbed the “infant terrible” of the French New Wave for his provocative work, Godard revolutionized popular cinema in 1960 with his debut feature Breathless.

The film, titled A bout de souffle in French, starred its protagonists Jean Seberg and Jean-Paul Belmondo. The unusual use of jump cuts is cited as revolutionary in cinema and is often ranked among the greatest films ever made.

Godard reportedly died peacefully surrounded by loved ones at his home in the Swiss town of Rolle on Lake Geneva on Tuesday, Swiss news agency ATS said, citing Godard’s partner Anne-Marie Miéville and her producers.

He tweeted a picture of the iconic director, calling him “the most iconoclastic of New Wave directors” who “invented a decidedly modern, fiercely freeform art form.”

He added: “We have lost a national treasure, the eye of a genius.”

Godard’s film career began in the 1950s, however, starting as a film critic before moving behind the camera, where he rewrote the rules of cinematography, sound and storytelling.

His films were often politically charged and experimental, appealing to a small circle of fans and disappointing many critics who considered them too intellectual.

Born into a wealthy Franco-Swiss family on December 3, 1930 in Paris, Godard grew up in Nyon, Switzerland, and went on to study ethnology (the study of different people and their cultures) at the Sorbonne in the French capital.

There he was drawn to the cultural scene that flourished in the Cartier Laten “cinema club” after the Second World War, and became friends with the future famous directors Francois Truffaut, Jacques Rivette and Eric Rohmer.

In 1950 he founded the short-lived Gazette du Cinema and by 1952 had begun writing for the prestigious film magazine Cahiers du Cinema.

After working on two films by fellow New Wave directors Jacques Rivette and Eric Rohmer in 1951, Godard attempted to direct his first film while traveling through North and South America with his father, but never completed it.

His first successful film was a 20-minute documentary about the construction of a dam in Switzerland called Operation Concrete. Showing initiative, he had taken a job on the construction site as a builder to finance the project.

His first real short film – All Boys Are Called Patrick – was released in 1959, with his first feature Breathless – based on a Truffaut story – released the following year.

The film tells the story of a penniless young thief who sets himself up as a Hollywood movie gangster, who flees to Italy with his girlfriend after shooting a police officer.

Godard also participated in collaborative film projects such as the French film The Seven Deadly Sins and the Italian film Let’s Have a Brainwash.

Known for his uncompromising left-wing political views, his socialist ideas often came to the fore in his work.

His lifelong championing of the Palestinian cause also drew repeated accusations of anti-Semitism, despite his insistence that he sympathized with the Jewish people and their plight in Nazi-occupied Europe.

In December 2007 he was honored by the European Film Academy with a Lifetime Achievement Award and in 2010 he was awarded an honorary Academy Award along with film historian and curator Kevin Brownlow, director-producer Francis Ford Coppola and actor Eli Wallach.

However, he decided not to go to Hollywood to receive the award, which was “for his contribution to cinema in the New Wave era”, preferring instead to stay at home in Switzerland.

Godard married Danish model and actress Anna Karina in 1961 and continued to appear in a number of his films. They divorced in 1965.

He leaves behind his partner of 44 years, the Swiss filmmaker Anne-Marie Mieville.