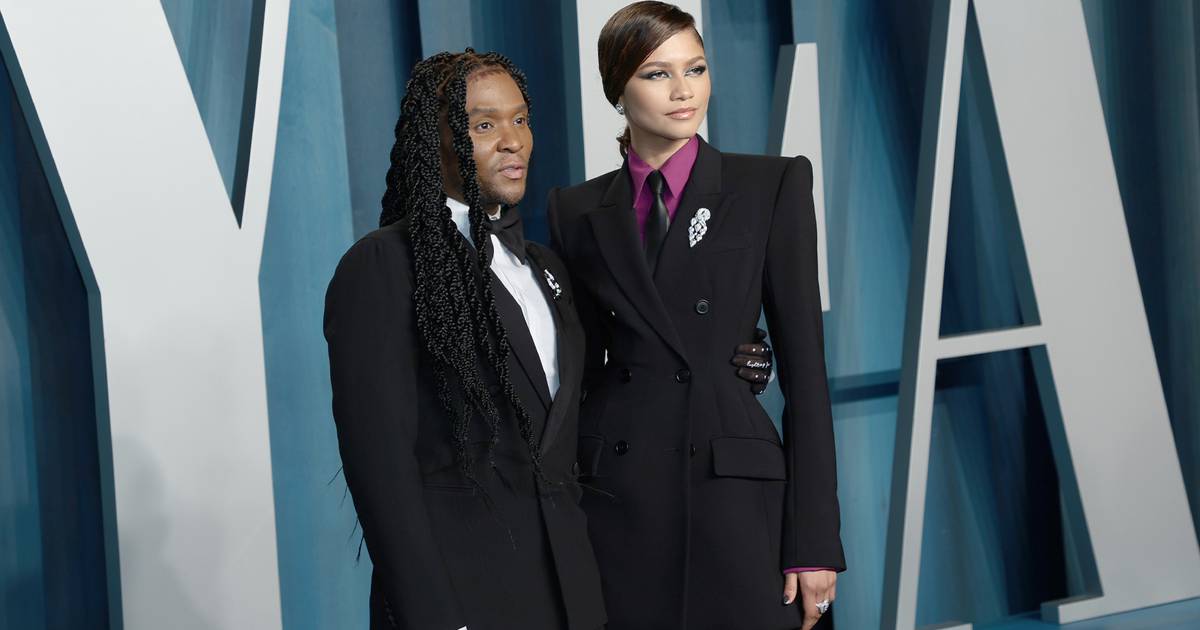 LOS ANGELES — Law Roach sits in his Los Angeles home on a hot summer morning, dressed in an SR Studio robe and large dark glasses. Work is progressing at a pace that to most may seem like a breakneck pace. For Roach, the self-proclaimed Image Architect who is responsible for some of the most unforgettable masterful makeovers and red carpet moments in recent history, the day starts at 6:00 AM. and from there, as he says, “the business doesn’t stop.”

This morning, he’s already direct-messaged with several designers, completed a daily briefing with his six-member team, contacted the producers of Legendary, the HBO Max dance competition series on which he serves as a judge, and spoke with his attorney . He also managed to prepare looks for racing driver Lewis Hamilton for an upcoming premiere. It’s only 10am. The rest of the day will be much the same, ending with a red-eye flight to New York to dress his client Megan Thee Stallion for her album promotion.

Roach’s life contains many moving parts. He has designed it that way. Roach has pushed the traditional boundaries of what it means to be a celebrity stylist, with multiple streams of income and a level of personal celebrity that goes far beyond the red carpet. Some of his biggest clients are people you’ll never see in the tabloids or at an awards show: He makes more these days raising the fashion profile of high-net-worth individuals — net worths as low as nine figures — than any other job.

Each aspect feeds into the other, adding up to a business that brings in revenue in the mid-seven figures, Roach said.

“We’ve all learned that you have to diversify to really get to a place of financial freedom,” he said.

In this, he mirrors his customers. Today, celebrities are just as likely to earn the bulk of their income from launching a beauty line or being ambassadors for a luxury brand as appearing in movies or releasing albums. The hallmark of Roach’s success is his ability to spot the changing nature of the celebrity industry and put himself and his clients at the center of it.

“It takes more than good style to build a business like Law’s,” said Kent Belden, CEO and founder of The Only Agency, the Los Angeles-based artist agency that represents Roach. “His strength is a product of his persistence. It’s very, very diverse when it comes to our cross industries.”

Creating his own lane

Roach moved to Los Angeles from Chicago in 2014. He dreamed of being included The Hollywood ReporterThe annual list of the most powerful stylist and to have his name appear in high-level discussions in the entertainment industry. His inspiration: stylist Rachel Zoe, who in the 2000s went from working exclusively with celebrity clients to having her own TV show, media platform, lifestyle brand collaborations and clothing line, and focused on creating a similar path.

“Rachel was my window into what was possible,” Roach said, “I wanted that version of my career. I knew I wanted to differentiate myself in front of the camera and everything I’ve done so far has been very strategic. It’s about having the right conversations at the right time.”

His first move was to forego the larger budgets he was used to when working with musicians, who made up the bulk of his early work and who generally have a larger wardrobe budget than actresses.

“The studios give a percentage and sometimes you go into the red,” Roach recalls, “But if you’re going to build that kind of career, you have to make the actors and the awards, those are investments you just have to make and hopefully get return on investment (ROI). Maybe I didn’t make money on a press tour, but it could lead to a campaign and that’s what makes it profitable. You take these customers and they bring you with them.”

Roach credits his work with singer Celine Dion as the moment people began to notice his ability as a stylist.

“I say this with all humility, but no one was going viral before I put her in Vetements and Off White,” he said. “People started really paying attention to me and my work, and I got a reputation for being able to transform people.”

Zendaya is arguably Roach’s most famous client. The pair have been together for over a decade since the actress’ Disney days. He was a staunch supporter of Roach. as her star has risen, so has his. Their partnership has made it clear what doors can open when a fashion profile is built strategically and with authentic alignment: In addition to events and red carpets, she has styled campaigns ranging from Valentino to Smart Water and Lancôme.

“Zendaya came in and supported me and that was really unprecedented,” Roach said of their relationship. “It gave people a benchmark to go in and negotiate. Our relationship was able to break down some doors. [Campaigns and covers] it didn’t just happen. One of my proudest things is being able to be that reference point and hearing people say, “I’m looking for my Zendaya.” That’s the power of being true to each other.”

For the 74th Primetime Emmy Awards on Monday, Roach will dress Zendaya, who is nominated for four Emmys, including Euphoria star Kerry Washington, who hosts and Hunter Schafer for the after party.

Beyond the red carpet

Roach said he continues to find a balance between lucrative jobs and those where the relationships or exposure are worth more than the pay.

He said he can have a “significant percentage” to work on ad campaigns — Roach manages an average of 13 campaigns a year with his various celebrity clients, some of which run as many as four times a year. In addition to Zendaya, she also styles Priyanka Chopra for Bulgari, Max Factor and Gloria Vanderbilt, Kerry Washington for Neutrogena and Hailee Steinfeld for Core Water.

That helps offset red carpet gigs, which still require a fair amount of work—from sewing to shipping to messengers—but a lot less money.

He is also capable of stretching the definition of what it means to be a celebrity stylist. He is one of the few in his field to make the leap from red carpet dressing to editorial work, with his looks appearing on 32 magazine covers in 2021.

Roach has also led the wave of brand partnerships and more opportunities for stars to capitalize on their celebrity. In 2019, he acted as creative director on a line with Tommy Hilfiger and Zendaya and launched a capsule collection with Herve Leger under his own name.

“His customers wearing the (Herve Leger) collection really resonated with our customers and we could see that in our sales,” said Melissa Lefere-Cobb, Herve Leger SVP.

Roach began appearing on Legendary in 2020. Acting as a “Simon Cowell” type character, Roach pays close attention to what each competing house is wearing and whether their appearance tells a story.

“I’ve created this type of alter ego character that’s a little bit me, and also something that I’ve created on purpose,” Roach said.

That persona, along with his social media presence and presence at global fashion events, has led to unexpected opportunities, including appearing alongside Zendaya and her makeup artist Sheika Daley in a recent ad for Lancôme’s Teint Idole foundation .

“We’ve been working with Lancôme since 2019, but I had no idea they wanted me on it,” said Roach of the ad. “So the Lancôme team had this idea to incorporate some of Zendaya’s closest confidantes, and that was me and Sheika.”

For Roach, appearing on television is a clear path to growing an even bigger business.

“I thought about having products and being on TV is still one of the best ways to promote and build an audience,” he said.

In addition to business opportunities, Roach knows the kind of representation he can create by having such a large, multi-faceted platform.

As early as 2017, when his own star was beginning to rise, he began working with a roster of private clients who hire him as much for his connections in the fashion world as for his styling skills. That business is now his biggest source of income, he said.

“She has amazing style in her own right, and she didn’t need a stylist, she needed a sounding board,” Roach said. “She wanted to raise her profile in the fashion world, so I took her and got her some magazine covers and had her sit in the sewing room.”

These services don’t come cheap – hence the need for a nine-figure net worth.

“You have to have a certain budget to have these services,” Roach said. “Someone can say, ‘Go find a McQueen dress from the Shipwreck collection,’ and they can fly me to Paris or London.”

The openness with which Roach discusses business breaks out of the norm of fashion style circles and makes it clear that he is as much a bottom-line-focused entrepreneur as he is a creative force. He’s also more objective when discussing the details of his financial success.

“I also see it as ambitious,” Roach said. “Someone who looks like me, where I come from, and doesn’t know that this is possible – if people take me to talk about my money and success in a certain way, I don’t mind, because I didn’t know that was possible until I did. I did”.