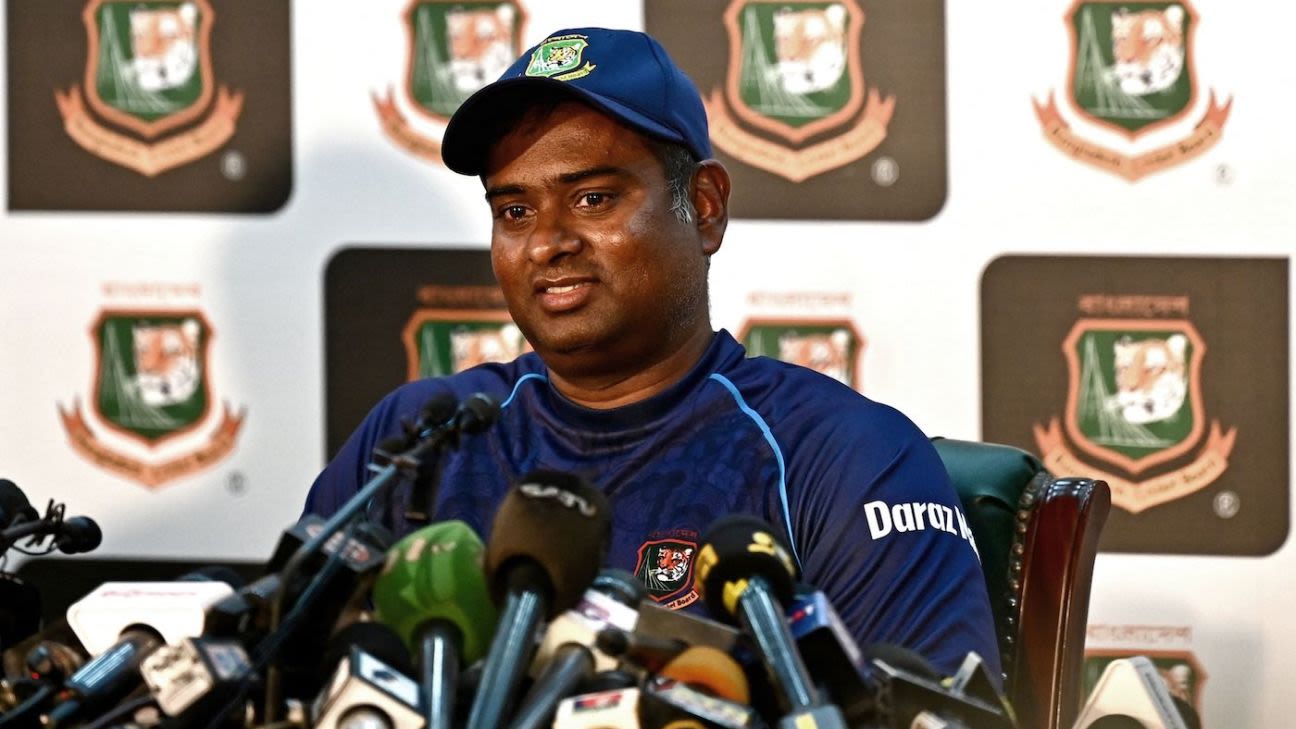 Bangladesh technical advisor Sridharan Sriram believes that ‘impact’ in T20 cricket trumps all others. Even performance.

In his first press conference in Dhaka, Sriram – virtually embedded in the T20I squad – said he believes a good performance can even be detrimental to a team unless it has a direct bearing on the outcome of a T20 game.

“I’m looking for impact, not performance,” Sriram said, moments after Bangladesh announced their T20 World Cup squad. “Bangladesh will win if seven or eight players make an impact. 30 or 25 balls, off 17-18 is an impact for me. A small example of that is the way Mossadegh [Hossain] went after [Wanindu] Hasaranga in the over after Mahmudullah is out [at the Asia Cup]. This is an impact. I think performance is overrated in T20 cricket. A team could still lose if they have players. But if we have more of an impact, chances are, we’ll win more games.”

Sriram said Bangladesh’s struggles in closing out matches from tight situations is an area that needs improvement. In nine T20Is this year, Bangladesh have lost seven matches, following a poor performance in last year’s T20 World Cup in the United Arab Emirates. Sriram believes it could be a lack of skill or mentality, or both, that is holding the team back.

“We want to win crucial moments in the game. Bangladesh have lost many close T20 games. The overall results would look much better if we had won half of those games. Why we lose close games is something I am very interested in you understanding.

“We have to be aware of the critical moment. If we win small moments, overall we can put those results together. Chances are we will win close games. It could be skill, execution or it could be mental. What is he thinking about those situations? Those conversations are going on with the team leadership team. We’re doing one-on-ones and small groups as well,” Sriram said.

Sriram is also keen to work with the Bangladeshi returnees. Litton Das, Nurul Hasan and Yasir Ali missed the Asia Cup due to injuries, but Sriram believes they have the right skills to take the team in the right direction after the World Cup.

“Litton Das is an established cricketer and Nurul has good knowledge of his game,” Sriram said. “I am very keen to see more from Yasir. He has the power that Bangladesh lack as a T20 team. Someone who can clear the ropes and find the boundaries. I think Rabbi [Yasir] it’s a very exciting prospect.

Sriram hit back at a suggestion that a good performance by Bangladesh at the T20 World Cup in Australia next month would earn him a contract extension. Rather, he said, he wanted to focus on the positives from the Asia Cup, where he felt the team showed fighting qualities despite defeats to Afghanistan and Sri Lanka.

“I am not here to extend my contract. I am here to do my job to the best of my ability for the time I have a contract,” Sriram said. “Thinking about overtime is not the right way to operate. I will do my best for Bangladesh. I wear my heart and soul for this team.

“There was a huge positive in the way we played in the Asia Cup. We needed to win both the games but that doesn’t mean we didn’t play good cricket. Please everyone don’t rely on results. Results are everything. sport but we have to there’s a process and a plan. As long as we have that direction, that’s all I’m accountable for.”