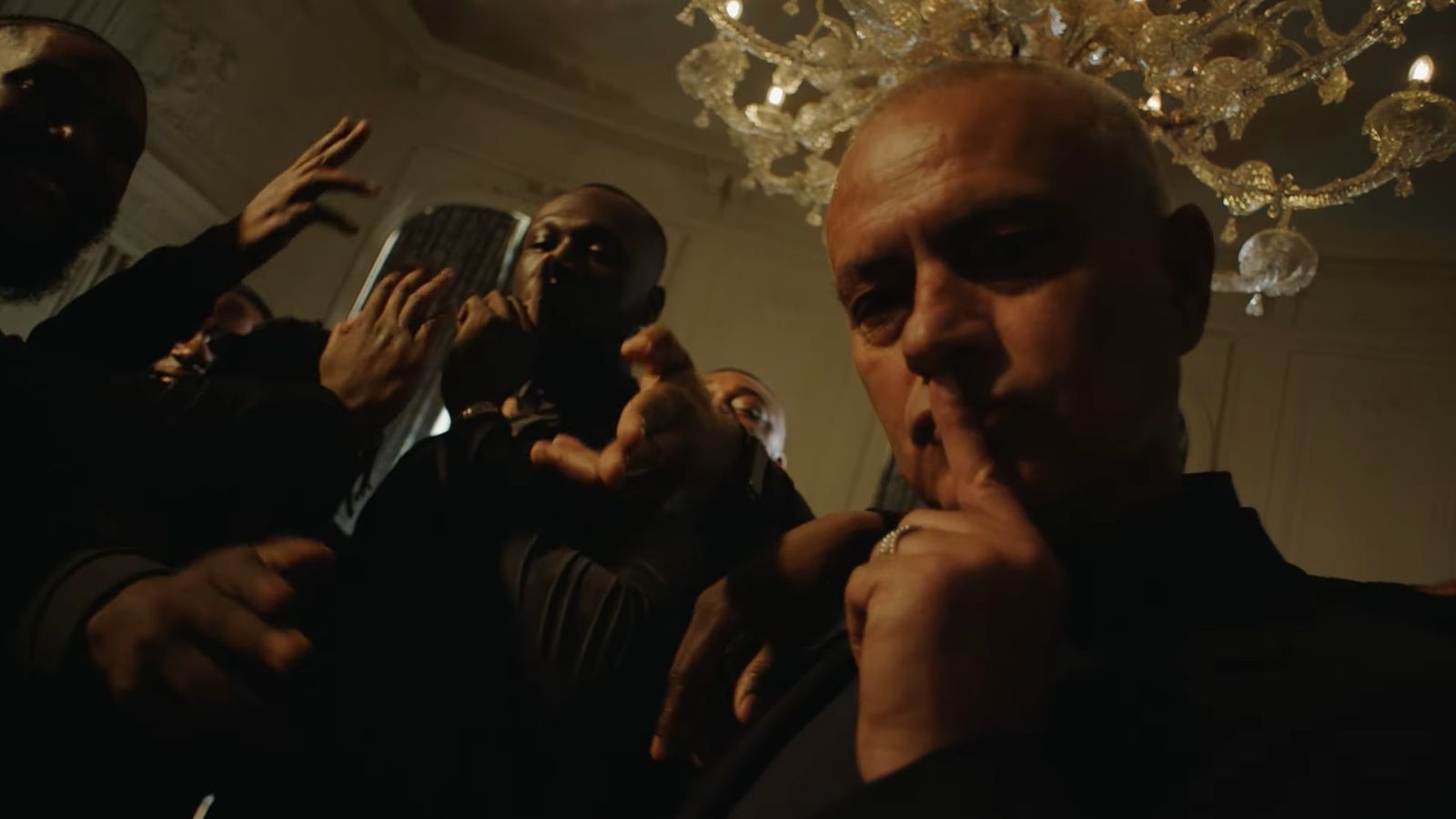 Stormzy has sparked an enthusiastic response online with the surprise release of a new 11-minute music video featuring a host of cameos including Usain Bolt, Jose Mourinho and Louis Theroux.

Mel Made Me Do is the rapper’s first solo effort in nearly three years, and his sharp, spinning rhymes put his songwriting prowess and delivery on full display.

The surprise release on Thursday night sparked an immediate explosion of recognition online, garnering more than half a million views on YouTube within hours.

Much of the initial excitement on social media focused on Mourinho’s appearance – and a reference to the popular meme of the football manager’s “if I talk I’m in big trouble” comment.

But there was also widespread praise for cameos from a number of pioneers of black British culture, including Gabrielle, Ian Wright, Jazzie B, Malorie Blackman, Trevor Nelson, Dave, JME and a tribute to the late SBTV founder Jamal Edwards.

Stormzy opens the track with him in a theater, saying, “I’ve been the goat for so long, I guess it’s not exciting when I win.

“Well of course they don’t like me, I’m the king.”

The first verse also includes a possible reference to fellow rapper Chip, who has released a series of so-called diss tracks aimed at Stormzy.

Stormzy doesn’t check him out, she just rhymes, “Hey, tell me why, why should I answer him?

“Leaving him hanging like Kyrie on the rim, hmm.”

Despite not being mentioned by name, Chip posted a tweet seemingly in response, asking: “Why am I trending.”

As he sits on the sofa saying “We don’t lie”, Louis Theroux – himself the subject of the rap-related meme – chimes in and they both add the next line: “I think the kids call it no cappin'”.

Later, the video features a photo of Stormzy standing with Mourinho – both holding their fingers to their lips – and samples a famous clip of the former Chelsea manager in which he says: “I’d really rather not talk, if I talk, I have a big problem.”

The reception on social media was almost universal in its praise, with many suggesting that the artist had chosen to showcase his prowess as a rapper, after his massive popularity in recent years had prompted accusations that it had been overshadowed by his as a pop star.

Reacting to the video, writer and poet Musa Okwonga said: “Stormzy’s new track is incredible. He’s never dropped so well. Great use of patterns and flows, and this video is an instant classic. Oh my god.”