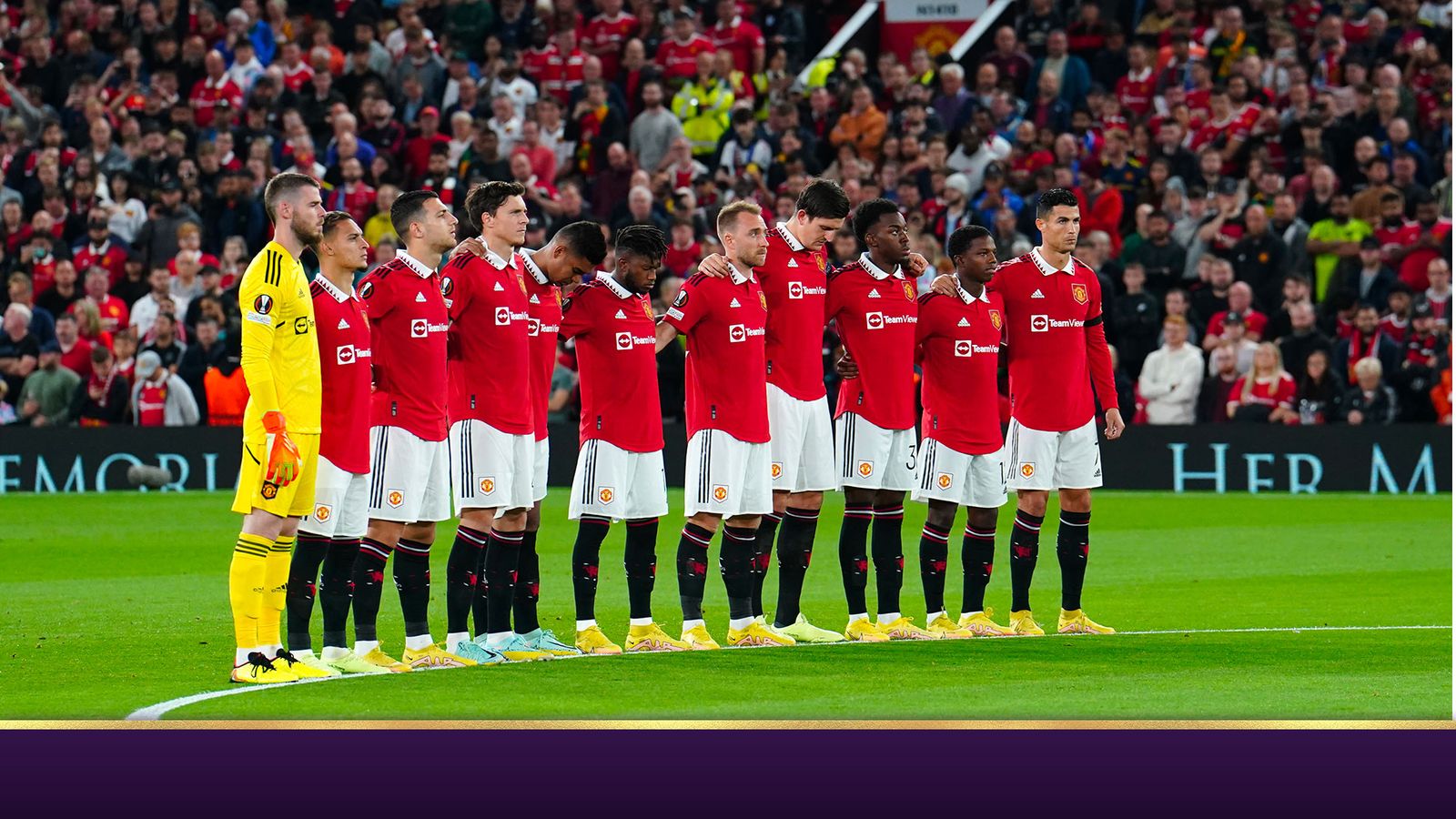 Some sporting events have been canceled following the Queen’s death, but others are continuing.

The football associations of England, Wales and Scotland have postponed all matches for next week, from the Premier League to grassroots.

The FA’s decision, which came after the suspension of the Premier League and the English Football League, delays the start of the Women’s Super League season and comes despite a government directive which said there was no official obligation to cancel matches.

It is understood that the suspension of matches was agreed purely as a sign of respect Britain’s longest-reigning monarchalthough some fans and public figures expressed criticism on social media, saying that sports would have brought people together.

Many said the postponements would also add to match congestion ahead of this fall’s World Cup in Qatar.

Instead, rugby league and rugby union matches will go ahead as planned, the RFL and RFU have confirmed.

The RFL said its decision to play across the sport reflected a “desire to come together” between teams and within communities, with black armbands and periods of silence to be observed.

England’s RFU said all rugby union matches would be played as scheduled to “help us all come together in this time of national mourning”.

The Scottish Rugby Union has delayed all domestic matches this weekend as a mark of respect, while the women’s summer international test between Scotland and Spain on Sunday is also off.

The British Horseracing Authority also confirmed that the race would not be run on Saturday but would return as normal the following day with an extended nine-race card scheduled for Doncaster.

The England and Wales Cricket Board (EWC) has announced that cricket will resume on Saturday, with the start of the third Test against South Africa included in the line-up. For her decision, she cited the government’s guidelines for sports.

Read more:
What changes with the Queen’s death – and when?
Photographer reveals the story behind the Queen’s last public photo

The BBC Proms concert scheduled for Friday was cancelled, as was the famous Last Night of the Proms, which was due to take place on Saturday.

The Mercury Prize was one of the most notable events postponed on Thursday night.

Read more:
King Charles in pictures
The events that shaped the new king of Britain

The Sandringham Game and Country Fair, due to take place on the Sandringham estate at the weekend, was canceled as a mark of respect shortly after the Queen’s death was announced.

The women’s world middleweight title fight between Savannah Marshall and Claressa Shields, scheduled for London’s O2 Arena on Saturday, has been called off.

The Italian Grand Prix will go ahead as scheduled on Sunday, with a minute’s silence scheduled before Friday practice and another expected before the race.

PGA Championship golf at Wentworth will continue on Saturday as a 54-hole event.

The Lawn Tennis Association also announced that the group stage of the Davis Cup Finals with Great Britain, Kazakhstan, the Netherlands and the USA, scheduled to take place in Glasgow between September 13 and 18, will go ahead as planned.

If the state funeral takes place on one of these dates then no game will be played on that day and the affected tie will be rescheduled.

The TUC union said its annual conference, due to start on Sunday, would be rescheduled to a later date.

It is early in the period of national mourning and decisions on events planned for next week are likely to continue to be made over the weekend.

In welcome news for commuters, rail strikes due to take place on Thursday and Saturday have been called off by the three participating unions as a mark of respect.

The criminal lawyers’ strike will continue, although demonstrations outside the courts and parliament have been called off.

And the Bank of England’s next interest rate decision, due on Thursday, has been pushed back by a week to Thursday 22 September.

Ahead of London Fashion Week, which is due to start on September 16, organizers are understood to have allowed shows to take place that would not clash with the funeral, but parties have been cancelled.

So why are some things canceled and others not?

The government directive states: “There is no obligation to cancel or postpone events and sporting events or to close entertainment venues during the period of National Mourning.

“This is at the discretion of individual organizations.

“Out of respect, organizations may wish to consider canceling or postponing events or closing venues on the day of the state funeral.

“They are under no obligation to do so and that is entirely at the discretion of individual organisations.

“If sporting events or events are planned for the day of the state funeral, organizations may want to adjust the times of the events so that they do not conflict with the times of the funeral and associated processions.

“As a mark of respect and in keeping with the tone of National Mourning, organizers may wish to observe a period of silence and/or play the National Anthem at the start of events or sporting matches and players may wish to wear black armbands. “