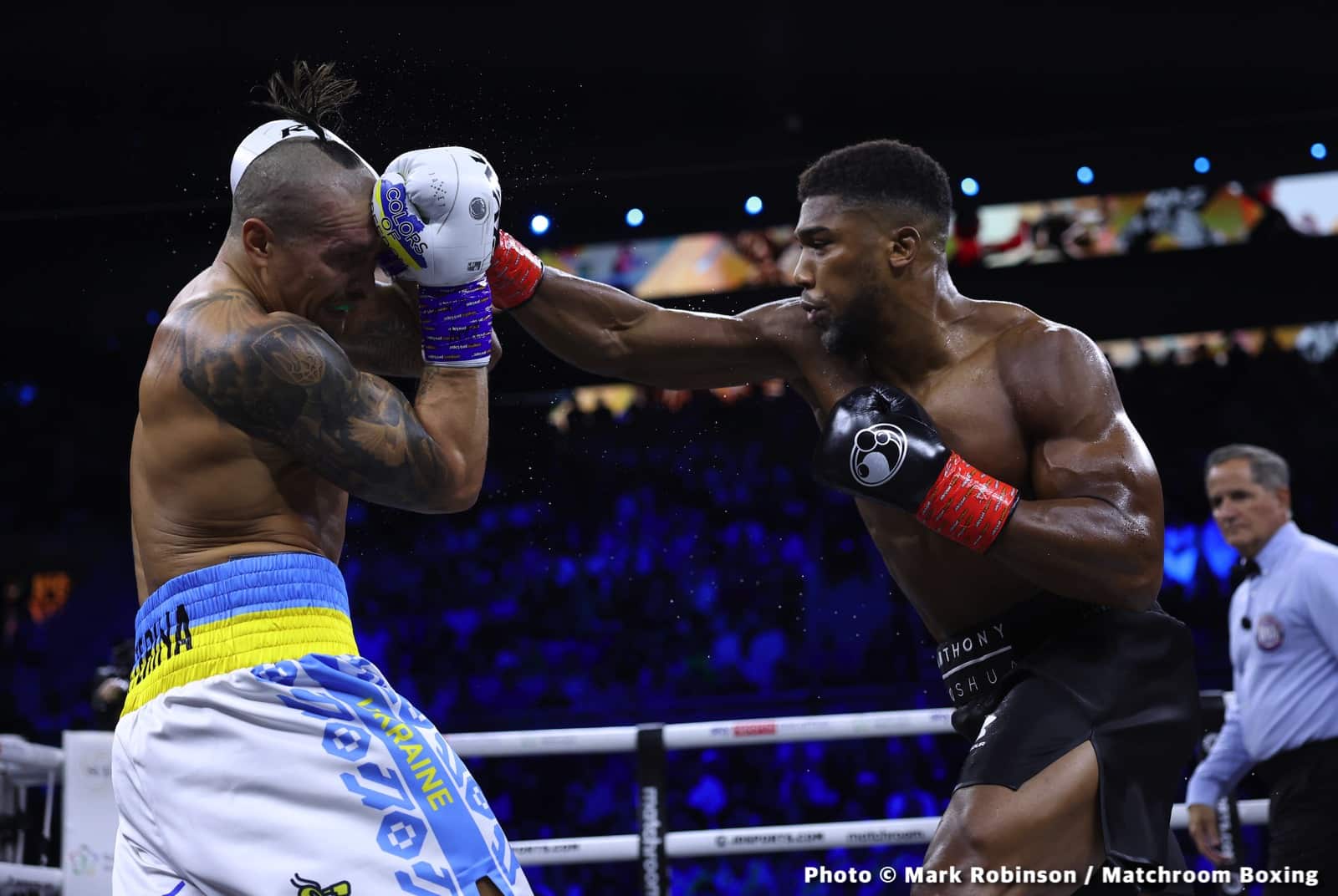 With Alan Fox: Fans are all over the place over whether Anthony Joshua should rush back into the ring to challenge WBC heavyweight champion Tyson Fury in November or December.

It’s certainly a risky fight for former two-division world champion Joshua (24-3, 22 KOs), given he’s lost three of his last five fights and would be facing arguably the best heavyweight in the world in Fury.

The bigger question is whether Joshua’s back-to-back losses to Oleksandr Usyk have dented his confidence. If not, this is a worthwhile fight.

Joshua probably doesn’t need any extra time with his new trainer Robert Garcia because he’s as good as he’s going to get. For Joshua to beat Fury, he has enough boxing skills to get the job done with what he showed in his recent fight against Usyk.

If Joshua stays out and uses his jab, he has a good chance of beating Fury because the “Gypsy King” doesn’t have the same jab and his hand speed isn’t as good.

Fury’s game is a style that involves him holding, leaning, grabbing and throwing a lot of clubbing shots at close range. It would be a mistake for Joshua to try to fight Fury on the inside because it will wear him down.

“Anthony Joshua’s loss last month to Oleksandr Usyk appeared to end any chance of a fight between Joshua and Tyson Fury. However, with Usyk out until next year, Fury has invited Joshua for a fight in December,” Chris Mannix told DAZN JABS.

“Joshua has accepted the fight at least on social media and Fury’s promoter Frank Warren says there have been some preliminary discussions about staging the fight. Sergio, is it a good idea or a bad idea for AJ to fight Fury before the end of the year? Mannix said.

“He is a man of his word. I like the fact that he’s going for Joshua in the world. Not just in the UK in England, but in the world. Two big ones and we didn’t get to see them for the undisputed championship with all the belts on the line.

“Joshua, on the other hand, is a dream come true for anyone in the heavyweight division,” Mora said.

“I think he has a confidence issue as a fighter, having lost two straight to Oleksander Usyk and I think he needs more time with his new training staff, whether it’s Robert Garcia continuing as his trainer or someone else coming in. to praise Angel Fernandez.

“Also, while there’s a lot of money in a Joshua-Fury fight right now, don’t you think there’s a lot more money in it if Joshua recovers with two or three wins and Fury continues to fight for the undisputed championship in the first quarter or 2023?

“Joshua vs. Fury for the undisputed title in the second half of next year. This is a huge money race, whether in the UK, the Middle East or anywhere in the world.

“Look, if Fury wants to go on and fight some kind of stay-busy fight, look at Derek Chisora. He wants the fight. He probably isn’t going to make himself clear. This is a big race in the UK. Fury would win this very easily.

“I think you put off a fight with Joshua as long as you can to make the most money for him six to eight months from now,” Mannix said.

“You’re completely crazy,” Mora said. “Save it for another Andy Ruiz who could come in and knock Joshua out? No. Tyson Fury could slip on a banana peel and get injured and be sidelined or lose to Usyk.

“No, these are things you don’t expect. You don’t let them marinate. You don’t go out and hope for the best. You make it happen while it’s still hot.

“Tyson is the biggest, most popular champion in the world. He is the heavyweight champion and holds the WBC belt. Joshua, on the other hand, is a two-time champion and still popular. he is still the man. If you put him in front of a billboard and people will know who he is.

“They’re going to want to buy that pay-per-view. Selling the promotion of this will be amazing. I’m all in. Make it happen now. They don’t need to go anywhere else.

“This is the time to make it because if you don’t make it now, it’s never going to happen.” We’ll never get the fight we really want to see. I’m all for it,” Mora said.

“That’s where you’re wrong, saying it’s never going to happen. Of course, it will happen,” Mannix said. “Fury has been in and out of retirement half a dozen times in the last six months.

“Now, he’s talking about fighting a lot of people in 2023. He recently said if Deontay Wilder beats Andy Ruiz, ‘I guess I’ll fight Deontay Wilder for the fourth time to defend that WBC title.’

“I love that your arguments against Fury-Joshua waiting a little longer Fury can slip on a banana peel. This is absurd. Fury could theoretically be beaten by Oleksandr Usyk, but he will be a huge favorite in this fight.

“He will have so many physical tools at his disposal in this match. Just think how massive this fight against Joshua would be if Joshua had a few wins under his belt.

“Get some of that momentum back, get some experience with that coach and Fury wins the undisputed championship. This is a huge fight, not two years from now, but ten months from now in September next year,” Mannix said.

“You live in a fairy tale world. This is boxing, the hurt business, and anything can change with one punch,” Mora said. “Joshua, we know how vulnerable he is.

“You said psychologically. sometimes it has, sometimes it doesn’t. He juggles coaches now and then. He trains everywhere,” Mora said.

“That’s why you don’t put him up against someone real,” Mannix said.

“That’s why you cash in and take it while the acquisition is good,” Mora said. “Joshua, even though he lost, put up a good fight in a valiant effort.

“Now, go from that to Tyson Fury, the biggest fight in the world, other than Crawford-Spence, that’s never going to happen. Give me Fury-Joshua,” Mora said.

“Where was that argument when I was pushing Ryan Garcia to face Tank Davis?” Mannix said. “Where was it, ‘Make the fight now while it can be done?’ Where was that?”

“This is very different. Are you talking about a 23-year-old kid with problems outside the ring?’ said Maura.

“It’s different. We’re talking about a grown man [Joshua] in his 30s who has already been at the top many times,” Mora said. “It’s a completely different story.” 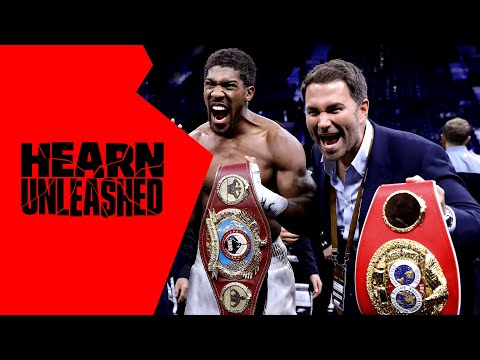