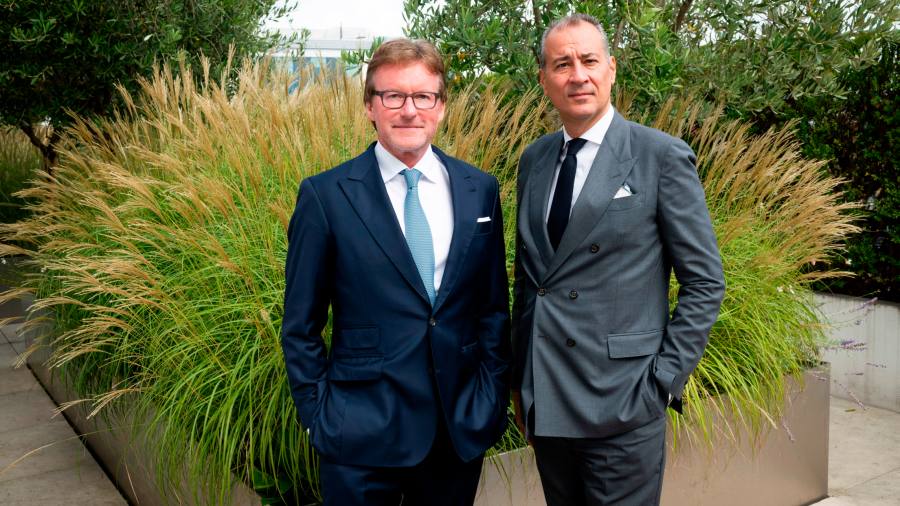 The owners of Selfridges are targeting regional towns, potentially paving the way for the retailer’s first new UK stores in two decades, as they look ahead to what is likely to be a tough trading period.

The luxury department store group operates from its iconic Beaux Arts building on London’s Oxford Street, plus one store in Birmingham and two in Manchester. It hasn’t opened a new store in the UK for almost 20 years.

“Our strategy is not only to stay in capital cities with stores of 20, 30 or 50,000 square meters, but also to be present in second-tier cities or even small towns like St Gallen. [in Switzerland]”, said Stefano Della Valle, CEO of Central Group Europe.

The Thai-owned company, controlled by the Chirathivat family, is one half of the business that bought Selfridges from the Weston family’s Anglo-Canadian arm for £4bn late last year. Austrian real estate group Signa is the other partner.

“We have no plans as of today for new stores in the UK, but we are always alive to opportunities, as we were in Germany,” Della Valle told the Financial Times.

The venture is working on a new store in the German industrial city of Dusseldorf to complement KaDeWe in Berlin and Oberpollinger in Munich.

High-end department stores have traditionally only traded from a small number of locations in premium cities, reflecting the relatively narrow customer base for their expensive products and the high operating costs of large luxury stores.

Harvey Nichols has four large UK stores outside London, while Harrods, Liberty and Fortnum & Mason have none outside the British capital.

But the closure of many mainstream department stores has created voids in some major cities.

“We believe that we are the only viable solution for luxury brands in terms of distribution, so we are interested in being present not only in the capitals but also in the regional cities,” said Della Valle, noting that the group operates nine Globus stores in Switzerland. and nine Rinascente stores in Italy.

The department store group is undaunted by Oxford Street’s well-documented problems. it has been choked with traffic and its pace has yet to recover to pre-pandemic levels as travel restrictions and sanctions keep away Chinese and Russian tourists.

In recent years there has also been a proliferation of tacky American candy shops on Oxford Street, damaging its image as a premium shopping destination.

“Yes, we have these problems at the moment, but I am almost certain that London will remain one of the great centers of the world as it has been for centuries,” said Della Valle.

A more immediate priority for the project is the renovation of the Oxford Street food hall, which could take two to three years.

Directors are also evaluating options for the former hotel and car park behind Selfridges’ huge head office building, which form part of the property but have remained largely unused since the hotel closed in 2008.

Dieter Berninghaus, executive chairman of Signa, said the intention of any refurbishment would be “to upgrade the whole Oxford Street area to make it more vibrant, more exciting and more diverse than it is now”.

“We need a good understanding not only of the building but also of the whole environment. . . how will this area develop, what is the best idea for 10, 20 or 30 years?” he added.

Selfridges is opposite Marks and Spencer’s Marble Arch store, which is the subject of a planning inquiry after the retailer submitted proposals to redevelop the site into a mix of office and retail use. Further east, John Lewis is also evaluating whether to convert the upper floors of its London flagship to office use.

But Berninghaus stressed that any Selfridges plan was more likely to increase retail space and integrate it with hotels and restaurants than reduce it.

“At Selfridges, we really have the opportunity to take over and integrate a very, very healthy, highly innovative and very modern business. . . in my experience it is one of the best retailers in the world,” he said.

Della Valle added that there were only limited opportunities for synergy between its subsidiaries. “Our network is a collection of stores. We cannot copy and paste what we do in the UK to Italy or from Italy to Denmark.”

However, some aspects of the Selfridges model can be exported elsewhere, notably its commitment to sustainability, which Della Valle described as “one of the pillars of our strategy”.

He and Berninghaus acknowledged that the consequences of the pandemic were challenging. The absence of affluent tourists had been largely mitigated by efforts to increase the number of domestic buyers, but rising energy costs have begun to put pressure on local consumers.

“But again, being a long-term investor and a strong group, we believe we can face and get through this difficult period,” said Della Valle. “For the luxury consumer, the crisis is there — but they’re probably a little less sensitive.”