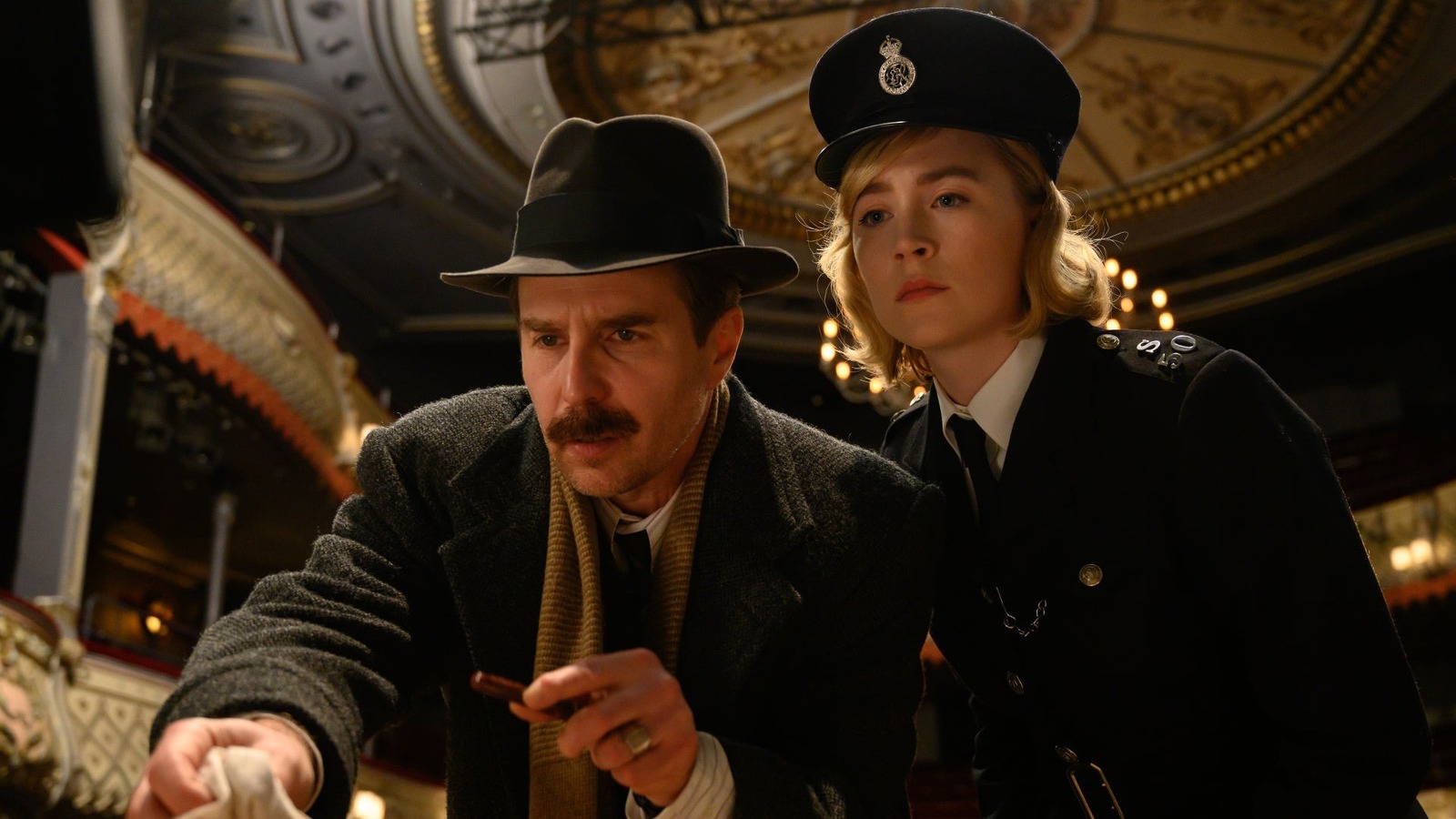 I want to talk about the two drivers. You have this odd couple, the seasoned down-on-his-luck detective and the eager younger constable. Can you talk about getting these actors on the same page? The tone they strike is specific, these sometimes tragic characters who are also ridiculous by the nature of their situation.

I think casting does a lot of work. You have to find actors who instinctively have a feel for the material and how it should be played. And some, Saoirse in particular, got it from day one. They understood how the show should work or could work better in that piece because you have a world where it’s the theater world and it’s a period world and it’s a murder mystery. There is a danger that the show will grow and become something theatrical in itself. That the actors end up playing the period in some way or playing the idea of ​​these past songs they’ve seen. And I was really clear that I thought the performances had to be part of the thread that made this film distinctly a contemporary piece. That they should have a modern comedic tone. And therein lies Sam and Saoirse’s instincts. I think in general, and especially in this part, they trust that their writing will be funny if played dead, and they don’t need to overemphasize the comedy to land it.

The film has one foot in reality, since The Mousetrap is a real play and you have some characters who are real people, like the young Richard Attenborough. But it tells its own story. Can you talk about walking the line between reality and fantasy? Is this an alternate reality?

This is a big question. Part of the fun of the film, I think, is that it’s rooted in familiar elements of both the whodunit genre in terms of character tropes and the kind of devices that drive those stories. And also some real life characters who [are] rooted in that time and place of 1953 London and specifically in the context of the West End theater land where the film is based. And I think the balance was not to become a slave… It’s not a faithful biopic. I hope we get to the characters who are real life characters with love and respect.

And especially in the case of Dicky Attenborough, that was certainly our intention. And it was something that [actor] Harris Dickinson and I talked at the top, to what extent should this be informed by his real life? It was clear that this version of Dicky we were portraying here was a very specific guy, as he is the kind of actor who always tries to inform his art with observations of real people or the world around him. He’s always looking to use something for his next great look. And I think it was that side of the character that Harrison and I gravitated towards and we didn’t get too hung up on trying to tell Richard Attenborough’s story, but hopefully portraying him in a loving light because he’s one of the greats.

[Writer Mark Chappell’s] The script was thick with these and from memory, the ones you picked are definitely staples. One of my favorites, although not a direct reference, is when Sheila says how Agatha Christie would love it if someone took one of her stories and twisted and manipulated it just for entertainment, which is very simple. Our place. But as far as intentional or clear references, when Mervin says that unusual line when he’s first on the scene, when he says, “That’s the idea? Let the angry jade shiver? Round up all the suspects, then interrogate each one us in turn until the mystery is solved?’

Well, “galed jade wince” is the line from “Hamlet” and the play within the play in Hamlet is called “The Mousetrap”. That’s where Christie’s title comes into play [came from]. So you can see that everything started to eat itself over time, but at the same time, it was important to have these right things in the right balance. If there are too many, what looks like jokes, I think it alienates the audience. You know what we wanted were these little easter eggs for true fans of the genre or these plays and books, but if you miss it, no judgement. There are tons of other fun things to get involved in, if that makes sense.

“See How They Run” is now in theaters.