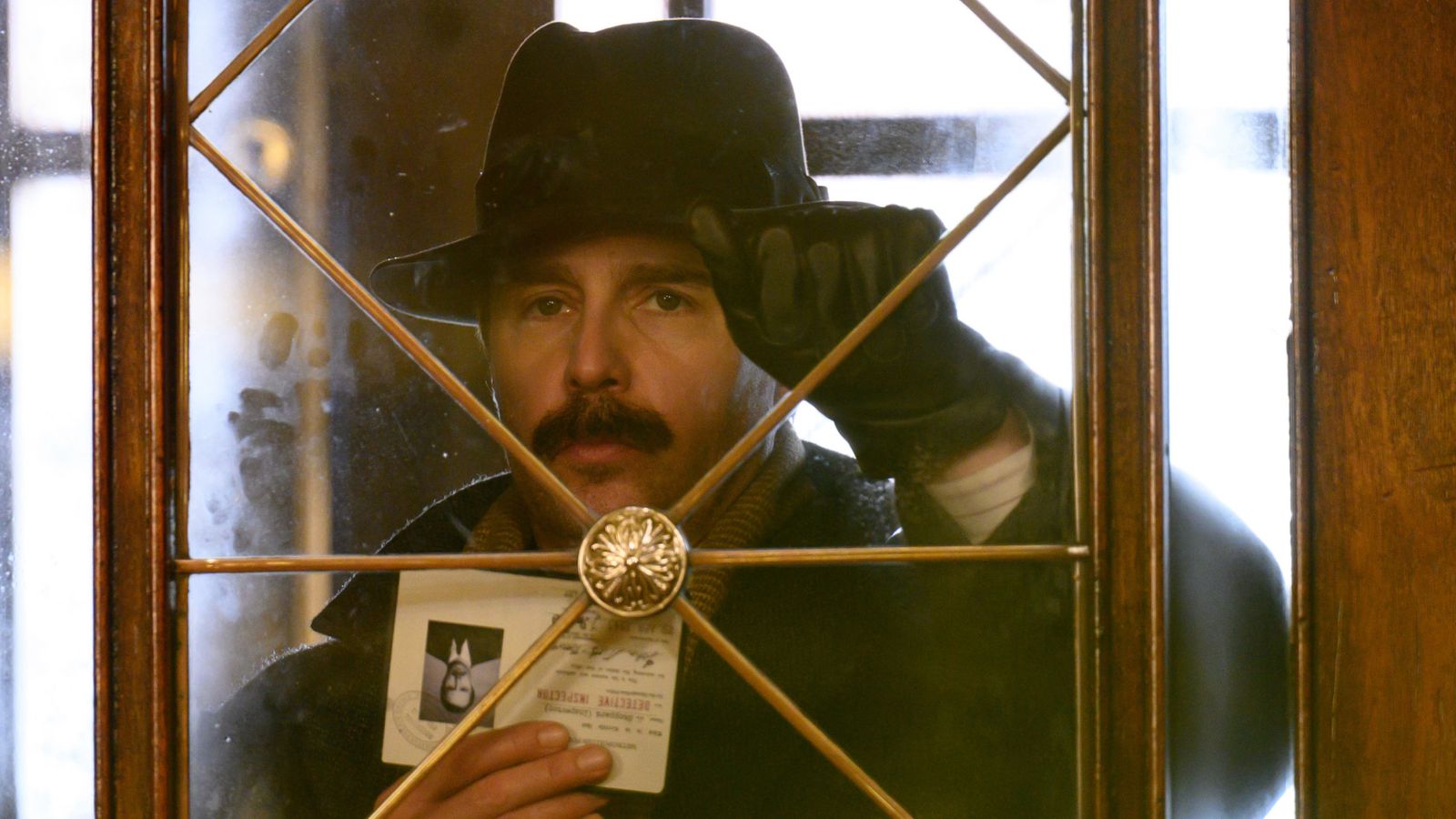 New film See How They Run is set around a fictional West End production of Agatha Christie’s The Mousetrap.

And it’s not just the play that audiences will recognize – a cast of famous faces make up the suspect list, with Sam Rockwell and Saoirse Ronan playing the police team sent to solve the case.

Rockwell, who won an Oscar for playing a troubled cop in Three Billboards Outside Ebbing Missouri, told Sky News that this latest role – a cynical Scotland Yard detective – was an opportunity for him.

“I’m drawn to some misanthropic characters. And I hadn’t done a British accent in a while – I’d never done it on camera, I’d done it on stage twice, so it was really scary. But it was fun and challenging.

“But then again, playing a grumpy detective is fun, except for the British accent.”

The 53-year-old actor admits he has been dabbling in classic films to nail the right voice for the character.

“I watched everything – you name it, I watched it. Anything I could get my hands on, from Nil By Mouth to Mike Leigh, Educating Rita, Alfie.”

The rest of the ensemble cast is a mix of Hollywood stars and British comedy actors. Rockwell says having so much talent on set helped him perform at his best.

“It just brings out the best in you because they’re out there bringing their A-game… It’s inspiring.”

This mix of British comedy stars and A-listers has been curated by director Tom George, best known for the Bafta-winning mockumentary This Country.

George told Sky News he made a conscious decision to do something different with See How They Run – although there are similarities between the two projects.

He explained: “When you’ve done one thing, everybody wants you to do it again, generally, I’ve definitely been sent a few scripts for mockumentaries and it’s like, that’s the last thing I want!

“Well, that came up just as we were finishing the series finale of This Country, and at first glance they couldn’t be more different, but it was also the kind of common threads between them that made me feel like I like them. it was something I could relate to.

“You know, even though it’s a period piece, at its heart it’s a character comedy and it’s the story of these two detectives and whether they can come together and solve this case.

“And you also have this meta-layer to the game – just like in This Country you have the fictional form and you can use it to tell a story in interesting ways or add humor in a certain way.

“It’s a whodunnit, but it’s also a movie about whodunnits, so again, you have that kind of extra layer to tell a story in a slightly original way.”

With the film set around the West End, the pandemic gave the filmmakers the opportunity to shoot in cinemas closed due to COVID, which, under normal circumstances, would have been impossible to use as locations.

“It was half lockdown and we went to the Old Vic and then shot at the Savoy Hotel,” Rockwell explained.

“I went back there about nine months ago for another film and it was completely different, people everywhere. So really the contrast was scary and amazing.”

Rockwell, who has spent much of his career on stage, added that it was hard not to know what the future holds for this industry.

“We were worried about the theatre. It’s back, thank God – I was in rehearsals for a play right before the pandemic and then we did it on Broadway recently. But it was scary, people were saying the theater might be dead for good.”

George admits that while it was a great opportunity in terms of making the film, it felt weird.

“It was bittersweet because, you know, these amazing venues closed, they couldn’t get people and they didn’t know when they could come back.

“A little silver lining was being able to help them bridge the gap a little bit from a business standpoint, but we also had the opportunity to shoot in these incredible spaces that I’m not sure when you’ll get the chance again.”

See How They Run is now in theaters.