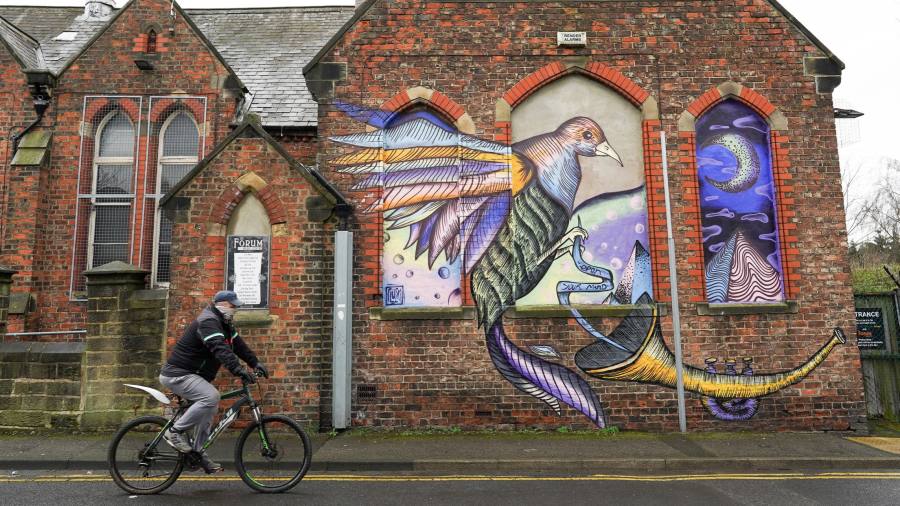 Inflation is hitting the government’s ability to deliver its flagship local regeneration program as rising construction costs force projects across Britain to be delayed, scaled back or cancelled, councils warn.

Plans to spend £4.8 billion on the ‘levelling’ program – designed to reduce regional economic inequalities by reviving roads and upgrading infrastructure – are central to the Conservative party’s election promise.

But with inflation expected to hover in the low double digits this autumn, councils are already reporting that funds crucial to delivering projects ahead of the 2024 general election will no longer be sufficient, creating a looming political headache for the new Prime Minister Liz Truss.

“It’s a huge issue for our councils,” said Sharon Taylor, vice-chair of the District Council Network, a cross-party group of 183 councils.

“The government needs to recognize the rising costs, otherwise these projects will not be completed and we will end up in 2024 with half the number. . . or many are not completed,” he added.

A survey of DCN members this summer found that 40 percent of respondents said the effects of inflation would force them to delay the proposals or make them unviable in their current form.

The investigation found 12 developments, worth £184 million, were at risk, including a high street project where costs had risen by 10 per cent and a leisure center where they had risen by 15 per cent.

Delivering projects from the various “levelling” pots, including those for cities, high streets and the rise, is key for Conservative candidates, particularly in “red wall” areas – seats in the north and midlands that traditionally they voted Labour, many of whom the Tories won for the first time in 2019, often by small majorities.

Will Tanner, director of the Onward think tank, which has been instrumental in developing Tory thinking on policy, said inflation would pose serious challenges for Simon Clarke, the new equalization secretary.

“We may see projects scaled back or stopped altogether because they cannot be delivered and the politics of that is very difficult for the prime minister and the Conservative party,” he said.

Among the options for Truss would be to upgrade the fund in line with inflation, which Tanner said was unlikely because of other budget pressures, or ask the Treasury to raid other budgets that were not spent at all.

The leveling department said it was working with councils to understand the effects of inflation. “We are working closely with all levels of government to relentlessly drive forward our shared ambition to see improvements through our growth, cities and roads funds,” he added.

But councilors and Whitehall insiders said there was no expectation of extra cash from central government.

Eamonn O’Brien, leader of the opposition Labor council in Bury, a town in north-west England with an ultra-fringe Tory parliamentary constituency, said rising construction costs were putting a strain on grants the authority had received for local upgrades.

“So far, the government has been adamant that it will not complete the successful projects, despite estimates showing that millions more are needed,” he added.

In nearby Bolton – an area with two marginal Tory seats which has received £20m from the Government for a new college – Conservative leader Martin Cox said contractors were contracts to cover inflation, demanding cost reviews every few months.

“Anyone who has a fixed amount to spend recognizes that they have to spend it sooner rather than later,” he said, but warned that the rush to deliver is likely to create a strain on manufacturing capacity.

Councils are also facing a wider budget squeeze, making it harder for them to cover shortfalls in their spending plans.

In the east city of Norwich, plans for a £1.7m refurbishment of a 1960s office building with 4,000 new homes clustered around it have been reshaped due to rising costs.

Stephen Evans, chief executive of Norwich Council, said that with the authority’s budget gap expected to triple to £6m thanks to inflationary pressures, delivering on the capital investment program was becoming more difficult than ever.

It was “highly unlikely” the government would upgrade the grants, he said, and it should consider ways to help councils, such as giving more flexibility to shift grants to prioritize the delivery of at least some projects.

“When allocating money, the government needs to take into account the construction pressures councils face,” he added.

In the former mining area of ​​Barnsley, South Yorkshire, the council won £20 million from the towns’ coffers to regenerate the former pit town of Goldthorpe.

With construction inflation hovering around 13%, adding millions in extra costs, the entire capital program is being reviewed. Labor leader Steve Houghton said some plans “will have to be put on hold”.

A delayed grounding of the projects would deal a major blow to the Conservatives’ election plans, he said, adding: “They’re not going to get these wins in the time frame they thought they would.