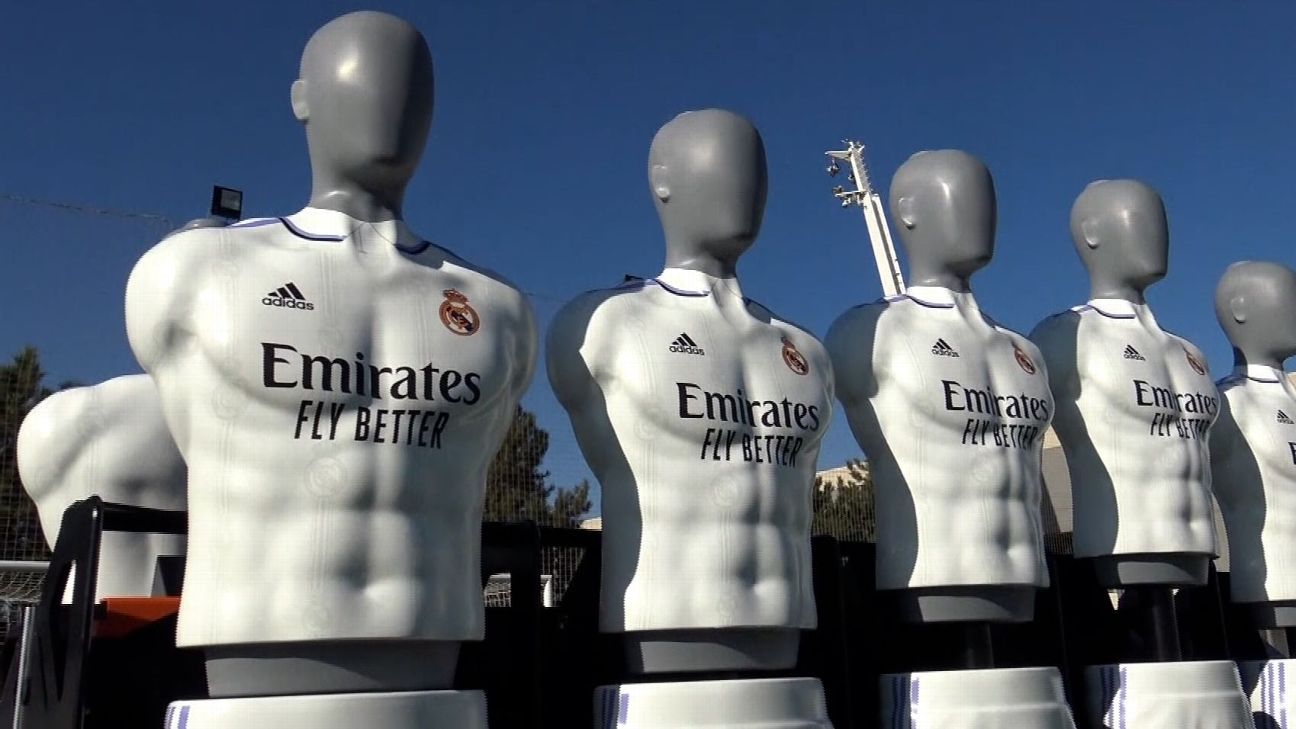 Free kick practice at the training ground of Real Madrid, the reigning Champions League and LaLiga champions, and Luka Modric stands over the ball.

He takes three short steps before hitting the ball with his right. The five-man wall jumps to meet the delivery, but it curls high, over and over their heads and into the net.

But wait a minute. This is no ordinary defensive wall. It’s not made up of actual players, for starters, despite their humanoid form — sculpted torsos wearing this season’s Real Madrid kit — and perfectly timed upward movement.

This is Madrid’s new robotic free-kick wall, which caused quite a stir when the club posted a video showing off their fancy new gadget on social media last week.

It’s the most high-profile showcase yet for this latest training0ground innovation, but Madrid aren’t the only ones taking advantage of this new technology.

The company behind it is FreeKickPro, based in Valkenswaard, a town just outside of Eindhoven in the Netherlands.

“With all the innovation in the world of soccer, the way every club in the world trains, one of the most defining parts of the game has never evolved from the yellow mannequins,” Machiel Debets of FreeKickPro told ESPN. “The state of training has absolutely nothing to do with the resistance experienced by the players in a game: the height of the players, the number of players, the visibility and the ability to jump.”

In the never-ending quest for marginal gains, the robotic wall is a big step up from the same old flat, plastic player outlines that even some elite clubs have been using for years.

“FreeKickPro allows you to model the actual wall of any opponent with the same behavior,” said Debets. “Clubs already know the probability of taking a free kick during their next match and the behavior of their opponent’s wall. With FreeKickPro they can replay this situation a day or two before the game.

“We don’t have to explain to anyone in the football world the importance of a free kick. They just never had the equipment to train properly. Now they do.”

The company has worked with a number of Dutch clubs, including local giants PSV Eindhoven and Feyenoord, as well as Lyon in France, and was linked with Real Madrid in July this year.

“During the summer we were linked with Real Madrid and Davide,” Debets told ESPN. “We delivered the product to Madrid and demonstrated the use of FreeKickPro during one of their training sessions. To have a world-class club embracing our product makes us really proud. It’s confirmation that our innovation is being accepted by the world of football.”

Madrid’s video went viral on social media — with one million views on Twitter and over 700,000 likes on Instagram — predictably driving demand.

“There is not a single club that is not interested. If we show them our videos, it goes without saying,” Debets said. “Obviously with Real Madrid publishing their free-kick training sessions, the interest has gone through the roof. The number of requests has been really crazy.”

The device is controlled via a tablet, with a range of variables allowing for a more authentic emulation of the scenarios players such as Modric, Dani Ceballos, Vinicius Junior and Toni Kroos – all featured in the video – will encounter during duration of a game.

“You choose the number of players to put up the wall: four, five or six,” Debets told ESPN. “You configure player heights through our app. You configure which players have to jump. After training, you can immediately revisit recorded shots in our data and analytics platform.”

ALABA FREE KICK GOLAZO WITH HIS FIRST TOUCH OF THE MATCH 🤯 pic.twitter.com/Bto4ZoMMsb

And there is already evidence to suggest it is paying dividends for Real Madrid on the pitch.

When the team conceded a free-kick in the 74th minute of their LaLiga opener in Almeria on August 14, with the score tied at 1-1, Davide Ancelotti saw to it that David Alaba was brought on quickly from the bench.

The defender responded by stepping up and curling the ball up and over the defender bouncing into the wall and into the net, and that goal proved to be the winner.

“Before I go in, [Carlo] Ancelotti told me to take the foul because I was going to score,” Alaba said after the match. “After the goal he said to me ‘Look, I told you!’

Now we know why the Madrid coach was so confident.