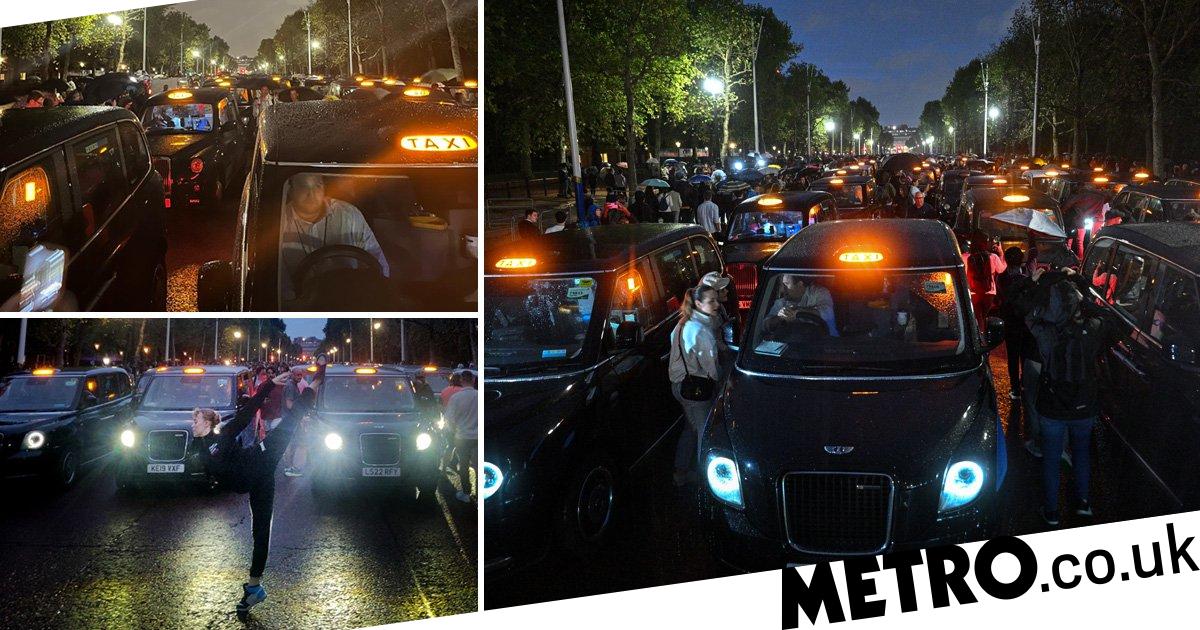 Black taxis have been lined up along the Mall in a spectacular tribute to the Queen.

Lines of iconic Hackney carriages sauntered down to Buckingham Palace as crowds began to flock there.

The nation enters at least 12 days of official mourning and tributes pour in for the iconic monarch.

Wagie, 37, has been a black taxi driver for seven years. He told Metro.co.uk: “The Queen’s death is a sad moment for the nation.

“As London Taxi we came here to pay tribute and pay our respects to her.

“Most of us only know her as the Queen as she has been on the throne for 70 years.

“I was here without anyone telling me, and everyone [other black cab drivers] it’s already here.

“It’s good to see everyone coming together – there are lots of people here today from other parts of the world, even if they’re on holiday or just passing through.”

The news of the monarch’s death was confirmed by Buckingham Palace in a short announcement.

It read: “The Queen passed away peacefully at Balmoral this afternoon

“The King and The Queen Consort will remain at Balmoral this evening and return to London tomorrow.”

New Prime Minister Liz Truss led tributes to the monarch with a statement from Downing Street.

Dressed in black, she said the news was a “huge shock to the nation and the world”.

“It is an extraordinary achievement to preside with such dignity and grace for 70 years,” he said. “The service life extended beyond most of our living memories.

“In return she was loved and admired by people in the UK and around the world.”