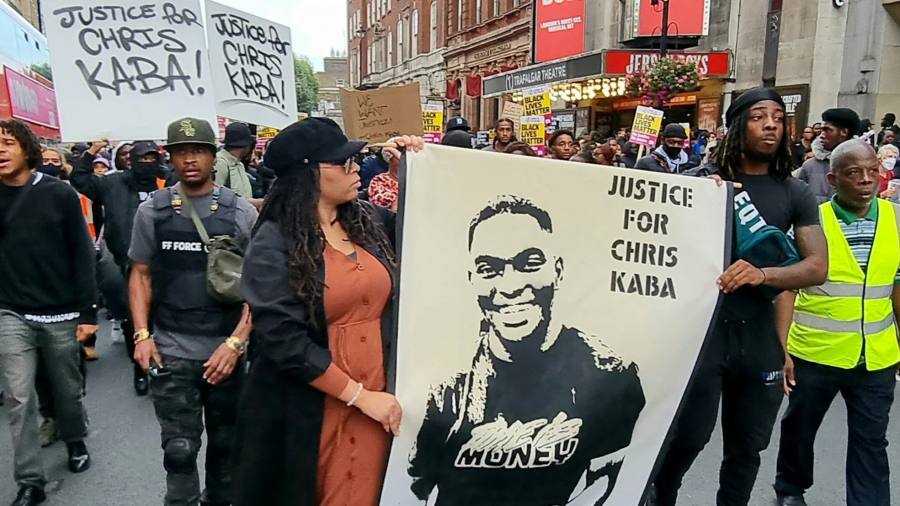 Police for England and Wales said they would investigate whether race played a role in the shooting death of Chris Kaba, an unarmed 24-year-old black man, by London’s Metropolitan Police.

Kamba was fatally shot by a single bullet on the evening of September 5 by specialist firearms officers in Streatham Hill, south London.

The shooting occurred when officers attempted to “stop and detain” the vehicle that Kamba was driving, which was not registered. It had been flagged by an automatic number plate recognition camera as being linked to a firearms offence.

The Independent Office for Policing Conduct confirmed on September 9 that a homicide investigation was underway, and Assistant Commissioner Amanda Pearson this week said the officer who shot Kaba had been removed from frontline duty.

Kamba’s death has reignited concerns about racism in UK policing and follows several scandals involving London’s police force, including the highly publicized killing of Sarah Everard by a serving officer.

The IOPC said on Friday that as part of its investigation it will examine whether Kaba’s race had influenced officers’ decision-making and investigate key details such as how the vehicle Kaba was driving came to be flagged in their system.

Campa’s family has repeatedly expressed concern that race played a role in his death, saying last week that they are “concerned that if Chris wasn’t black, he would have been arrested . . . and his life was not cut short.”

MPs, activists and celebrities including musician Stormzy marched in London last week, demanding justice and clarification from police about the circumstances of Kaba’s death.

Sal Naseem, the IOPC’s regional director for London, said he fully appreciated that Kaba’s family had “unanswered questions” and that the watchdog would aim to complete its investigation within six to nine months.

“We made further contact with Chris’ family this week to answer a number of questions. . . and to privately and confidentially offer them the opportunity to view video as soon as possible,” he said.

According to the findings of an autopsy conducted on September 9, Kamba, who was a father-to-be, was killed by a single wound to the head. The forensic investigation is expected to begin on October 4.