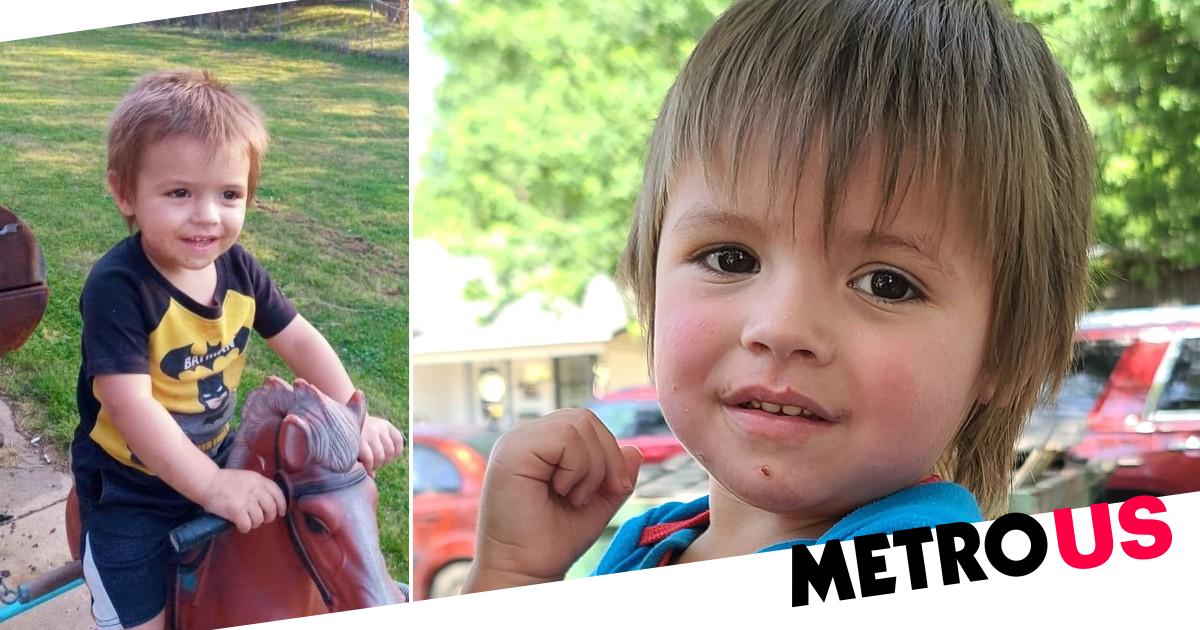 A two-year-old boy who disappeared from his family’s home overnight was found dead half a mile from their residence.

Ares Muse disappeared from his home in Okemah, Oklahoma on Sunday and his body was found the following afternoon, the Muscogee Creek Nation Lighthouse Police Department said.

The toddler was described as ‘loved’ by a grandparent, who said ‘the hole that has been left in all of our hearts will never be filled’.

“Ares was a sweet boy. Just before his 3rd birthday,” Brandi Gaither wrote on a GoFundMe page to cover his funeral expenses. “He loved his mum, dad and sister very much and was his aunt’s second son.”

Aris first crawled into bed with his parents, said his father, who was not named. Aris was last seen around 1.30am inside the house.

His parents woke up around 6.30am and couldn’t find him.

The toddler apparently walked through locked doors and out of the residence, which is on tribal land, Muscogee Nation spokesman Jason Salsman said.

“We talked all day about wanting a good result and we didn’t get it,” Salsman said.

“It’s unfortunate, but it doesn’t take away from trying and how we need to be there in our hearts and minds for this family.”

“We hate to be able to break news like this, it’s very unfortunate. But we’re together,” Foster said. “And we had a lot of citizens who wanted to help as well, and that’s just Oklahoma and we’re proud to be a part of that.”

Aris’ funeral is scheduled for Monday at Springfield United Methodist Church in Okema.