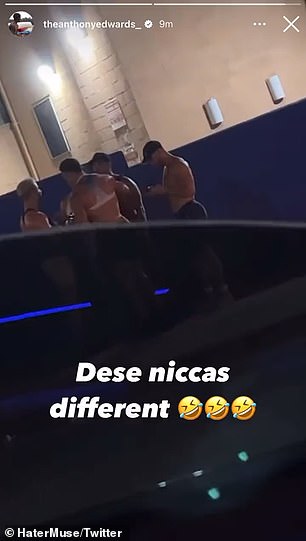 NBA star Anthony Edwards is apologizing after posting a homophobic clip on Instagram in which he referred to a group of shirtless men as ‘queer a** n****s’.

Minnesota Timberwolves basketball star Anthony Edwards has issued a scathing apology after posting a homophobic video on Instagram in which he referred to a group of men as “queer a** n****s.”

The NBA guard took to social media earlier in the week to post the clip from his car zooming in on a group of shirtless men on the sidewalk.

Commenting at the top of the clip, Edwards can be heard saying “Look at these queer a** n****s, man. Look at the world I have come into’ – but now he is silent on his words and apologized.

Posting on Twitter, the 21-year-old, who was the first pick in the 2020 Draft, told his 178,000 followers: “What I said was immature, offensive and disrespectful and I am incredibly sorry.

“It is unacceptable for me or anyone to use that language in such an offensive way, there is no excuse for it. I grew up better than that!’ 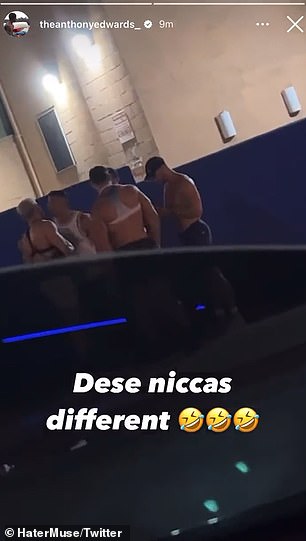 Anthony Edwards posted a clip on Instagram of himself filming a group of shirtless men making a homophobic comment while a woman can be heard laughing. 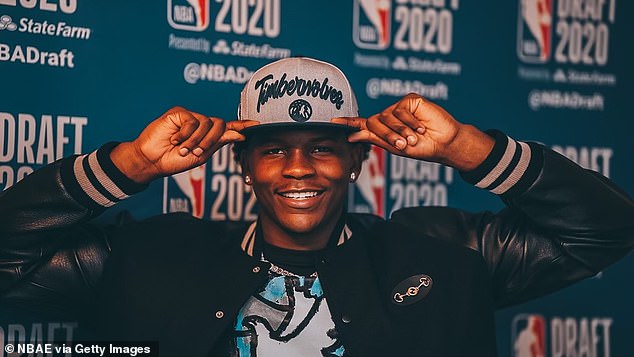 NBA star Edwards, now 21, was drafted first overall by the Minnesota Timberwolves in 2020

At the time of writing, Edwards has yet to issue an apology on his Instagram account, where he has a much larger following of 1.2 million – and where the original homophobic clip was posted.

It’s not yet clear if Edwards will face any punishment from the Timberwolves or the NBA for his actions, but based on precedent he could be fined.

As reported by The Star Tribune, Brooklyn Nets star Kevin Durant was fined $50,000 in April 2021 after actor Michael Rapoport shared screenshots detailing offensive statements Durant had made toward him.

Elsewhere, the likes of Kobe Bryant and Rajon Rondo have also been fined for using homophobic slurs during NBA games. 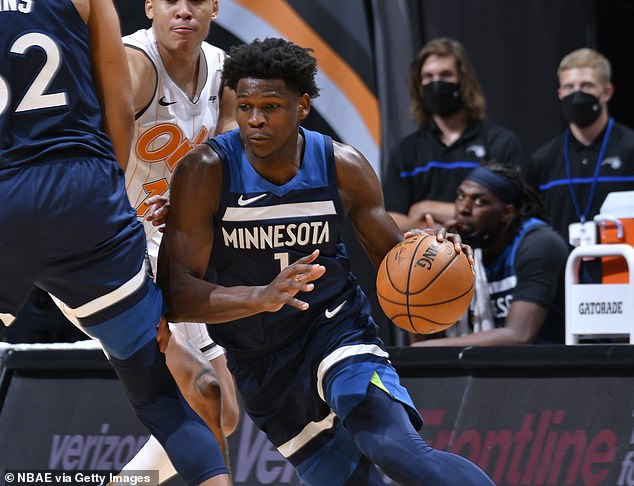 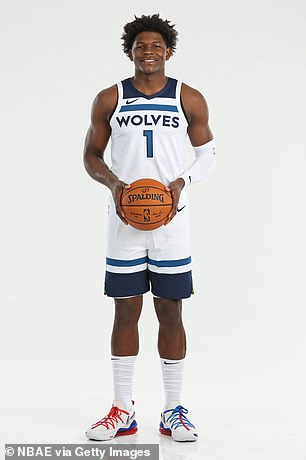 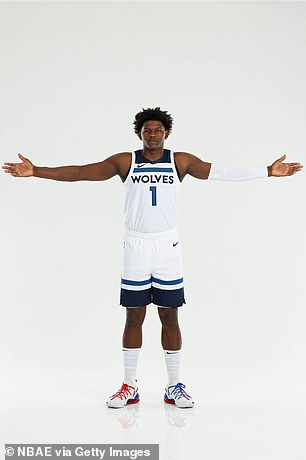 In his career, Edwards is soon to enter his third NBA season after graduating from Georgia in 2020.

Those playoff runs came in a first-round loss to the Memphis Grizzlies, despite Edwards’ 30-point, 5-rebound, 5-assist, 2-steal, 2-block outing in Game 6.