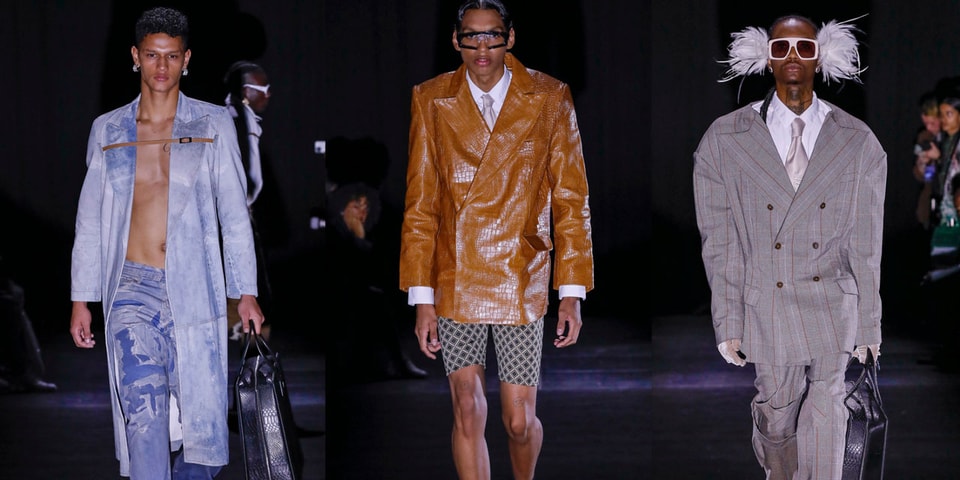 Black carpet, walls clad in black curtains and four oval-shaped mirrors set the scene for LUAR’s Spring/Summer 2023 runway show at The Shed in New York. As the lights faded to black and silence filled the room, the anxious attendees smiled in anticipation of the drama to come. Once the main spotlight bounced off the one mirror at the model’s entrance and the beat dropped, the first look came out accompanied by a roar of assurance from the crowd.

As the post-completion look strutted down the black carpet, it became increasingly clear that Raul Lopez’s designs were as much about confidence and power as they were about modern luxury. Titled LA ALTA GAMA (which means high-end in Spanish), the show saw models move down the catwalk before pausing to look at themselves in the mirrors. Some models were petted, while others did a quick fashion move before running away with a smile. Regardless of the action, the clothes and the models who wore them exude a spirit of strength and unwavering glamour.

Even with this attitude, the latest collection from Lopez had a deeper meaning that came from his family experience. Specifically what was their interpretation of luxury. “I was thinking about my family reunions in the ’80s and ’90s when Dominicans were immigrating to New York and this sense of what they thought was luxury,” Lopez said. The beige and navy blue tech dress that opened the show perfectly represented what Lopez would see within his family as he took the tech jacket layered over a chiffon dress and transformed it into a one-of-a-kind ensemble. But that was only the beginning.

Embossed crocodile and ostrich blazers with asymmetric one-button closures, overcoats, geometric print tops, relaxed trousers with pleated details, hybrid trench dresses, pinstripe suits, cheerful floor-length denim skirts and more followed. In many looks, what stood out in Lopez’s modern tailoring was the inclusion of strong boulder-like shoulders, which serve as a representation of how Lopez would hide when he was younger. But with the latest collection, it’s clear that those feelings of intimidation and fear are gone.

Finishing off the looks was the brand’s signature trapezoid bag in various sizes, constructions and colors. Be it clothing or accessories, LUAR’s SS23 collection affirms the creation of mainstream luxury that is bold, confident and sexy.

“The natural manifestation of Loire is the fusion of technology and luxury, high and low, and coming together to work symbiotically.”

Check out the SS23 collection in the gallery above.

In related news, WHO DECIDES WAR SS23 offers a taste of the Caribbean.