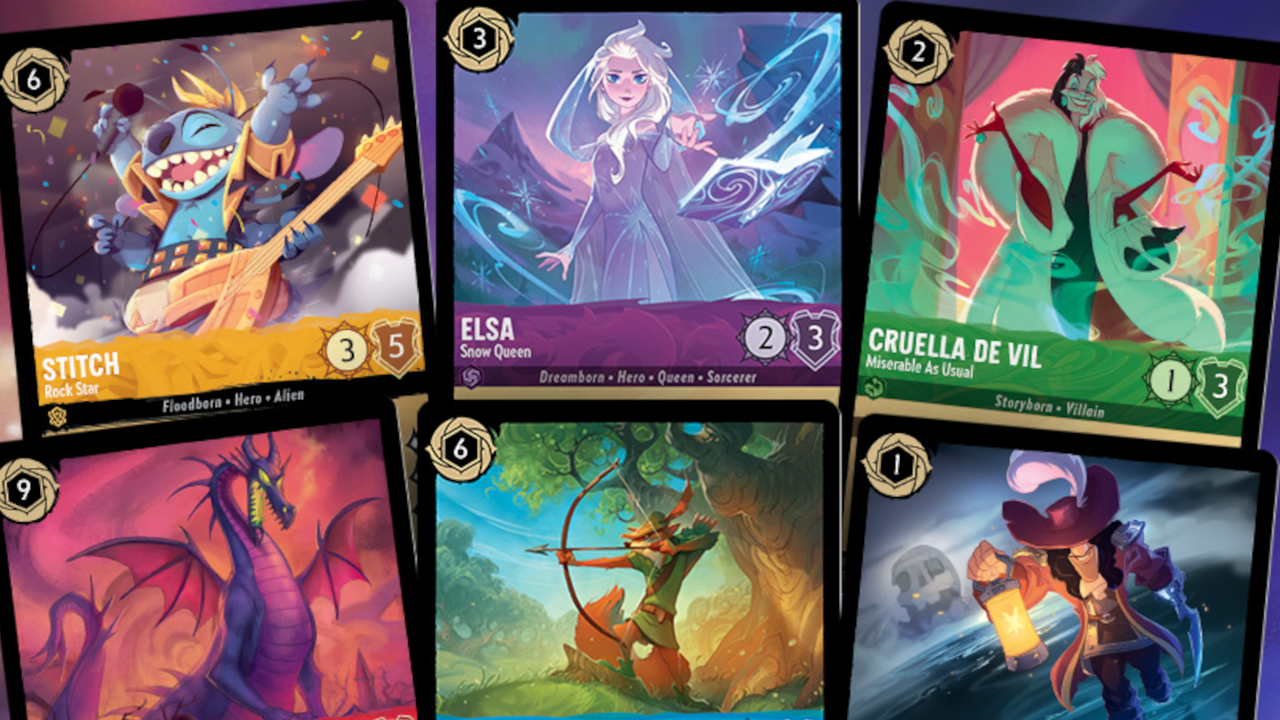 The trading card game (TCG) scene is about to get a familiar face, or perhaps several familiar faces, given how popular Disney movies are.

At D23, board game company Ravensburger and Disney officially unveiled Lorcana, a new Disney trading card game featuring many of the company’s iconic characters, from Mickey Mouse to Elsa from Frozen.

For years the trading card game scene has been dominated by Magic: The Gathering and Pokemon. But will the combination of Disney characters with Ravensburger’s game design know-how be enough to break into such a competitive field?

IGN spoke with Lorcana co-designer and brand manager Ryan Miller, a veteran card game designer, about how Lorcana came to be and what to expect from a competing Disney TCG.

“Our work on the Villainous toy line has helped us create a great relationship with Disney, as well as with Disney fans,” Miller says of the company’s other partnership with Disney. “The love and attention to detail we put into these games has shown the fanaticism that we truly understand and respect these characters.”

Ravensburger was able to capitalize on its existing relationship with Disney, having already designed a series of popular board games centered around the villains of the Disney universe. But a TCG is a whole different story.

“We designed the game to be easy to learn so that people who haven’t played a TCG before can pick it up, but also have enough strategic depth to appeal to the seasoned TCG player,” explains Miller. “This approach has informed our design and development process, as all play testing and stress testing of the cards has been done by veteran TCG players to make sure there are plenty of combinations, synergies and decks to find in each set.”

The benefit of working with the Disney library, Miller says, is that players can “intuitively put together a deck of their favorite characters and have a fun, engaging experience.”

Lorcana’s D23 reveal has already been a huge success, with cards from the event already selling on the used market at huge markups. The seven promotional cards sold at D23 will be available in the starter pack once Lorcana is released in late 2023, but D23 attendees were able to obtain aluminum variants of these cards.

This has led to some concern that Lorcana might become a collectible game, but Miller says there won’t be any cards made exclusively at events and cons.

“I hate to say ‘never’ when working on a trading card game, but here we go: We’re never going to make a promo card or collectible that you can’t also get out of the regular product,” Miller tells IGN.

“The treatment of the promo cards may be unique, such as the foil treatment or in the case of the D23 Expo, D23 Expo badges, in the collector’s set, but the characters and gameplay mechanics of these cards will be found in the regular set.”

Miller says the goal for Lorcana is for the game to be a “participatory experience, not forced,” so players will have access to all the mechanics available in the game through the standard product without having to travel to cons or events.

Currently, Lorcana focuses on characters from Disney animated films, and this library contains many popular characters and “deep cuts” for Ravensburger to draw from. So don’t expect Marvel or Star Wars characters just yet.

Matt TM Kim is IGN’s news editor. You can reach him @lawoftd.