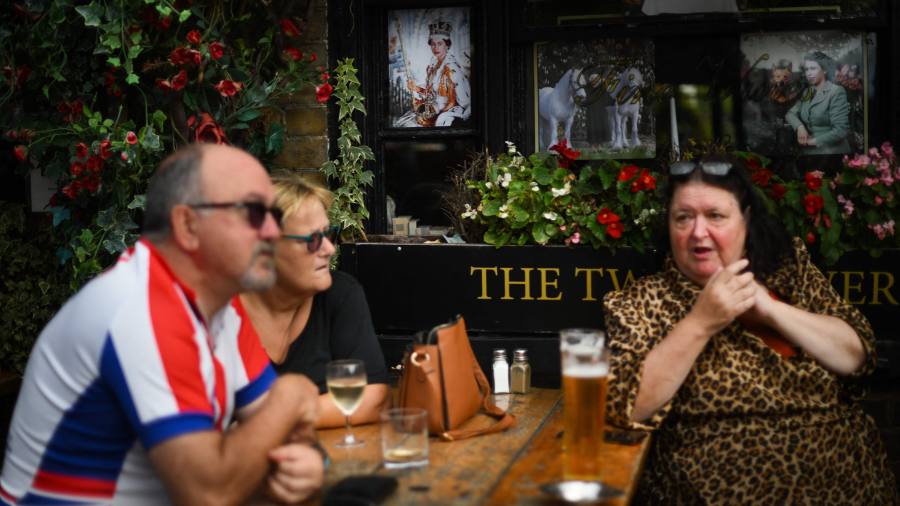 London authorities are advising hospitality businesses to be “ready to open their doors” to serve huge crowds on the day of Queen Elizabeth’s funeral, after companies raised concerns about a possible backlash against the planned closures.

Center Parcs, the holiday resort business, was forced to backtrack on plans to close its UK sites to mark the Queen’s funeral on Monday, reflecting confusion among many businesses over how to approach bank holiday operations.

The row continued on Wednesday after Center Parcs told visitors they could stay on Monday but would have to remain in their shelters, sparking further anger from paying customers.

This decision led to further clarification from the company that visitors will be allowed to walk through its villages on Monday.

Pubs, restaurants and shops in the capital are unsure whether to open or not, caught between wanting to be respectful while also serving the thousands of people expected to attend the funeral.

In response to questions about whether businesses should open, the Greater London Authority advises that “it would be helpful if hospitality businesses in London, particularly in our city centre, were prepared to open their doors to visitors who would arrive in the coming days and on the day of Her Majesty’s funeral,” according to a person familiar with the maintenance.

The majority of shops in central London plan to open at least part of the time on Mondays to cater for the crowds expected to fill the capital, according to traders.

McDonald’s said on Wednesday that all UK restaurants will be closed on Monday until 5pm. to “allow all . . . to pay their respects.”

Fridays, the restaurant and bar chain, said that “to enable our teams to reflect on the reign of Her Majesty Queen Elizabeth II and attend this important moment in history, we have decided to delay the opening of our restaurants on 15:00′.

Pub retailer Greene King said: “Our pubs are a place for communities to come together, so all our pubs in central London and most of those with TVs across the country will be open throughout Monday, showing her funeral Queen Elizabeth”. Areas that do not have televisions will open after the service, he added.

Leon, the food chain, said in a statement: “We take the sensitivity of the day into account and make decisions with compassion for our teams as a priority.”

“We are also mindful of the increased number of people who will be in London and may be in other parts of the country to pay their respects and that they will need access to food, drink and facilities,” he added.

Will Beckett, co-founder of the Hawksmoor steakhouse, said his locations would be open for regular hours, adding in a tweet: “If you want to close so you/your staff/customers can mourn or participate in a important national moment, then it should.”

“Just try not to sound like you’re ‘showing respect for the Queen’ and implying that those who do otherwise don’t.”