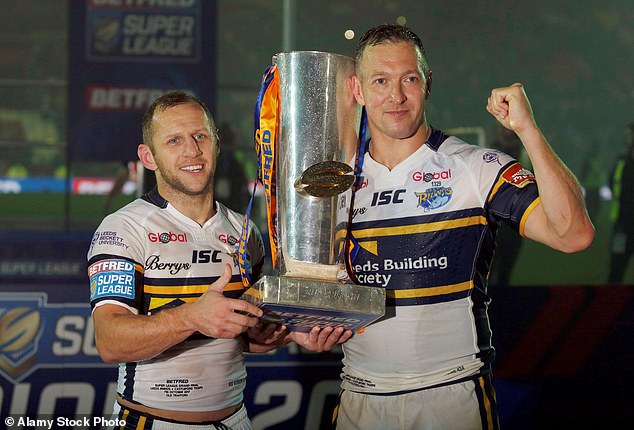 Rob Burrow has a heartwarming message for the Leeds Rhinos players heading out to Old Trafford for Saturday’s Grand Final.

“None of us knows what twists and turns our journey in life will take,” says the eight-time Super League champion. ‘So make sure you enjoy the special moments when they are in front of you.’

Barrow, more than anyone, knows the importance of enjoying every second.

The former 5ft 5in scrum-half was in the last Leeds team to win a Grand Final in 2017. That win over Castleford was also his last game before retirement and he lifts the trophy alongside outgoing captain Danny McGuire as one of his proudest moments. career.

However, just two years later, and having moved into coaching with the Rhinos academy, Burrow was tragically diagnosed with motor neurone disease. He now uses a wheelchair and has lost the ability to speak. To communicate, including this interview, he uses a piece of technology called Eyegaze, where he controls a keyboard with the movement of his eyes.

However, one thing that hasn’t changed during Barrow’s battle with terminal illness is his passion for his former team. Immediately after the Rhinos’ win at Wigan in last week’s play-off semi-final, he tweeted that he was “absolutely buzzing the lads”.

Now, two days before he turns 40, Barrow is hoping Leeds can give him an early birthday present by beating St Helens at Old Trafford. It’s something he knows a thing or two about. Of the Rhinos’ eight Grand Final wins – and Burrow was involved in all of them – four came against the Saints, in 2007, 2008, 2009 and 2011.

“The rivalry with the Saints was pretty intense, but it always brought out the best in both teams when we met,” Burrow recalled to Sportsmail. I was very lucky to be part of that Golden Generation at Leeds and I was proud to be part of a special group of players who achieved our childhood dreams together. Those memories with my mates are what I value the most.”

Rhinos fans also appreciate Burrow’s individual brilliance, most notably his 2011 grand final effort, widely regarded as the best ever in a grand final. He received the ball in the middle of the lane and dropped and went past five Saints players before diving under the posts. Barrow remains the only player to have won the Harry Sunderland Trophy as man of the match with the unanimous vote of all 37 judges.

“It’s hard to forget this moment, especially this time of year when it’s played out so much…not that I’m complaining!” laughs Barrow. “The drive itself was just a bit of instinct. I’ve always been able to play off the cuff since I was a kid, usually trying to avoid being hit by an older player! 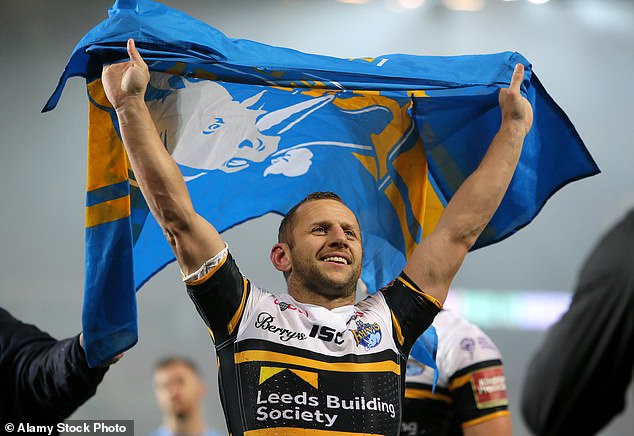 “I just spotted two big men and fell between them. Then I was on autopilot and managed to get past Paul Wellens and then get to the line just ahead of the chasing defender.’

Barrow’s moment of magic helped Leeds become the first team to lift the Grand Final trophy after finishing fifth in the table, a feat he repeated the following season. Now the class of 2022 are 80 minutes away from becoming champions again from fifth place, having also beaten the Catalans and Wigan in the play-offs, just like in 2012.

“It’s scary how similar it is,” admits Barrow. Then, we also had to go away in the playoffs with everyone knocking us out.

“The difference then was we thought we could do it having won a lot of grand finals in the past. But this current team is writing its own story and clearly has a lot of convictions too. 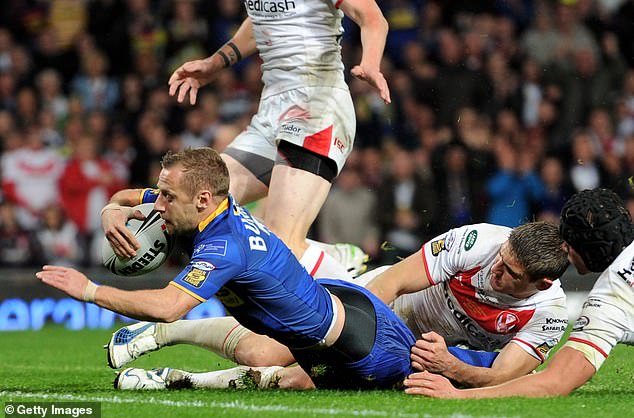 “We’ve always said, ‘It’s not how you start, it’s how you finish,’ and they follow that old mantra now.

“They have done incredibly well in the last few months to turn their season around. I am particularly happy for the young players as I worked with many of them when they first came to the club.”

Leeds’ revival followed the appointment of Rohan Smith as manager in April at a time when they were just one point off the bottom of the table. The Australian is the nephew of Tony Smith, who led Burrow’s Rhinos to coaching glory in 2005 and 2007.

“Rohan did a great job,” says Barrow. “His uncle was a great coach and I loved every minute of playing under him. From the outside looking in, Rohan, like his uncle, seems to have that confidence from the players. They believe in what he is asking of them and you can see it on the pitch.’ 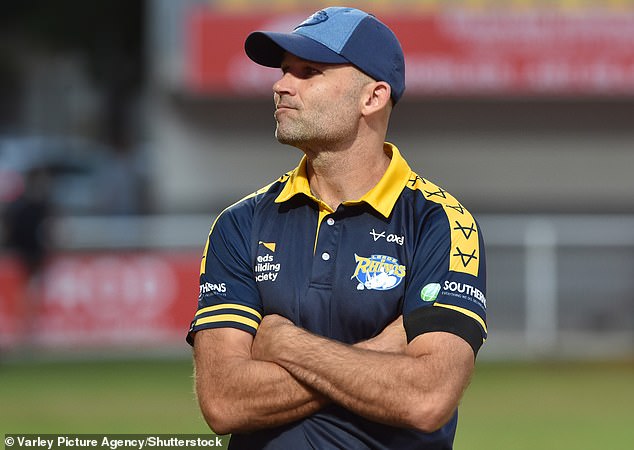 The 39-year-old welcomed the appointment of Rohan Smith, who has won nine of his last ten games in charge of the club.

Leeds have won 13 of their 18 Super League games under Smith, including nine of their last 10. Kristian Woolf’s Saints, however, have topped the regular season and are aiming to become the first team to win four Grand Slams in a row Finals and will achieve a record 10 total titles.

“St Helens have been the dominant team for the past three years and deservedly been champions during that time,” adds Burrow. But if Leeds can get the title back, it would certainly be worth it.

“Grand Finals are terrific occasions, especially with the army of Leeds fans traveling to Old Trafford making a racket. Although I won’t be at Old Trafford, I’ll definitely be there in spirit and watching on TV. I wouldn’t miss it for the world.’

Rob’s friend and former captain Kevin Sinfield will on Monday unveil his latest challenge to raise awareness and funds for the MND community, to coincide with Rob’s 40th birthday.