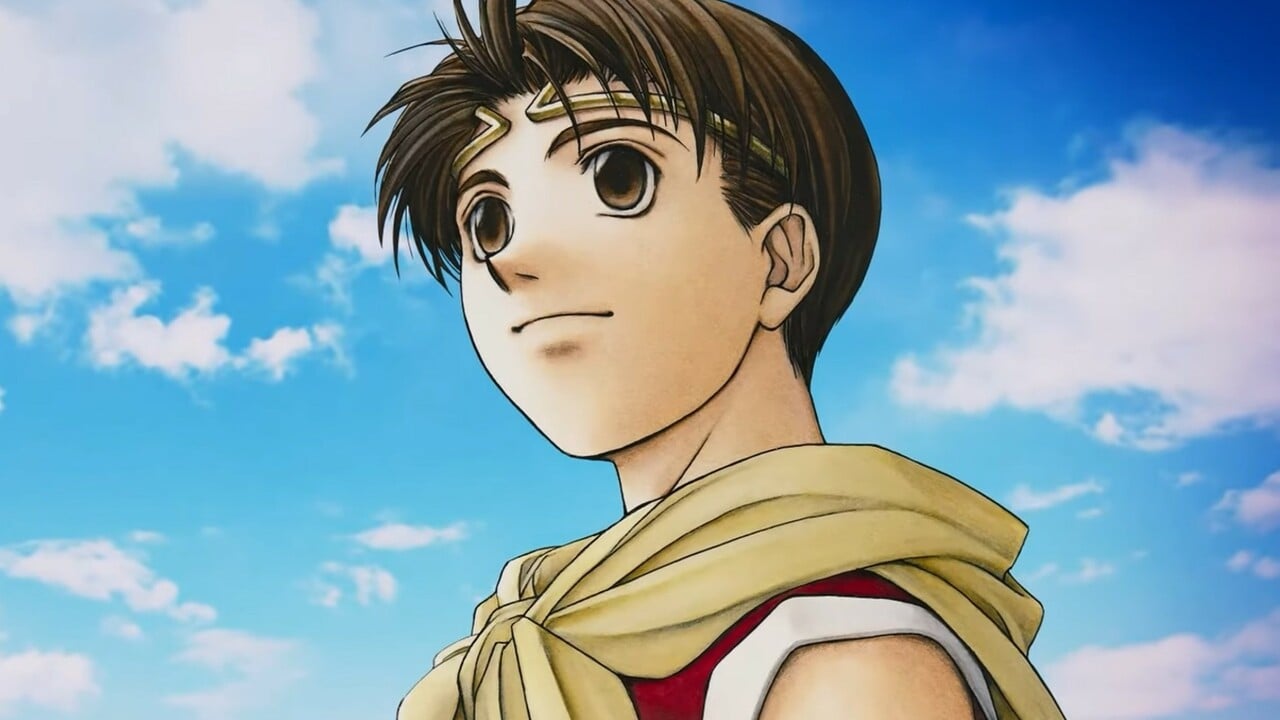 Suikoden I and Suikoden II were officially announced at the Tokyo Game Show after all returning. And not just with a simple port of both games, as both are getting the HD remaster treatment. Suikoden I & II HD Remaster Gate Rune and Dunan Unificationa double pack of the first two games in the series, will be released on Switch in 2023. And have been confirmed for an English release.

Released on the PlayStation in 1995 and 1998 respectively, Suikoden I and II are often considered two of the system’s best JRPGs. This is the first game to bear the Suikoden name since the 2012 Japanese exclusive PSP game, Gensō Suikoden: Tsumugareshi Hyakunen no Toki. the HD remasters will also be coming to PS4, Xbox One and PC via Steam. The most famous aspect of the series is that you can recruit 108 Stars of Destiny, which will either become party members to use in battles or help you in your base, which you can build during the game.

These remasters bring updated backgrounds and illustrations, with series artist Junko Kawano returning to help with the updated portraits. New quality-of-life additions included updated sound effects, auto-save, fast-forward capability, and chat log. Suikoden I and II are often seen as a pair — you can transfer your save file from I to II to get extra bonuses in the PS1 game, and many characters from I make an appearance afterwards.

Konami shared some comparison footage, which pops scenes from the PS1 game alongside the upcoming remaster, and you can definitely see the difference:

Here’s what Konami had to share about these surprise remasters from the game’s Steam page:

A hero’s fate is written in the stars
The legendary Konami JRPGs Suikoden I and Suikoden II have now been remastered in HD!

The story of Suikoden I
A once famous hero turns into a violent tyrant and an empire falls into decline.
A Liberation Army rises up in an act of rebellion against an oppressive rule.
One by one the 108 stars of Destiny come together to shape the course of history.

The story of Suikoden II
The hero of our story and his friend Jowy are members of the Unicorn Youth Brigade, which has been involved in a protracted border dispute between the Highland Kingdom and the City-States of Jowstown.

A few months earlier, a truth accord was signed between the two powers, who were happy to see an end to the fighting.
However, hidden beneath the momentary peace, the fires of a new war continued to burn…

This means that Suikoden I & II and Eiyuden Chronicle: Hundred Heroes — the spiritual successor to Suikoden, created by series creator Yoshitaka Murayama — will be released in the same year. Suikoden fans eat in 2023.

You can also check out some screens from the game to see what the new backgrounds will look like. Some of them are impressive if we do say so ourselves. We’re getting a little excited just looking at them!

Suikoden I & II HD Remaster Gate Rune and Dunan Unification will be coming to Switch next year and we’ll bring you more information as soon as we have it.

Are you a fan of Suikoden? Are you excited to see the return of a classic duo? Let us know in the comments.