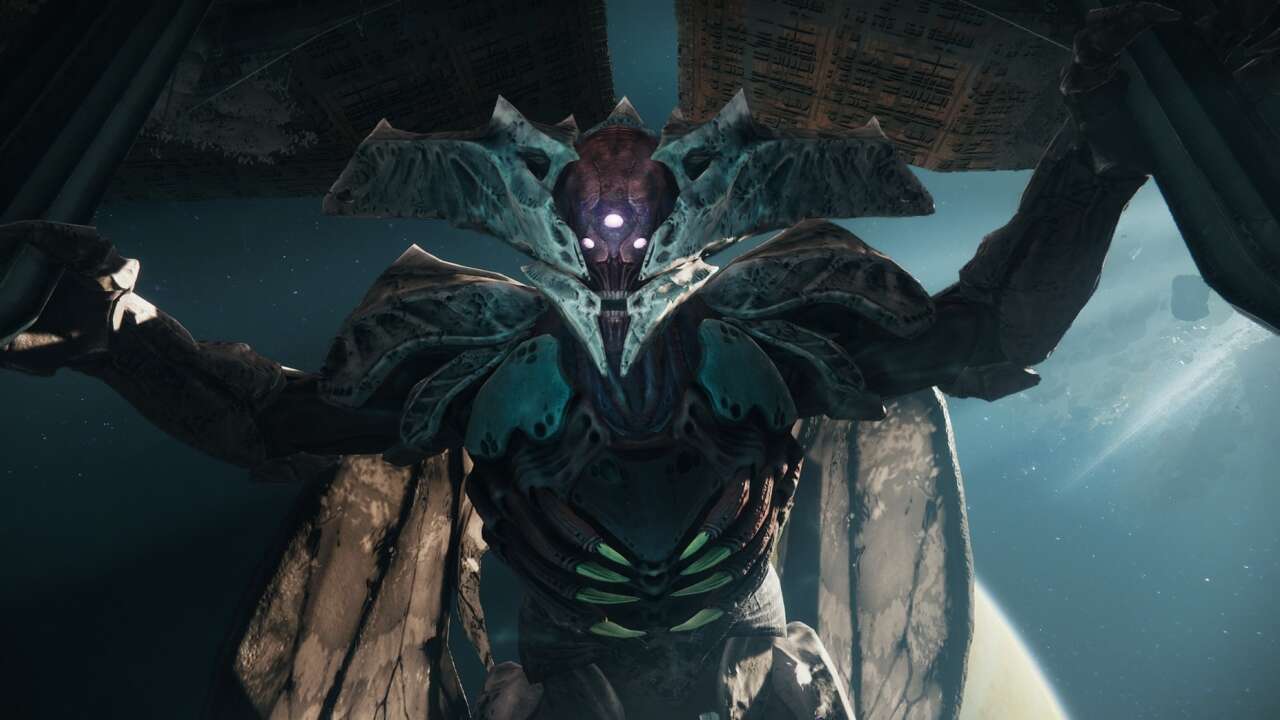 Almost every week brings something new Destiny 2, whether it’s story beats, new activities, or interesting new item combinations that allow players to destroy each other in the Crucible. Iron Banter is our weekly look at what’s happening in the world of Destiny and a roundup of what’s catching our attention across the solar system.

With a few weeks into the King’s Fall raid, it’s fair to say that it’s a great addition to Destiny 2. While many players will find King’s Fall familiar from its original release in 2015, the whole experience feels slightly more difficult and cleaner. King’s Fall has always been a great raid, and this feels like the best version of it.

I also want to thank Bungie for apparently heeding my previous complaints about Exotic drops, as the King’s Fall Exotic, Touch of Malice, only dropped for me on my fourth playthrough. In fact, it looks like someone in the developer may have thrown an RNG switch for me on Thursday, because dime.

Running into some newbies in King’s Fall, though, I can’t help but feel sad about what the raid is missing. It begins by dropping you into the Dreadnaught – one of the most beautiful locations in Destiny history – without any commentary or context. Go explore the ship’s strange rotten interior, tear apart Oryx’s yard, and ultimately, destroy the Taken King himself. There are some great graphics, some tough wins and some incredible moments. But there is no context.

When it was released in Destiny 1, King’s Fall was the culmination of events, the finale of The Taken King’s story campaign. Players had already spent hours fighting Oryx’s influence around the Solar System before teaming up on the raid to destroy him once and for all. They had spent time on the Dreadnaught, uncovering its secrets and understanding its threats. And they had watched the story unfold in which Oryx destroyed the Awoken fleet, an event that gave the expansion and its villain an enormous amount of terrifying gravitas.

In Destiny 2, King’s Fall is mostly just a fun game, a pure glimpse into Destiny’s past, the way you might enjoy a painting or statue in a museum without knowing anything about its origins or creator.

This is unfortunate because King’s Fall in particular and The Taken King in general are, even today, huge influences on Destiny 2’s story. A large part of The Witch Queen’s campaign story deals with Oryx and his place among the pantheon of the Hive of Warlord Gods. Knowing about the Hive’s past tells you a lot about the plans and personality of Savathun, the Witch Queen’s main antagonist. There’s a lot of history here, and it’s still relevant to the game even today.

Before Bungie released King’s Fall, when players were still in the dark about which raid would be a repeat from the original Destiny, I wrote about how I hoped to see Wrath of the Machine return because of the potential stories it would bring. With this. And when Bungie announced that the Vault of Glass, Destiny’s very first raid, was being revamped and re-released in Destiny 2, I was also excited in large part because of what a return to this space could bring to the game’s story. In the cases of both King’s Fall and VoG, however, the raids exist almost as parallel universes, bubbles unto themselves. They’re extremely tight glimpses into Destiny’s past, like peering through a keyhole and only seeing what’s just beyond the door in front of you.

It feels like a sadly missed opportunity. Bungie has made a few killer things with Destiny 2’s story lately, especially in ways it’s delved into various aspects of the game’s lore to find beautiful stories and bring to the fore elements that have been lingering for years. Destiny 2 is an extremely dense game, especially when it comes to its story, and King’s Fall is something that could have added massively to the experience and understanding of Destiny 2 for players who weren’t around the first game or who just got into in the middle. -current over the years. It’s already hard for new players to really know what’s going on, and King’s Fall could have been an opportunity to catch them up.

All of this comes with the caveat that it’s impossible to tell from the outside what kind of effort it would take to bring King’s Fall (or Vault of Glass, or Wrath of the Machine) into the story in a way that feels good and makes sense. . You can imagine how, without the Dreadnaught or the story from The Taken King, it can get messy trying to get old content into the game in a way that makes sense. So for this part, Bungie’s position is understandable – and I’d rather have big old raids available in Destiny 2 in this format than none at all.

But I wish repeat raids became more important to modern Destiny 2, not just as a fun thing to revisit, but as the story or current story beats. There’s a lot to be gained from playing through The Witch Queen and then appearing in King’s Fall to understand the relationship between Savathun and Oryx, but it’s just not in the game. Like a lot of Destiny 2’s story, getting this frame requires a lot of extra work from players to find and read lore, watch videos, and more not play Destiny 2. As good as King’s Fall is, I wish it could work as part of the current world of Destiny 2, and not just a throwback to the past.

What are your feelings on King’s Fall, its place in Destiny 2, and how the original Destiny content folds into the game? Feel free to sound off in the comments.