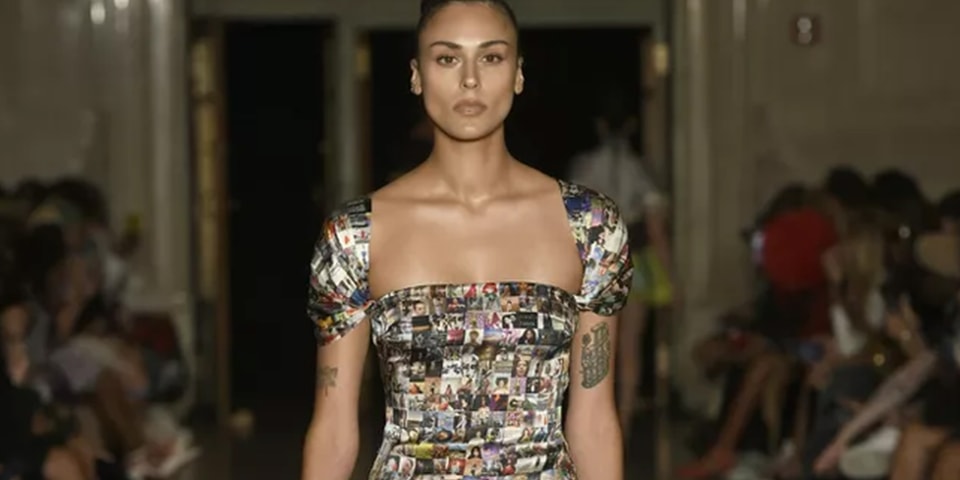 Designer Kim Shui’s SS23 presentation was characterized by femininity, which emerged through slim silhouettes and clean, cool materials. All of the looks exude strength at the same time, empowering each model and those who choose to wear Shui’s looks off the runway. Sui also wanted to empower other creatives in her field as well as fashion fans to aspire to achieve their goals by decentralizing the runway through crowdsourcing talent, the show’s soundtrack and a one-of-a-kind outfit.

Celebrating the self by portraying personal strength is something Sui constantly aims to achieve through her designs. Working with New York Fashion Week’s main partner this season, Afterpay, this concept was highlighted through an accessibility-first approach to the designer’s show. The designer collected over 700 pixels from the public to design a digital dress with sleeves that debuted during the runway show. The public was invited to contribute original artwork which was then incorporated into the digital art, created by Shui, producing a garment that was truly unlike any other. The dress will be rewarded with its performance in an NFT, which will later be dispersed to each contributor of the artwork.

Not only did Kim Shui invite the masses to create a revolutionary piece, but she also decided to host the show in the heart of one of the busiest areas of the city. Grand Central Station is a hub for commuters, and by hosting a traditionally exclusive event in a highly communal area, Shui peeled back the curtains behind the coveted experience, allowing passers-by to get a sneak peak at the action — from the pre-show run down to the background shuffling.

The barrier-breaking creative wanted to fully democratize all aspects of the week, so she didn’t just stop there. Sui took to the Internet to promote a nationwide open casting call for models, stylists and photographers ahead of the show, giving emerging talent a chance to break into the industry. More than 4,000 submissions were received, bringing fresh talent to the amazing spectacle.

As a final touch, Shui and Afterpay also incorporated a crowdsourced soundtrack to the show with the help of TIDAL. The 16-minute collaborative soundtrack features fan anecdotes, co-created by Shui, producer Stelios and Rising Artist talent. The sum of all these parts gives the idea that fashion should be more accessible to everyone. By looking to the internet for key inspiration, Kim Shui has set the precedent that the community is open to every person, regardless of their interests or background.