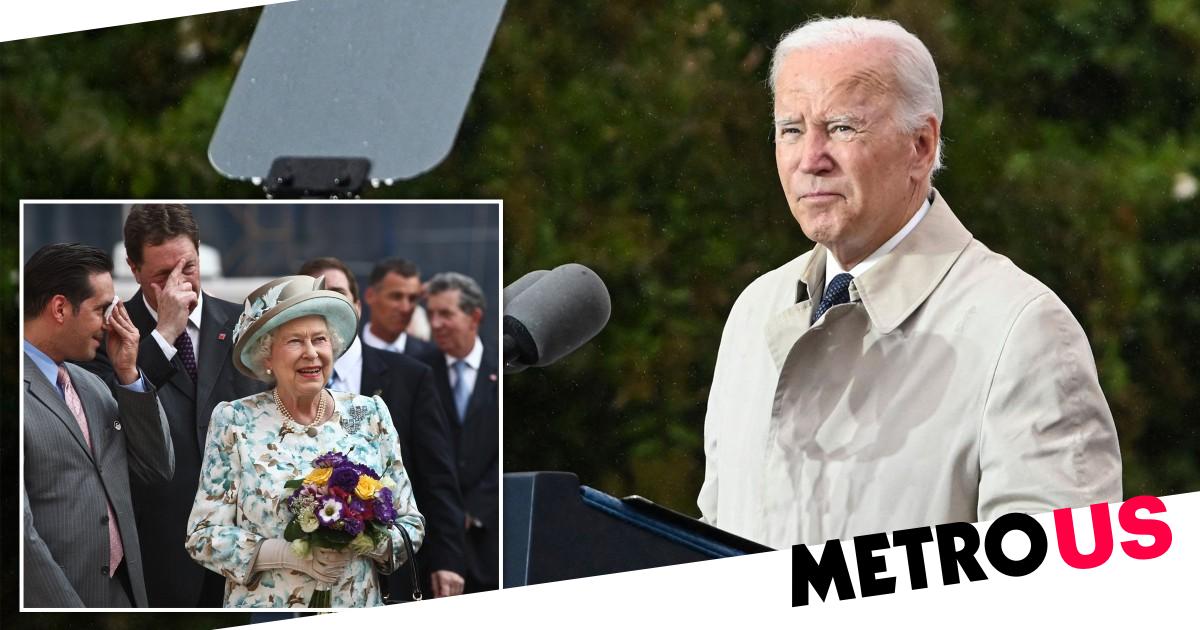 It was the deadliest terrorist attack ever on American soil, and every year is an official anniversary.

He also spoke of Queen Elizabeth II, who died on Thursday, recalling her words after the attacks.

“I remember a message sent to the American people by Queen Elizabeth,” he said.

“It was on September 11. Her ambassador read a prayer at a service at St. Thomas Church in New York, where she sadly reminded us that “sorrow is the price we pay for love.”

Echoing her words, she said: “Sadness is the price we pay for love.

“Many of us have experienced this sadness, and all of you have.

“And on this day, when the honor is so great, Jill and I hold you all close to our hearts.”

“I hope we remember that in those dark days, we dug deep, we cared for each other, and we came together.”

At ground zero in New York, a bell and a minute’s silence began the celebration.

President Biden spoke and laid a wreath at the Pentagon, while first lady Jill Biden spoke in Shanksville, Pennsylvania, where one of the hijacked planes went down after passengers and crew tried to break into the cockpit as the hijackers headed for Washington.

The President joined family members of the victims and first responders who were at the Pentagon on the day of the attack.

“We owe you an incredible, incredible debt,” he said.

Al Qaeda conspirators had seized control of the planes to use them as missiles loaded with passengers.

Vice President Kamala Harris and her husband Doug Emhoff attended the commemoration at the National September 11 Memorial in New York, but by tradition, no political figure speaks at the ground zero ceremony.

Instead, it focuses on the victims’ relatives reading aloud the names of the dead.