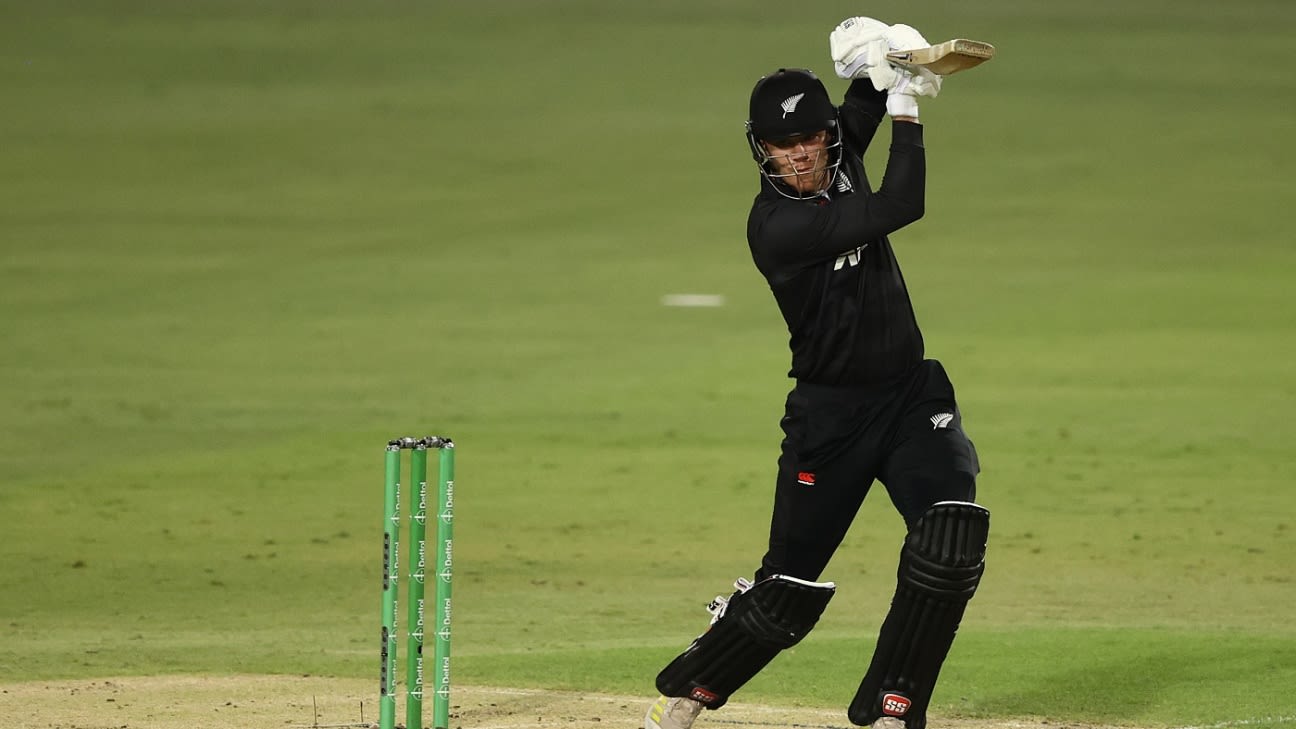 The pair fill the spaces created by the withdrawal of Trent Boult and Colin de Grandhomme from the list. Boult opted out of his contract earlier this year to give him more time with family and the chance to play T20 leagues around the world, while de Grandhomme retired from international cricket shortly after being selected in the BBL draft by Adelaide Strikers.

Neesham was offered one of the two vacant spots but turned it down having already committed to various T20 tournaments after being omitted from the initial list.

“I know the news of my decision to turn down a major contract today will be seen as choosing money over representing my country,” Neesham posted on an Instagram story. “I had planned to accept a contract offer in July, however since being delisted I have committed to other leagues around the world. It was a difficult decision but I have decided to honor those commitments rather than go back on my word to re-sign with NZ Cricket.

“Playing for her [Blackcaps] it was the greatest honor of my career and I remain committed to taking the field with my compatriots for the foreseeable future, especially at top world events.”

Neesham has his name for the SA20 league which will be auctioned on September 19.

The new inclusions have appeared in New Zealand’s limited overs squads in recent months. Allen is a highly rated talent who can expect to feature in the upcoming T20 World Cup he has already scored 334 runs at a strike rate of 169.54 in 13 matches. In ODIs he has played eight times, making a vital 96 on the tour of the West Indies last month and impressed when he returned to the squad for the final match against Australia in Cairns.

“Finn clearly has enormous talent and potential,” New Zealand coach Gary Stead said. “He has shown that he is at international level in his limited opportunities to date. In particular, his match-winning 96 against the West Indies on a difficult wicket in Barbados showed his class and maturity.”

Tickner has played six ODIs and 11 T20Is, most recently against the Netherlands, and was part of the initial touring squad for the Test series in England earlier this year.

“Blair has been in the Blackcaps squads for all three formats over the past 12 months, which is testament to his progress,” Stedt said. “He is a bowler who continues to improve and we have been particularly impressed with his development with the red ball, which saw him in the recent squads for the England and South Africa Tests. He knows the environment, understands his role and plays well. pace and aggression”.

New Zealand will name their squad for the T20 World Cup on September 20. He will prepare for the tournament with a tri-series in Christchurch against Pakistan and Bangladesh from October 7-14. Their first World Cup match is against hosts Australia at the SCG on October 22.