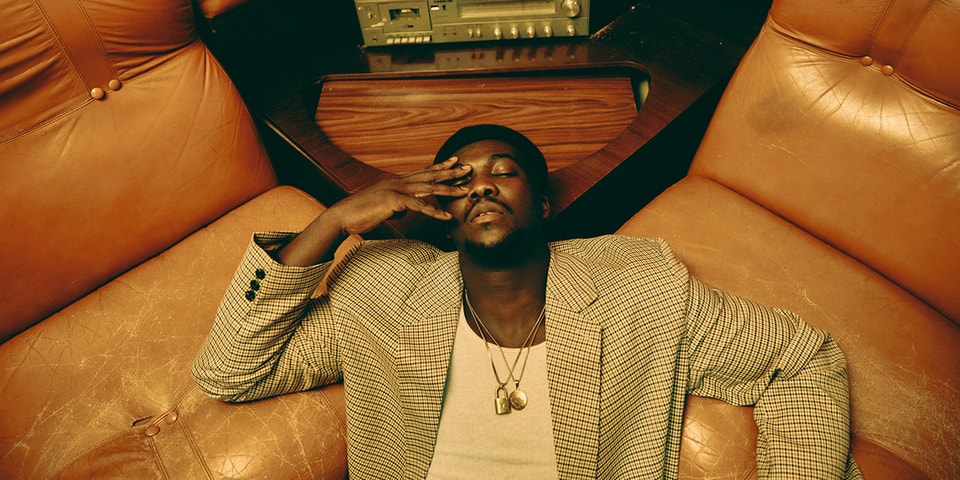 “Whoever returns from war is the one who decides how the story will be told.” For Jacob Banks, the Nigerian-born UK-based artist lives to speak his truth on his second album Lies about the war.

Since his last debut record four years ago, Banks has worked hard to crown himself as the hero of his experiences. His velvety baritone vocals and lyrical prowess make a stronger return this time around, but his ability to conjure up heartstring-tugging sounds complements his unforgettable talent. Risking it all and tapping into his soul, the London music lover poured inspirations from gospel music and R&B into a powerful tradition of delicate church instruments, groovy blues and poetic piano melodies.

Banks brings a timeless quality and grit to his voice that resonates with ferocity and conviction. While Lies about the war may be an oversimplified lens on his own journey, the album boasts an air of relatability with themes of love, resilience, strength and struggle. At a time in the world where comfort is needed more than ever, Banks’ musical presence gently reminded of good company and peaceful intimacy.

HYPEBEAST had a chance to catch up with Banks before she hits the road later this month. Read on to learn more about how he crafted a modern soul classic, how he navigates his creative introspection, and what it was like to appear on Barack Obama’s Summer 2022 playlist.

HYPEBEAST: Congratulations Lies about the war! How do you feel?

I’m relaxed. I know it sounds weird and it’s almost like I’m being ungrateful, but I’m fine. I’ve been through enough releases to know it’s bigger than me. People get what they need from music and I’m the vessel.

What makes this album different from your previous releases?

I settle more into my role as the soul man a lot more. This album was not as heavily produced as it usually has been in the past. It’s more stripped down and there’s a lot less social commentary. Most of my stories have been insightful and come from looking at myself, rather than looking from the outside and writing based on what I’ve seen.

Could you touch on your influences from soul and gospel music? How do you add your own opinion?

This was difficult. I find that my voice kind of puts me in a box, and I’ve always shied away from a really soulful moment because I’ve been so conscious of being old in my music. I want people to know that I am not just my ability to sing, even though the voice is what they hear first.

Growing up in a church helped shape my creativity because I believe that conveying an emotion is a skill. There is a gospel singer named Marvin Sapp who has a famous song called “Never Would Have Made It”. He is probably my favorite singer and biggest inspiration because of his range. It has played a huge role in my approach to music and still does.

Most of your album covers are paintings. Was there a specific story behind it and how does art influence your music?

Believe it or not, as a musician, I don’t like unsolicited attention and I don’t want my face on album covers. Sometimes I don’t even want to be in music videos. That being said, I think creating a body of work is a good opportunity to shine a light on some people. I usually find young, black artists and use my platform to showcase some of the incredible things they are doing. This album art was done by a really talented artist called Tariq Oliver whose other pieces I already have in my house. I’m just a huge fan of art in all fields, so if I get the chance, I usually like to show my support wherever possible.

Did you provide a kind of creative direction that you wanted him to take?

This table actually already existed. If you look closely, the person’s name was crossed out to say “Jacob Banks”. The whole idea of ​​the album is that whoever comes back from the war is the one who decides how the story is told. Having him carve the original name felt like I was not only the one they were talking about, but living to tell my story.

Since you released the album on your own label Nobody Records, what are some things people might not know about when it comes to being an independent artist?

It’s a luxury. There is a lot of luck for me. You won’t make money until after the album is released. And even then, you just get back what you spent. But you have to be able to not even need the money in question.

I think artists often talk about ownership as if everyone can afford it. I was in a major label situation for ten years and luckily for me, I stumbled on the right decisions. I was able to invest in real estate early on, so now I’m not relying on music to pay the bills. I can take my passive income and invest it in my music. But 99% of musicians won’t have that opportunity and that’s why I don’t try to openly celebrate having my own record label. There aren’t enough words to explain that I happen to be in a pretty lucky situation.

Your hit track “Found” was featured on Barack Obama’s Summer 2022 playlist. How was that for you?

It was a complete surprise, but also interesting. I wrote this song about my grandma dying at my mom’s bedside with my sister sitting next to me crying, so I’m glad I got to capture it. I am grateful that this story and its love have been pushed even further by someone of influence and power.

The bitter part was that there were some radio stations, particularly in my hometown, that put me up for interviews and had never asked me for one before despite how much music I had already put out. I didn’t feel like they were validating my art, but they were validating his taste.

Are you excited to take the stage soon?

Yes, it’s been a long time. I just played a solo gig a few weeks ago in Montreal which was my first since everything happened in the world. I was honestly worried that I might not enjoy being on stage anymore because I couldn’t remember the feeling, but I killed it. I’m excited about the tour because it’s my way of saying thank you. The audience could be anywhere, but they chose to be at my shows.

Which songs are you most excited to perform?

Apart from this new album, I can’t wait to perform all the songs For my friends because I never toured for it. It will be interesting to cram my last five jobs into an hour. I’ve done live home versions of songs like “Devil That I Know” and “Found,” but those have never been performed in front of an audience.

Last but not least, where do you hope to see yourself after this release?

I hope to do good in life. The phrase for me is “do good and hope for happiness”. I hope to continue to find meaning and purpose and pay attention to all my other versions, not just the Jacob Banks version. I also hope to continue to be extremely good Call of Duty since I can’t afford to fall. *laughs* As long as that’s all, it’s all good.