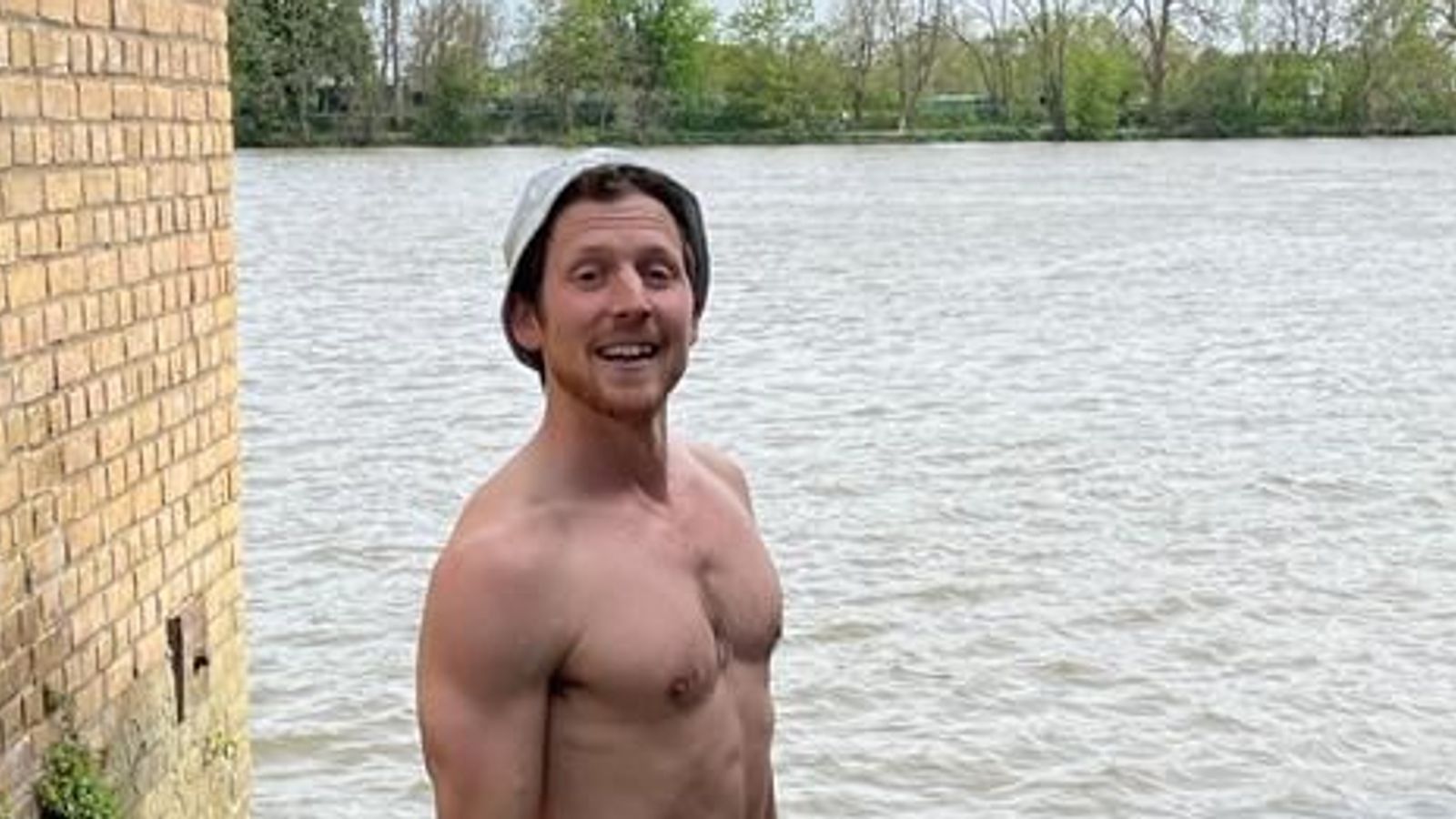 A man stopped by police while swimming in the Thames early last Monday has admitted he was foolish but denies planning a protest.

Jonathan Hope, 32, told Sky News he is nearing the end of a year-long charity swimming challenge, which involves him going for a swim every day of the year.

The challenge has seen him on waters in various parts of the UK but, as it comes to a close in November, he wanted to do something special to ’round it off’.

He decided it “would be fun” to swim from near Downing Street to Windsor, entering the water near New Scotland Yard in the early hours of Monday and setting off.

Mr Hope, who runs miso maker Kultured, swam past the Palace of Westminster and floated towards Lambeth Bridge when he was met by flashing blue lights and police officers.

His swim – which lasted around 20 minutes – was just days before the Queen was due to lie in state at nearby Westminster Hall and security in the area was even tighter than usual.

There were fears Mr Hope could be planning a protest, with an unnamed source telling Mail Online he was “possibly part of a green protest group…on a reconnaissance mission to gather information to disrupt preparations”. for Monday’s state. funeral.

But Mr Hope used a Go Pro camera attached to his head while swimming to post on his Instagram page as evidence of his progress in the charity challenge.

“I have to do it before the water gets too cold (in winter).”

He added: “The reason I was there at 2am was because the tide was high. It was very difficult to explain this to the police – I guess it looked very suspicious.

“You can call me stupid or naive, but I didn’t think there would be police there.”

Mr Hope said he was handcuffed and searched by officers but was not charged and let off with a warning.

Speaking about the incident involving Mr Hope, Commissioner Com Cundy said he was nothing more than a man going for a charity swim.

A spokeswoman for the force later confirmed that he was not arrested but was “advised about his proximity to a restricted area”.

Mr Hope admitted his partner was unimpressed by his exploits, saying he has “a lot of mistakes to make”.

Thirty-four people were arrested ahead of the state funeral

Thirty-four other people, however, were arrested ahead of the Queen’s funeral, according to the Metropolitan Police.

Deputy Assistant Commissioner Stuart Cuddy said the arrests were made for a range of offences, but none for protest.