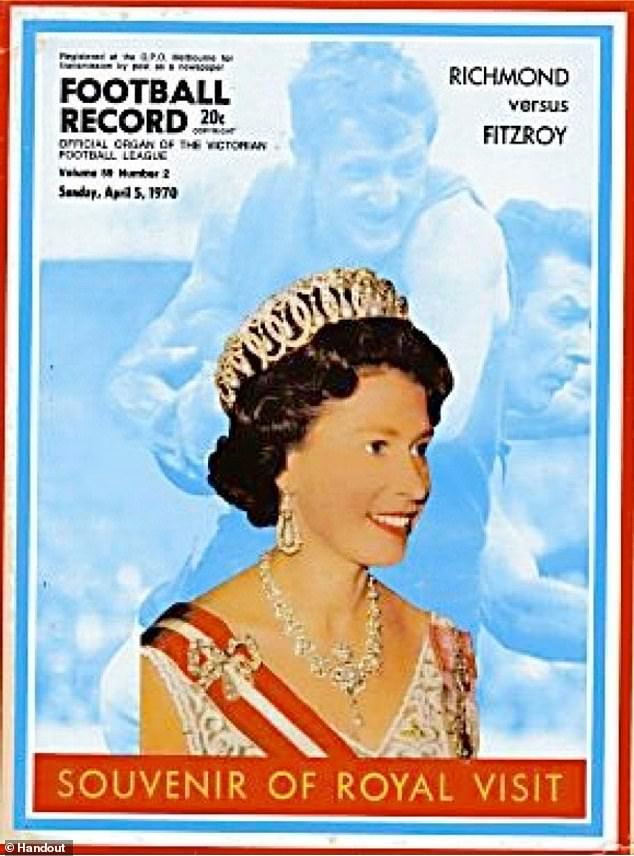 While Sunday afternoon footy is a staple in the sporting calendar today, it took a visit from the late Queen Elizabeth II in 1970 to inspire Aussie Rules to begin playing on a Saturday.

Before then, Sundays were still considered a day of rest and businesses remained closed, while pedestrian streets including the MCG remained permanently locked.

That all changed in the opening round of the 1970 season on Sunday, April 5 at the code’s most famous ground when the then VFL created history to host the Royals.

In another first for the code, players were asked to wear fresh jumpers, comb their hair and wash their hands at half-time so they would be presentable when meeting the royals during the main break in play.

Former Demons coach John ‘Swooper’ Northey was playing for the Tigers on the day, with his side favorites having won the competition the previous year.

But not everything went their way as Fitzroy overturned a five-point half-time deficit to record a 20-point victory over the Kings.

“I think we were more interested in meeting the Queen than playing football,” Northey said.

The royals arrived on horseback and strict instructions were followed – for the most part. Northey explained how Richmond chairman Ray Dunn was a bit overwhelmed by the occasion when introducing the players to the Queen and her entourage.

“When he got to me he forgot my name and you weren’t allowed to put out your hand until the Queen did,” Northey said.

“He said, ‘Your majesty this is, it’s, it’s…’ and Billy Brown was standing next to me and little Billy said, ‘It’s John Northey, I’m Billy Brown, how are we today?’

However, a 19-year-old Princess Anne seemed more interested in the dueling aspects of the sport than protocol.

He reportedly asked Tigers star Billy Barrot: “I understand there was a few punches before we arrived. Will there be more?’

Anne was also questioning referee Jeff Crouch who admitted some blood had been spilled during a brawl in the second quarter.

Roger Dean was the Tigers captain that year and recalled how upset he was when he was tasked with introducing the players to the Kings one by one.

“I thought, I hope I remember all the players’ names,” Dean said.

“I was playing in a favorite old jumper and it had turned blue, not black, and they made me change into a brand new jumper, so it would seem decent to show them around.

Best Guernsey Bearer #3 – Roger Dean. Double Premiership player who captained the team when they were a powerhouse. Richmond Life Member; ToC? HoF Immortal. Roger was a favorite player throughout my childhood. A great player who was so versatile and strong! #TalkingTigers pic.twitter.com/tMePH735EZ

‘He [Prince Charles] he seemed nice enough, he didn’t say much, just being nice to the players, “Enjoy the game?” and “It’s a very difficult game, isn’t it.” It was quite formal. He probably got tired of snoring.’

Richmond’s defending premiership and the club’s 1980 premiership manager, Tony Jewell, actually blamed the Queen and other royals for the shock loss.

“We went into the rooms at half-time not too pleased with ourselves as we were leading by a few points when we were expected to wipe out Fitzroy almost at will,” Jewell said.

“We just couldn’t concentrate on the job at hand and, instead of being able to collect our thoughts during the break, there were all sorts of people running around the rooms at half-time. 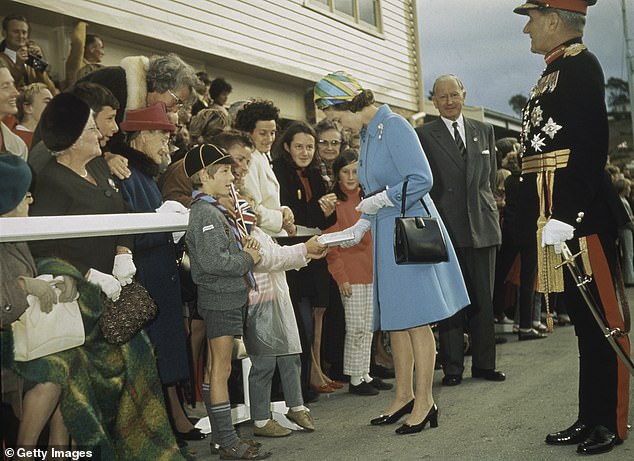 Queen Elizabeth II walking in Launceston, Tasmania, during her tour of Australia in 1970

“Some were trying to explain protocol, others were explaining how to line up, and others were handing out instructions. For example, we were told not to say anything – not a word – to the Queen unless asked.

“She didn’t say anything to me, so my meeting with the Queen was just a very quick shake of her gloved hand.

“I also remember we had to change into clean jerseys and wash our hands at half-time.”

Richmond would eventually miss out on the top four that season, finishing sixth while Fitzroy finished ninth.