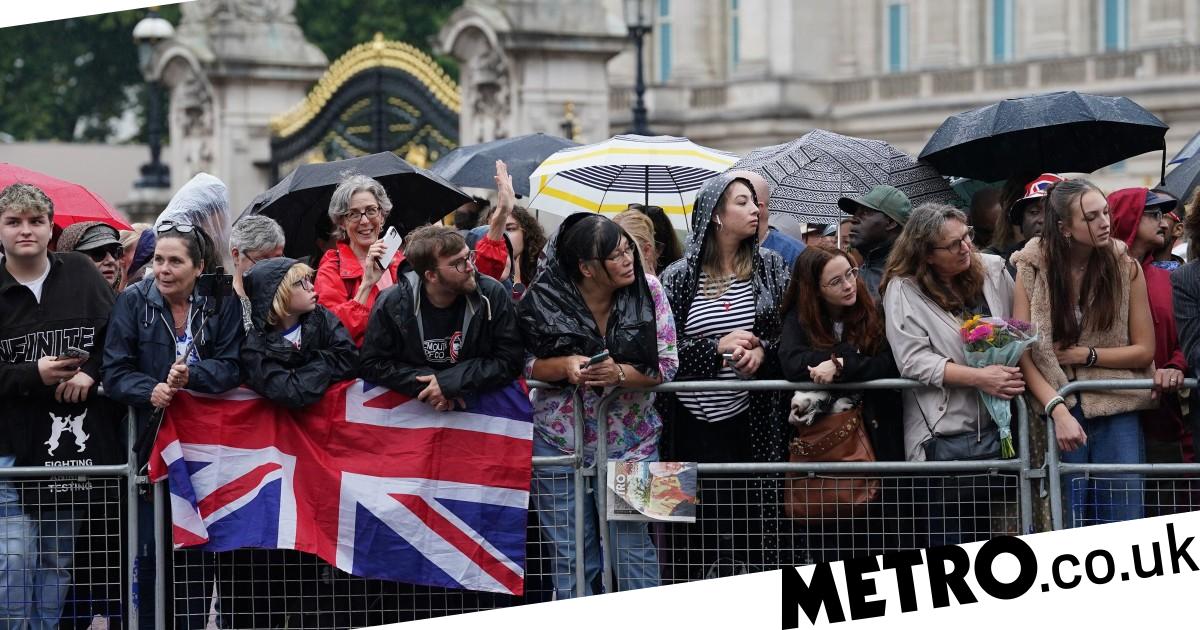 Rain and wind will knock early morning queues of people waiting to see the Queen in state.

The late monarch’s coffin will be laid to rest in Westminster Hall with thousands turning out to pay their respects.

The building opens to the public at 5pm on Wednesday and will be open 24 hours a day until closing at 6.30am. on September 19 – the day of the Queen’s funeral.

Many have already secured a place in queues near the River Thames to ensure they are among the first to pay their respects.

But those in queues will face a difficult morning when it comes to the forecast.

Forecasters have warned that “local showers will continue into the morning” in London.

Those waiting to see the Queen’s coffin have been urged to dress appropriately and bring plenty of layers.

While those who claim an early morning spot in the queue may be hit by rain, those who arrive in the afternoon will avoid the worst of the weather.

According to BBC forecasters, the rain will ease and clouds will give way to sunshine in the evening.

Queues are expected to number in the tens of thousands tomorrow with stretches of up to five miles across the city.

People will need to stand for “many hours, possibly overnight”, with very little opportunity to sit down as the queue will be constantly moving.

As large crowds are expected, road closures and public transport delays are likely.

People will not be allowed to camp and a wristband system will be used to manage the queue, with those waiting in the queue given a colour-coded and numbered, person-specific badge allowing them to leave for a short time.

Venues such as the Southbank Centre, the National Theater and Shakespeare’s Globe will open for longer hours to accommodate those queuing.

The prime minister’s official spokesman said: “Many people will understandably want to see the lie in the situation and we will do everything possible to make it easier for as many people as possible, including those who may not be physically able to wait that long , due to disabilities, for example”.

The line will be manned by more than 1,000 volunteers, flight attendants and police officers.

Members of St John Ambulance will also be stationed along the route, while more than a hundred Scouts aged between 18 and 25 will be joined by volunteers from the Samaritans charity to help.

Dating back to 1099, Westminster Hall is located in the Palace of Westminster and is the oldest building on the Parliamentary estate.

The building was the site of important events such as the trial of Charles I, coronation banquets and speeches by world leaders.

Now, further history will be made as thousands gather to pay tribute to the Queen.