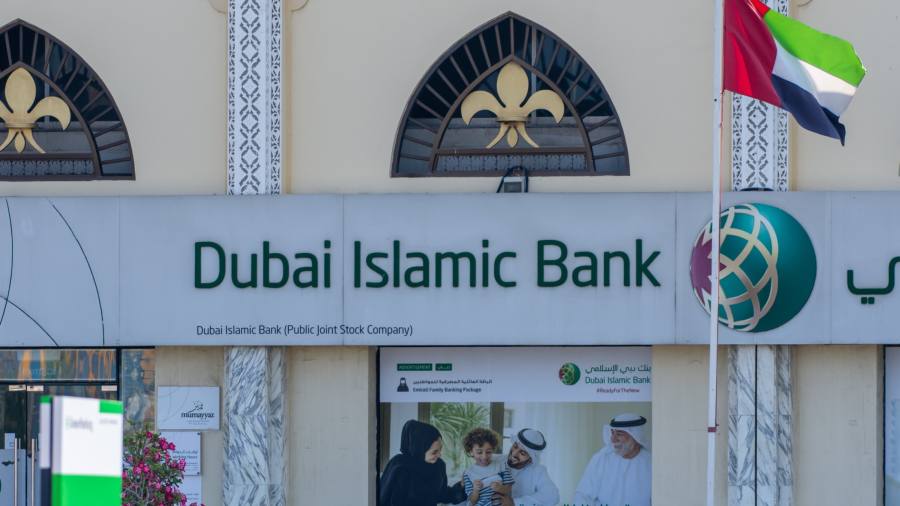 The family of a British prisoner in Dubai has urged foreign investors including lender JPMorgan and fund manager BlackRock to divest their stakes in Dubai Islamic Bank, which they blame for their relative’s prolonged detention.

Ryan Cornelius, 68, has been jailed in the Gulf commercial capital for 14 years after being arrested in 2008 along with three others, including his former partner Charles Ridley.

All four were convicted of defrauding DIB, which is part-owned by the Dubai government, in 2011.

At the end of their sentence in 2018, at the bank’s request, a Dubai judge extended their detention by 20 years until they settle an alleged debt of $430 million. The judge retroactively used a 2009 law that provides for prison terms for failure to return fraudulent profits from government-related entities.

The offense for which Cornelius was convicted predated the 2009 law.

The family of Cornelius, whose health is deteriorating, have campaigned for his release. He called on the UK to sanction DIB chairman Mohammed Al Shaibani for alleged human rights abuses over Cornelius’ disproportionate sentence and what he sees as harsh treatment and arbitrary detention in prison.

Shaibani is also a senior government official in the emirate.

The family said the DIB had applied to extend Cornelius’ sentence and, as his effective jailer, could seek to overturn the decision.

DIB said it had acted “properly, in the best interests of its shareholders and in accordance with applicable law at all times”.

“This dispute has been the subject of detailed examination in two jurisdictions and the unanimous conclusion of the court proceedings in both England and Dubai is that these men are guilty of fraud,” it added.

A group of British MPs, including former Conservative Party leader Sir Iain Duncan Smith and Stephen Kinnock, also urged the UK government to “show the same energy” in Cornelius’ case as it did in securing the release of Nazanin Zaghari-Ratcliffe from detention in Iran.

The UN Working Group on Arbitrary Detention this year concluded that Cornelius was arbitrarily detained and called for his immediate release and payment of reparations.

Cornelius argued that legal means were used to force him into bankruptcy. He was making installments on a $501 million DIB loan restructuring deal until he was placed in custody in 2008, causing him to default. The bank foreclosed on the loan, a polo-themed real estate development then valued at about $1 billion. DIB argued that the loan restructuring was illegal.

Bill Browder, a longtime Kremlin critic who lobbied for the Global Magnitsky Act, which allows sanctions on foreign officials identified as human rights violators, said: “This is an absolute travesty of justice where a bank can keep a person held hostage for an alleged non-payment of debt, even when in fact no money appears to be due’.

In a letter to BlackRock, Ryan Cornelius’ wife Heather noted the fund manager’s commitment to “engage with companies on how to manage the human rights inherent in their businesses.”

“I urge you to assign your holdings to DIB,” he wrote. “Use your influence as a major shareholder in DIB to force them to take all necessary steps to secure my husband’s release.”

Cornelius has written similar letters to other global companies identified as having some of the largest institutional holdings in the DIB. These include JPMorgan, US investment manager Vanguard, UK wealth manager St James’s Place and Norges Bank Investment Management, Norway’s sovereign wealth fund.

Diplomats said it was difficult for the UK government to interfere in the legal proceedings of a foreign country. The United Kingdom and the United Arab Emirates have close historical ties.

BlackRock, JPMorgan and St James’s Place declined to comment. Vanguard did not respond to a request for comment.

NBIM said it was studying the letter.

The Foreign, Commonwealth and Development Office did not provide a statement for publication.