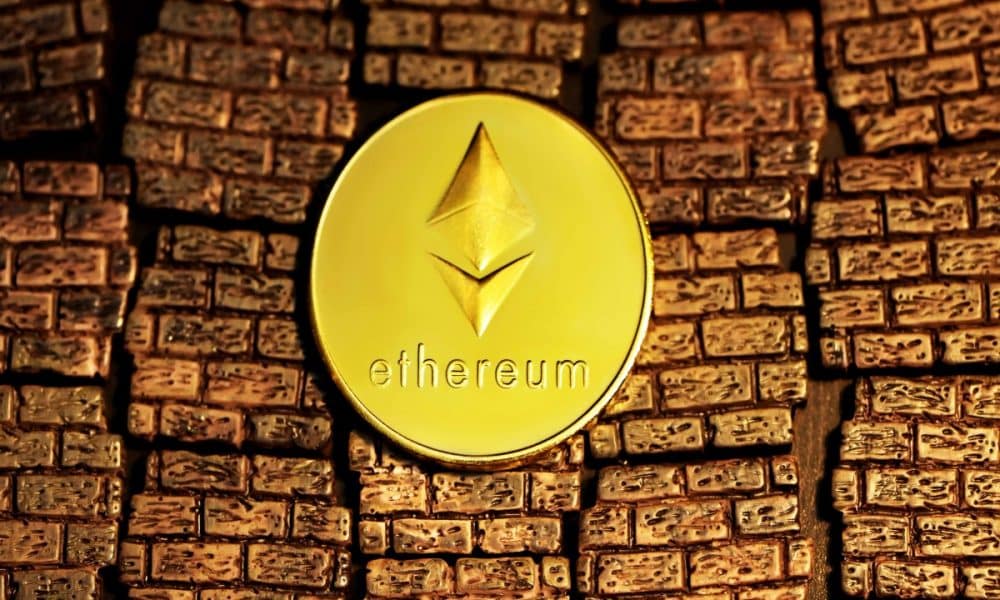 In the past three months leading up to the Ethereum mainnet’s eventual transition to a proof-of-stake consensus mechanism, data from Sentiment revealed a disparity in the mining behavior of ETH whales on the network.

Interestingly, the largest whales on the network are gradually abandoning their ETH holdings within the 90-day period we are looking at.

According to data from IntoTheBlock, large ETH holders have slowed their asset accumulation over the past three months. Large holders own at least 0.1% of a crypto asset’s circulating supply.

Big netflow owners of a crypto asset is a metric that describes the change in the positions of whales and investors who own more than 0.1% of the asset’s supply.

When this metric sees a spike, it means that this category of holders has accumulated. Conversely, a decline is an indication of “reduced positions and sales.”

Over the past 90 days, data from IntoTheBlock revealed a 281.60% decrease in ETH network flow of major holders. However, due to the Merger, this class of investors has significantly accumulated ETH over the past seven days, as this metric has dropped by 819.58% within that period. 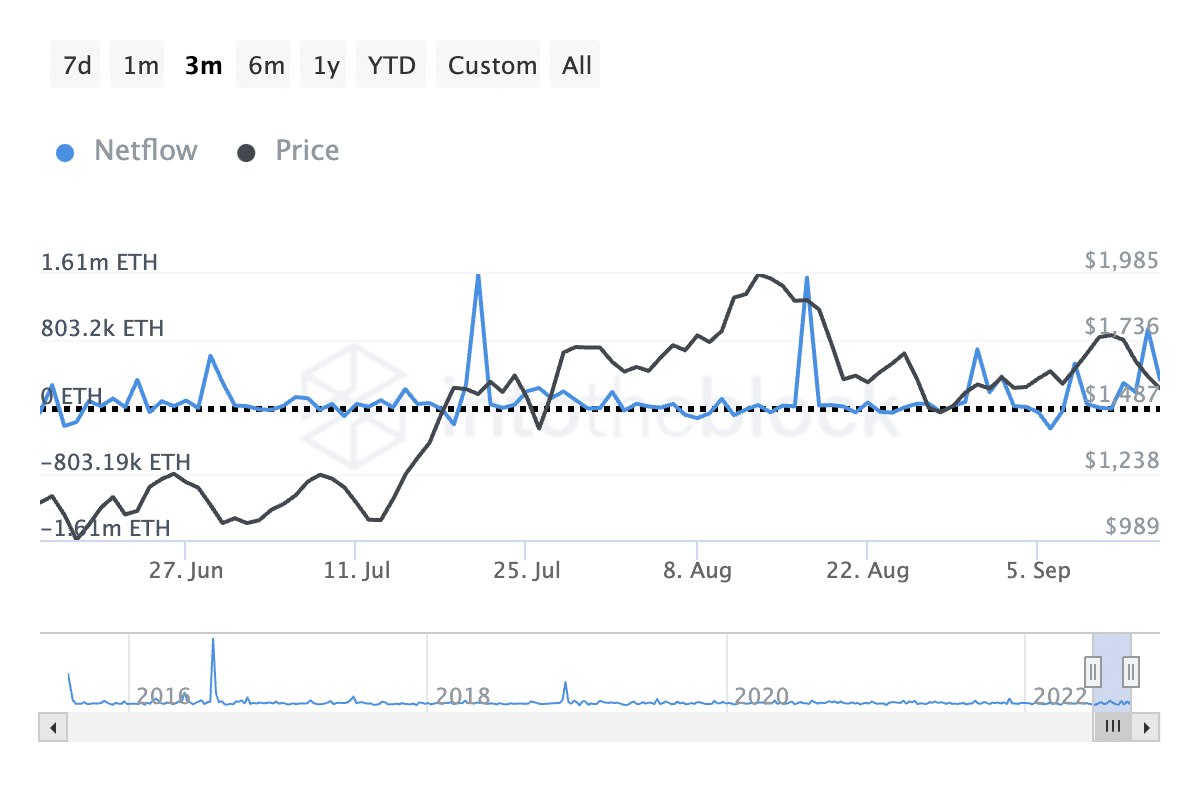 ETH is seen on the other side

While some Ethereum-linked assets posted significant gains following the Merger, the leading altcoin’s price only increased by 2% moments after the Merger.

After the rally, the price of ETH fell by 10%, 24 hours later, data from CoinMarketCap revealed.

Additionally, on the last day, total liquidations in the general cryptocurrency market were set at $215.22 million, according to data from Coinglass.