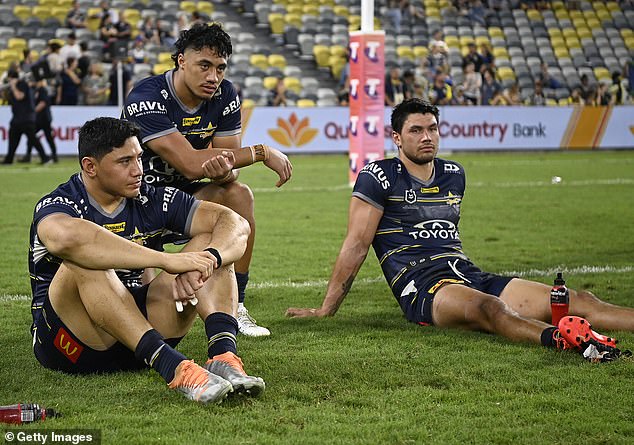 A very emotional Todd Payten breaks down as he praises the Cowboys for “bringing pride back to the club” after a remarkable season and warns NRL rivals North Queensland: “We WILL be back here again”.

Todd Payten praised his players for “bringing pride back to the shirt and the club” and vowed the Cowboys will be contenders again in the future after a “disappointing” loss to Parramatta.

North Queensland’s remarkable season came to an end on Friday night, with the Cowboys losing 24-20 at home to the Eels in the qualifying final.

The hosts led by eight points midway through the second half at Queensland Country Bank Stadium, but two quick tries from Reagan Campbell-Gillard and Maika Sivo turned the tables on Parramatta.

The Cowboys lost 24-20 to the Eels at home in their qualifying final on Friday night.

The Eels reached a first Grand Final since 2009, pipping the Cowboys for a first appearance in the NRL’s biggest game in five years.

But Payten was full of praise for his players.

“I have been proud of our lads for a long time. Yes, absolutely,” he said in an emotional press conference after the match.

“We’re putting some respect back into our place.” 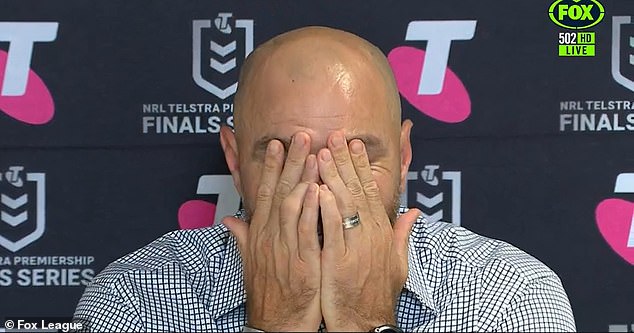 Todd Payton was visibly emotional in his postgame press conference

The Cowboys lost to Melbourne in the 2017 Grand Final, but finished 13th the following year. Back-to-back 14th-place finishes followed, before North Queensland slipped to 15th last year in Payten’s first season in charge.

In his second year in Townsville, however, the former Canberra and Wests stars produced a remarkable turnaround, with the Cowboys winning 17 games to finish third on the ladder.

“Losing tonight was never part of the plan,” Payten said when asked if he expected his team to go as far as they did. 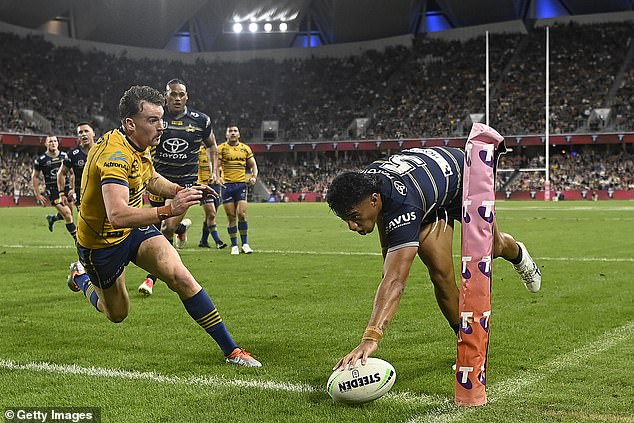 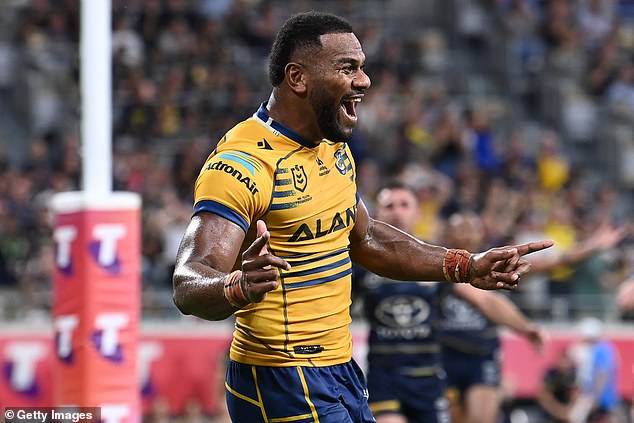 But Maika Sivo scored the winning trick as the Eels hit the front with 15 minutes to go. 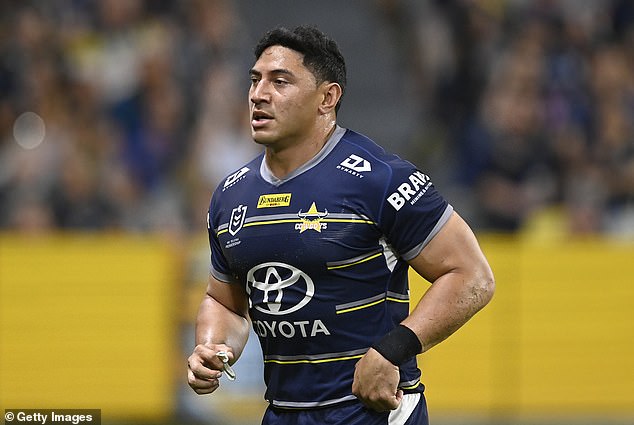 Reflecting on the Cowboys’ fairytale run to the qualifying final, Payten insisted it should serve as a launching pad for the club.

“I want us to leave with our heads held high. I know them [the players] they’re disappointed, they really are, but we’re bringing some respect back to the shirt and the club,” he said.

“We’ve got a good foundation, if we don’t fall in love with ourselves and keep working hard and getting better, we’ll be back here again.

“It’s hard to get here, we know that, and that’s what makes the opportunity to be lost so disappointing, but we’ve got plenty of talent.”

Payten also paid tribute to the Cowboys fans, who stuck by the players even after four seasons of disappointing footy. Queensland Country Bank Stadium was a cauldron of noise on Friday night and the entire region has been gripped by NRL fever this season. 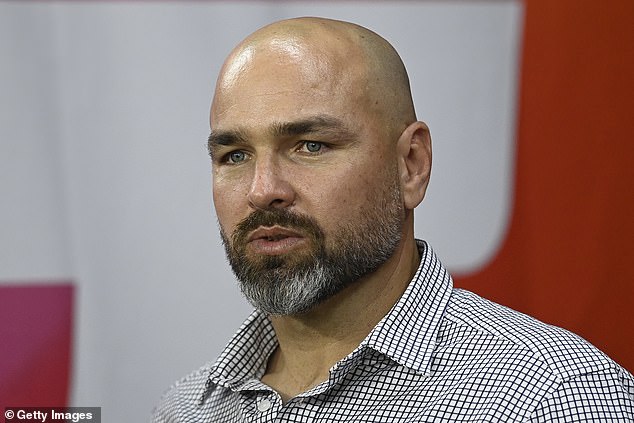 That’s one of the things I love about this club,” he said.

“We have a lot of kids in our system that have come from this area. […] That’s why playing for our club means something to them.

We represented the people of the north in North Queensland style.’