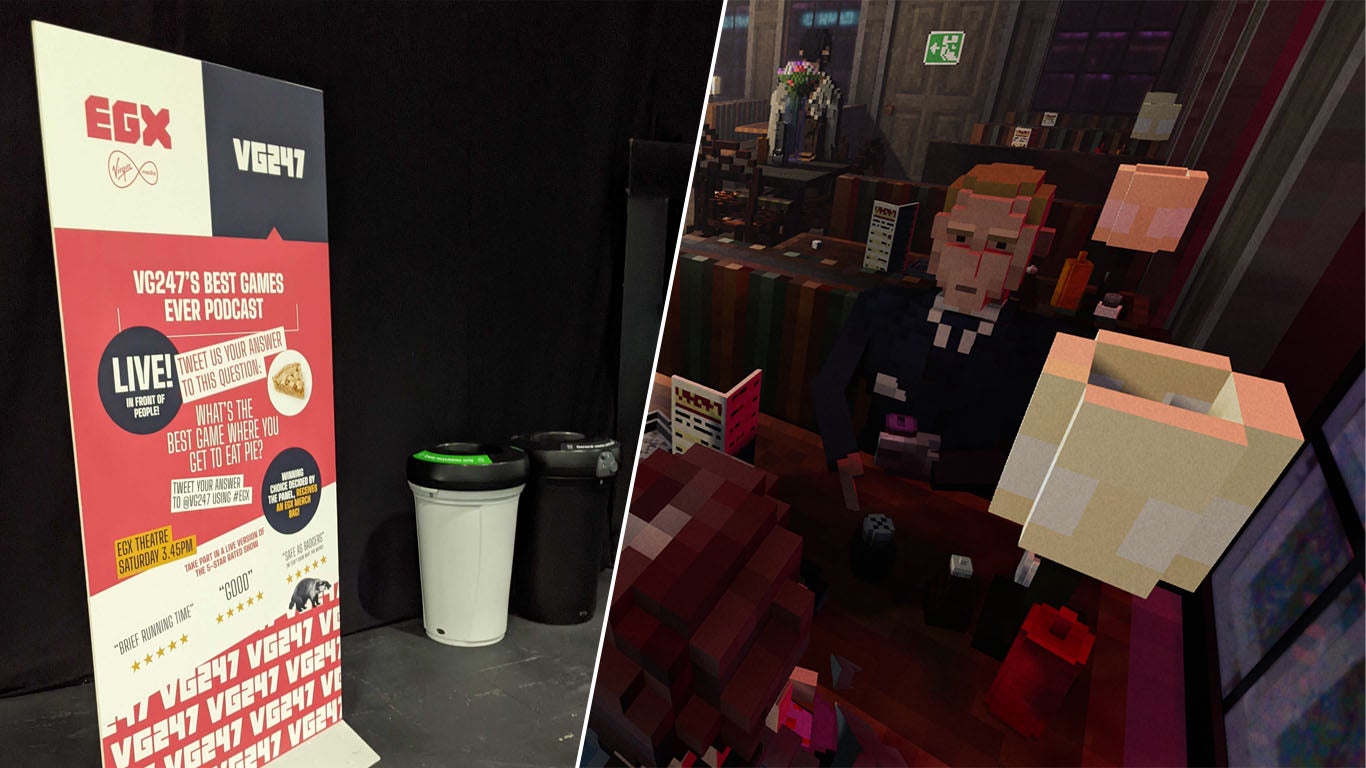 Please enjoy this self-indulgent vlog of my first day at a fair in four years. I didn’t plan to focus so much Shadows of Doubt, and I’ll be doing a proper preview in the coming weeks, but I can’t stress it enough – it’s brilliant. Rarely does such a bold vision enjoy matching its execution. It kind of reminds me of Cloudpunk, which I really liked, but I was desperate to have a less passive relationship with the city itself. With its impressive sense of immersion and commitment to interactivity built into the core of the game, I feel like Shadows of Doubt very much achieves that ambition for me. I can’t wait for the full version to be released next year. He won The ‘UK Game of the Show’ at Gamescom a few weeks ago, and it’s blindingly obvious why from the second you start the demo.

It’s day two of EGX as I write this: yesterday was one of the best times I’ve ever had at a trade show. It really feels like events are finally coming back and it’s easy to forget how big a deal it is after months of relative post-pandemic normalcy. I say relatively, because Covid is, of course, still with us – I’m not ready to give up my mask just yet – but I’ll take the sweetness of relative normalcy over the alternative of having no human contact other than poorly framed webcams.

I didn’t think of any of this in the run up to EGX. I’m pretty new to this job and I mostly saw it as a good opportunity to finally meet some of my colleagues at VG247 (and how important it was – I finally know what Connor looks like in 3D and I really didn’t know he was recognized without the bevel of a laptop screen). But I found myself getting really moved by the sight of groups of friends, mostly in their late teens/early twenties, cutting the show together, cosplaying, laughing at dumb jokes, buying Hatsune Miku t-shirts, and generally doing normal things – something their generation was denied for 18 months, during some of the most pivotal developmental years of their lives. I hadn’t really thought about this aspect of the pandemic until now. I’m almost 40, I’m fit, my dating days are comfortably behind me and I love sitting on my arm. I am in the extremely privileged position where Covid has been more of a disruption than anything else.

The exhibitions have acquired a new dimension of importance after the events of the last few years. It’s vital to our collective healing as an industry, as a society, that we spend some face-to-face time with each other. I’d forgotten what it was like to actually talk to the people behind the games we cover – to feel that excitement emanating from someone as they describe their artistic process, their hopes for the project, their inspiration. It is rare that these undefined aspects of human communication are encountered via video streaming. Indeed, it makes you appreciate why screen actors have to train for years to be good, and why the good ones are paid so well for their work: pushing raw human emotion is hard work.

As beneficial as the work-at-home revolution has been for those of us lucky enough to enjoy it, it’s soul-nourishing to do things IRL, even for a long weekend.

If you’re at EGX on Sunday, come check out the VG247 podcast Best Games Ever: Live! In front of people! Possibly you!