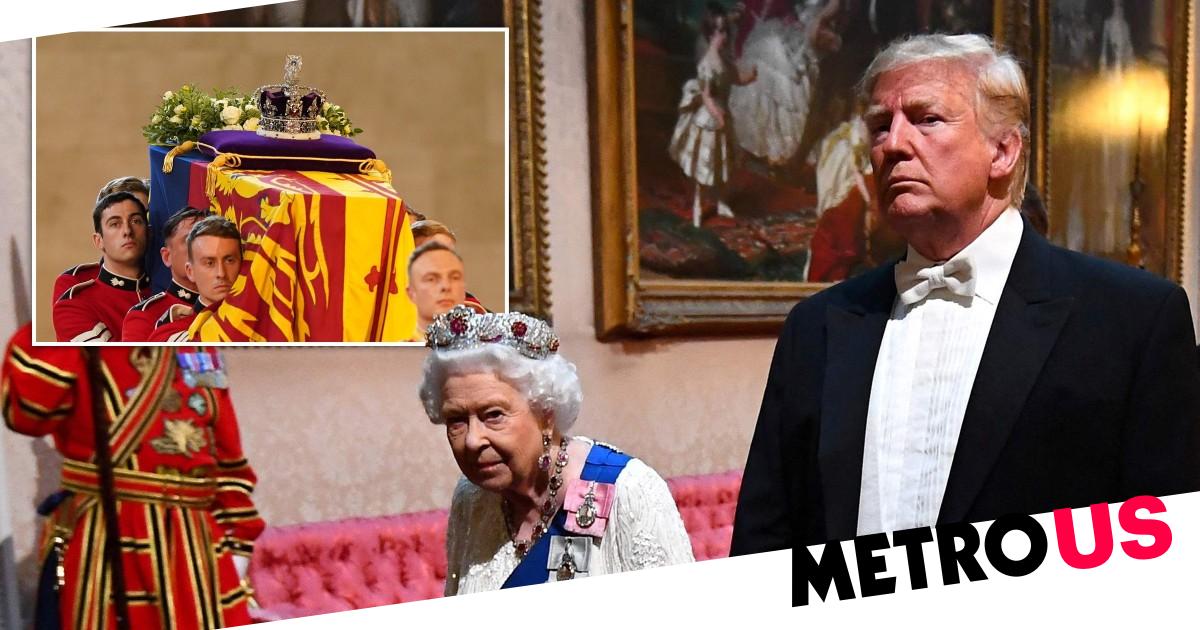 Former President Donald Trump has reportedly been invited to a memorial service for Queen Elizabeth II in the US after being left off the guest list for her funeral in the UK.

Invitations to Trump and the other living former US presidents – Barack Obama, George W. Bush, Bill Clinton and Jimmy Carter – and their spouses were sent out on Thursday, according to The Telegraph.

The event is called the Service of Thanksgiving for the Life of Her Late Majesty Queen Elizabeth II, the newspaper said. It will take place on Wednesday, two days after the Queen’s funeral at Westminster Abbey, to which only President Joe Biden has been invited.

Trump and other former US presidents were barred from the Queen’s funeral and no US delegation is allowed due to the large number of dignitaries expected to attend from around the world.

The Queen’s Color Squadron will perform a guard of honor and the music will represent four parts of the Union, according to The Telegraph. The Bishop of the Episcopal Diocese of Washington, the Most Rev. Mariann Edgar Budde, will preside over the ceremony.

Both the National Cathedral and the Church of England are part of the Anglican Communion.

The National Cathedral was the site for the state funerals of four former US presidents: George W. Bush, Ronald Reagan, Gerald Ford, and Dwight Eisenhower. It is expected to hold around 1,700 people for the Queen’s memorial service.

Dame Karen Pierce, the UK’s ambassador to Washington, and her husband Sir Charles Roxburgh sent the invitations to senior US officials, a former Treasury official told the Telegraph.

Biden accepted an invitation to the Queen’s funeral earlier this week.

“The invitation was extended to the US government only for the President and First Lady,” said White House press secretary Karin Jean-Pierre.

Biden on Monday will reportedly have an entourage of 400 special agents, making him the Queen’s most protected mourner. Apparently he is ready to drive in his armored Cadillac instead of a coach shared by other world leaders.

Trump, who traveled to the UK for a state visit with the Queen in 2019, mourned her death and eulogized her.

“Melania and I are deeply saddened to learn of the loss of Her Majesty Queen Elizabeth II. Along with our family and fellow Americans, we send our sincere condolences to the Royal Family and the people of the United Kingdom during this time of great sadness and grief,” Trump wrote on his Truth Social platform.

“Melania and I will always cherish our time with the Queen and we will never forget Her Majesty’s generous friendship, great wisdom and wonderful sense of humour. What a majestic and beautiful lady she was – there was no one like her!”