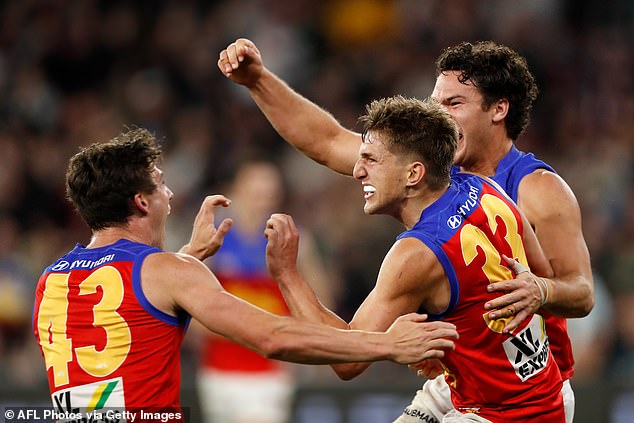 Eric Hipwood booted four goals to help Brisbane bury their hoodlum at the MCG with a thrilling AFL semi-final victory over unheralded Melbourne.

The saw affair continued its streak of bumper finals after an exciting opening week.

It was Brisbane’s first win at the MCG since 2014, ending an 11-game losing streak, and came after losing four straight to the Demons by an average of 44 points over the past two years.

The Lions now find themselves in a qualifying final against minor premiers Geelong, while Melbourne’s dream of back-to-back flags is over. 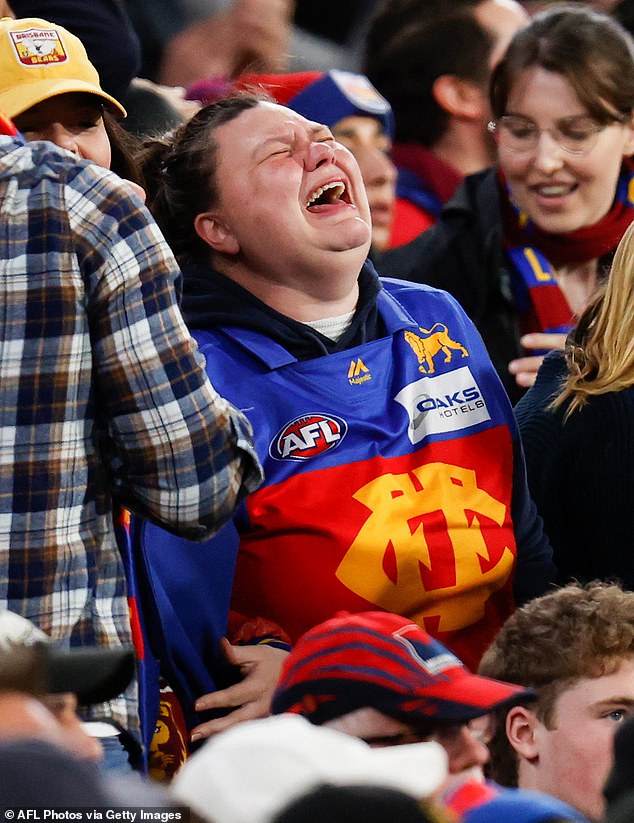 Tears of joy: It’s a safe bet this Lions fan wasn’t the only Brisbane die-hard overcome with emotion after her team’s bid to never die

BRISBANE are worried about midfielder Jarrod Berry, who will be tested for putting his hand near Clayton Oliver’s eyes in a third-quarter incident that sparked a fierce clash between the pair.

The contributions of Hipwood and Charlie Cameron (three goals) in attack were huge as the Lions overcame the late withdrawal of key forward Joe Daniher for personal reasons.

Oliver battled hard for the Demons with 21 disposals and nine clearances despite close checking throughout the match by Deven Robertson and Berry.

Christian Petracca was Melbourne’s leading kicker with 27 disposals, allaying concerns over a small fracture in his fibula and a strained calf.

But the Demons missed opportunities in attack and held firm after the main break as Brisbane produced a major boilover.

The contest has been branded a grudge match after the sledding saga surrounding Dayne Zorko’s nasty comments left Melbourne defender Harrison Petty in tears when the teams met last month. 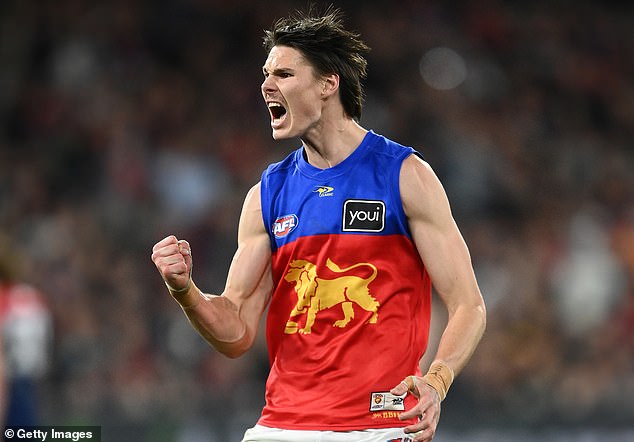 Eric Hipwood was huge for Brisbane, kicking four goals as the Lions hit 11 bigs to the Demons’ five after half-time. 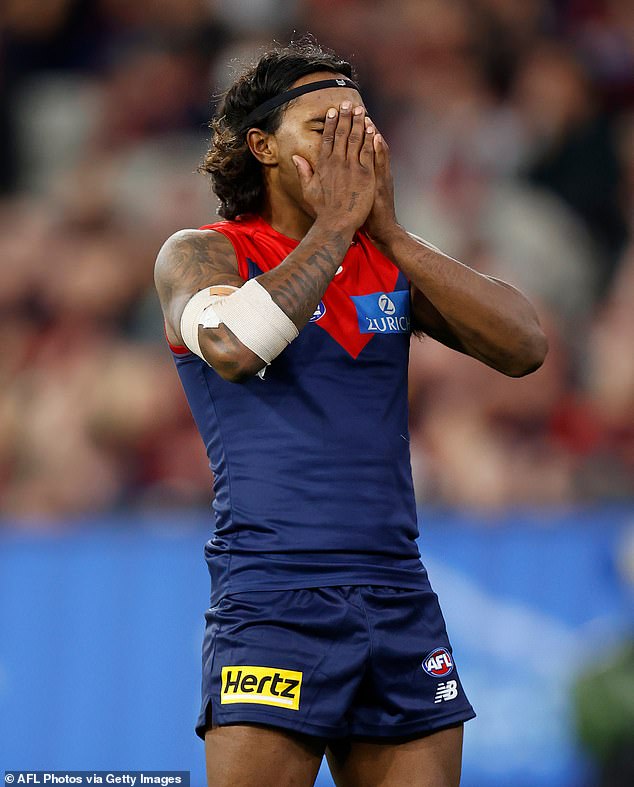 The Brisbane captain was jeered by the home crowd whenever he got near the ball and team-mate Lincoln McCarthy made a ‘cry’ gesture at Petty during a heated moment before half-time.

Melbourne’s clearance dominance was evident early on and the 22-point margin at the main break would have been greater but for the miscue and a late Lions goal through Callum Ah Chee just before the buzzer.

The Demons outscored their opponents in the first half, scoring 6.8-3.4.

But five straight goals leveled Brisbane in the third period before quick responses through Bailey Fritz and Alex Neil-Bullen took the momentum away for the Demons. 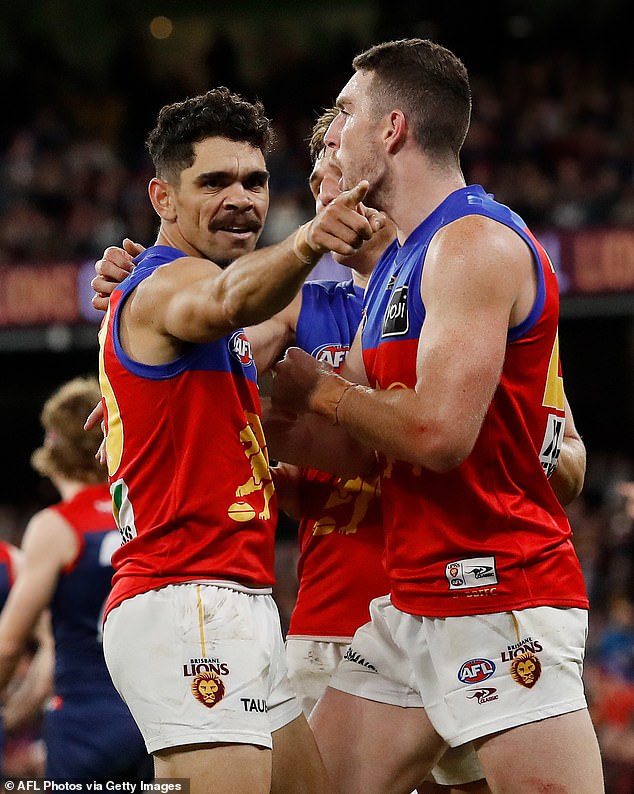 We’re coming for you, Geelong: Charlie Cameron and his team-mates take on the Hot Cats in the preliminary final next week

It swung again and the Lions were level at three-quarter time, with Fort nailing a long set shot and Hipwood hitting the fourth after Dan McStay caught Trent Rivers holding the ball.

McStay put the Lions ahead for the first time with the opening goal of the final term and they led by 20 points before late goals to Petty and Ed Langdon produced some nervy moments in the final three minutes.

But a free-kick and a 50-metre penalty against Demons defender Jake Lever gave McStay the goal-line stopper with a minute remaining.

The qualifying final will be Brisbane’s second under Chris Fagan, who improved their finals record to 3-5.