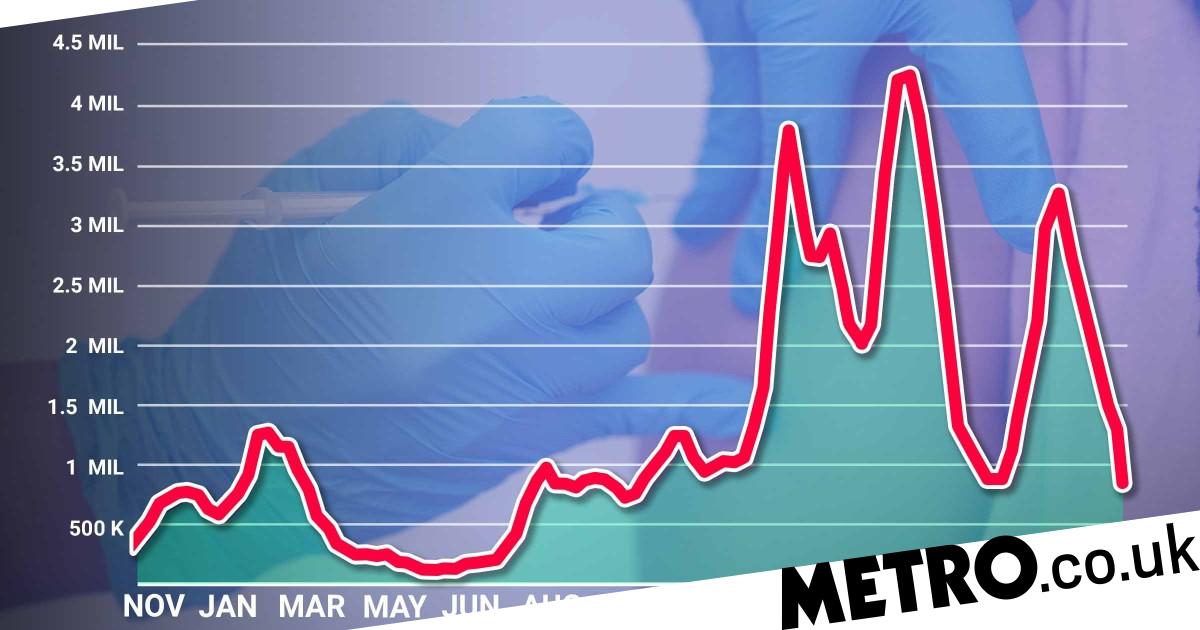 UK coronavirus infections have fallen below one million for the first time since early June, the lowest level in nearly 11 months.

In the week to August 28, a total of 944,700 people in private households were estimated to have had Covid-19, according to the Office for National Statistics (ONS).

It is also the lowest total across the UK since the week to 2 October 2021, when the figure was 942,600 – although not all areas of the country are showing a clear downward trend.

During the spread of the Omicron BA.4 and BA.5 subvariants, infections reached 3.8 million in early July of this year, although they have been on a generally downward trend in recent weeks.

Infections continue to fall nationally in England and Wales, although the trend is uncertain in Scotland and Northern Ireland, the ONS said.

Infections are estimated to have fallen in all areas of England except the East of England, the East Midlands and the South East, where the trend is described by the ONS as “uncertain”.

All age groups in England are likely to have seen a fall in the prevalence of the virus, except for people from school year 12 to age 24, and people aged 70 and over, where the trend is again uncertain.

From today, millions of people are now able to book a fourth jab at the coronavirus, with the latest booster rollout extending to over-65s.

Carers and pregnant women can now call 111 to book their latest vaccination or book online.

The souvenir has been available to people aged 75 and over, the severely immunosuppressed and frontline health and care workers since last week.