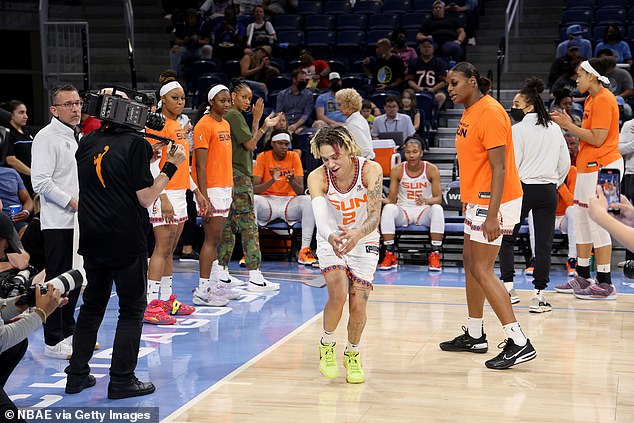 The visiting Connecticut Sun scored the final 18 points in Thursday’s decisive Game 5 of the WNBA semifinals, knocking off the defending champion Chicago Sky 72-63 to earn a trip to the WNBA Finals.

DeWanna Bonner and Jonquel Jones each scored 15 points to lead five players in double figures for Connecticut. Jones’ 3-pointer with two minutes left gave the Sun a 66-63 lead for good.

Connecticut also got 14 points from Natisha Hiedeman plus 12 from Alyssa Thomas and Courtney Williams. The Sun overcame 23 turnovers, outgained the boards 43-28 and countered all 16 of their foul shots. 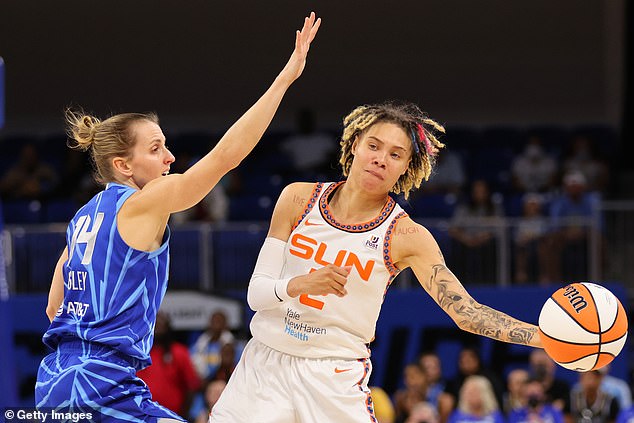 Thomas and Jones each grabbed 10 boards while Bonner pulled down nine.

Connecticut jumped out to a quick lead in the first quarter, just as it did in Tuesday night’s 104-80 home win in Game 4. The margin was nine late in the period before the Sun took a 24-16 advantage in the second quarter.

Chicago rallied in the second, putting together an 11-4 spurt, with seven of the points coming from Copper, to pull ahead 38-36. Bonner made a layup as time expired to forge a 40-40 halftime tie. 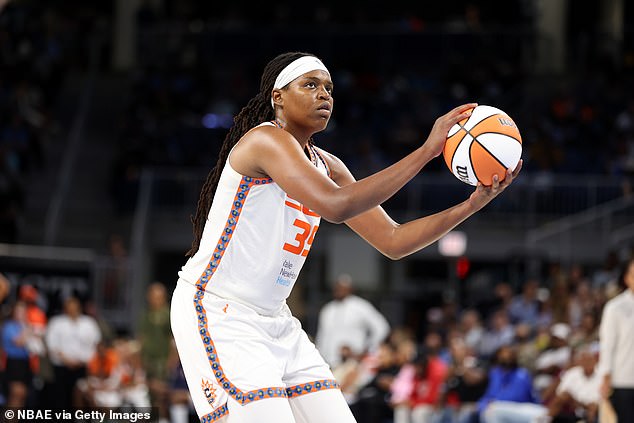 The Sky seemed to take command in the third quarter, holding Connecticut to just eight points. When Meesseman converted a driving layup with 9.2 seconds left, Chicago had a 58-48 lead.

Halkino’s basket with 4:56 left put the hosts up 63-54, but the Sky didn’t score again, missing their last eight shots. Hiedeman’s layup with 2:24 left tied the score before Jones’ 3-pointer.

Bonner sealed the outcome by shooting 4-for-4 from the foul line in the final 21 seconds.

The Sun are 0-3 in previous trips to the WNBA Finals. The Aces are in the Finals for the first time since moving to Las Vegas in 2018. The franchise lost in the title round in 2008 when it was the San Antonio Silver Stars. 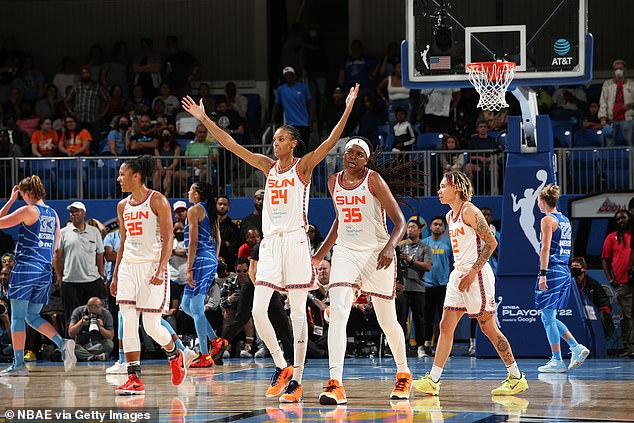 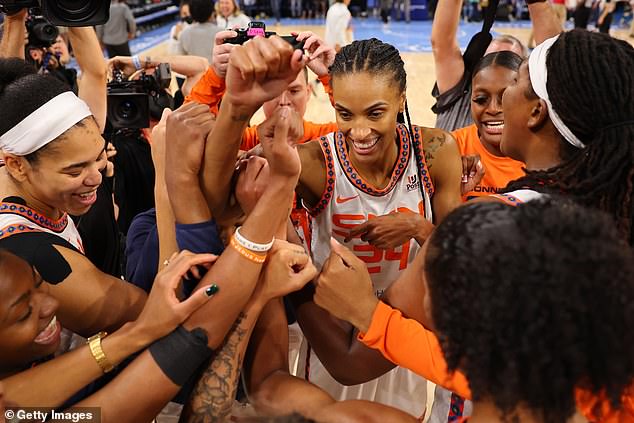