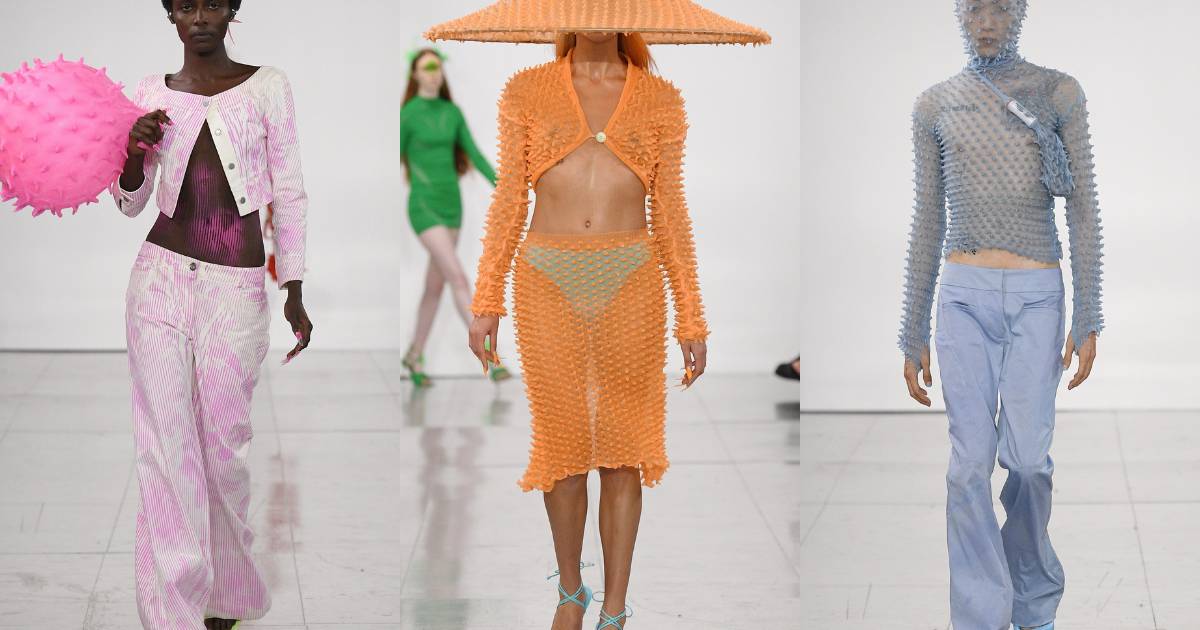 For spring/summer 2023, Lo was inspired by his childhood and a Buddhist story set on the night of the Buddha’s enlightenment, where Mara, the goddess of death, releases a sea of ​​arrows towards the Buddha, but as they approach, weapons fall at his feet and become flowers.

“This season I wanted the collection to be very focused on where I grew up and my cultural background, which has always been my previous collections, but this time I really wanted to highlight that. I grew up Buddhist and we used to go to the Temple every week,” Lo explained in the show notes.

The show began with Lo creating a temple of tranquility at the Old Selfridges Hotel, filling the space scented with incense and soothing music. This ended abruptly as the lights came up to a techno soundtrack, which sent many guests jumping in their seats.

For the collection itself, Lo reimagined his signature spiky knits with prints influenced by the lotus flower, a symbol of purity in Buddhist culture, while other brightly colored knit looks featured verticals inspired by what the marks might look like if arrows . he had struck the Buddha.

Chet Law was inspired by his Buddhist childhood for SS23

The Central Saint Martins graduate also showcased the debut denim pieces provided by Isko, which he gave a distressed look using direct screen printing techniques. He also took inspiration from the lotus cushion to create his signature covered ball hats and sent models down the runway with giant balloons.

“This collection is about finding peace in my life,” added Lo.

The collection also introduced a collaboration with technology start-up Nothing, with the company’s Ear (stick), due later this year, making its catwalk debut. The recently released Nothing phone was also presented in limited-edition personalized bags, using transparent fabric to complement the smartphone’s transparent design and illuminated back panel.