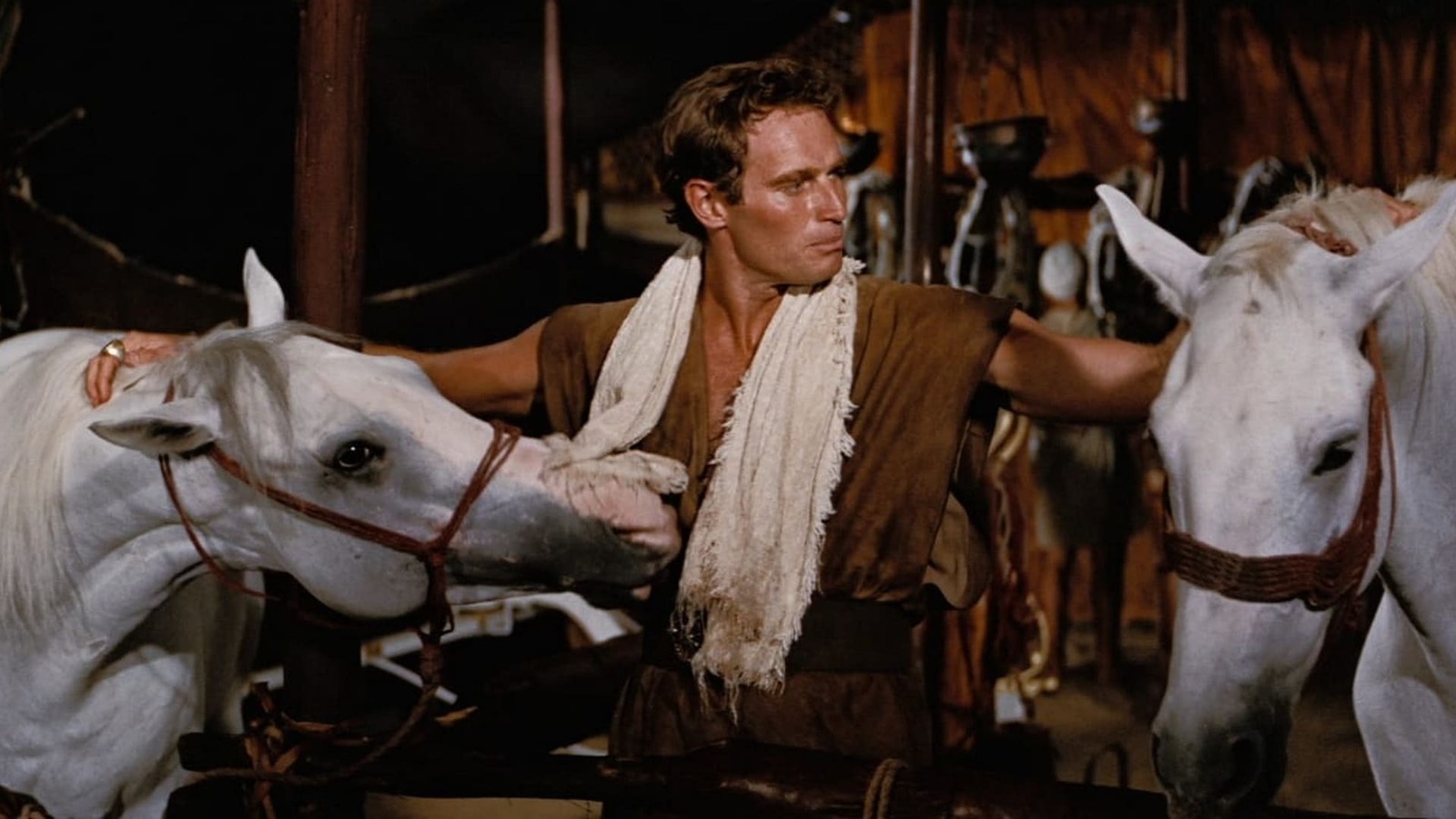 To clarify right away: A stuntman did not die during the production of “Ben-Hur.”

For many years, it was rumored that Stephen Boyd’s stuntman for the film’s famous chariot sequence was either thrown from a chariot, or trampled by horses and crushed (depending on what rumor one might hear). The rumor was probably started by the artist Nosher Powell, who, in his autobiography “Nosher”, stated that a stuntman had indeed died. The fact is – confirmed in Emilie Raymond’s 2006 book “From My Cold, Dead Hands: Charlton Heston and American Politics” – no stuntman died during “Ben-Hur” and the only injury sustained was stunt by Charlton Heston. Joe Canutt, who blew his chin into a chariot. Canutt lived until 1986.

The chariot sequence in “Ben-Hur” is one of the most notable examples of high-profile stunts in Hollywood history, as well as one of cinema’s great action sequences overall. The feats accomplished on stage are all first rate and will delight the most jaded action fan. Heston didn’t do any of his own stunts, although Boyd famously did, donning special armor to be dragged behind a chariot. But don’t worry, “Ben-Hur” fans, as it was just a dummy trampled under the horses’ thunderous hooves.

In 1997, Heston recorded an interview with the BBC, and he seems to have overlooked Boyd’s mess, declaring that actors simply don’t – perhaps shouldn’t – do their own stunts. We now live in an age where Tom Cruise is systematically and purposefully putting his life on the line to do increasingly wild stunts for the ‘Mission: Impossible’ movies. Heston, notoriously sleazy and conservative in his stances, probably wouldn’t have heard of it.

Charlton Heston was no diminutive of stuntmen’s talents. Indeed, he seemingly wanted to give stunt coordinators and second unit directors their due when it came to their contribution to action scenes in films. Heston says nothing about an actor’s ego, but clarifies that actors doing their own stunts should not be considered the centerpiece of a stunt script. Heston points out that he knows a little about horses, but he’s never taken control of a stunt sequence just to show off. Indeed, Heston never even wanted to direct, and once said in an interview with Dick Cavett that he preferred to claim control of a production at the level of casting, editing and writing. Heston still liked to control a film he was working on, but never as a director, never as a stuntman. Heston said:

“The actor who tells you he does his own stunts is either an idiot or a liar. Now, there are shots you can do. I’m a moderately skilled horseman. . . . And the stunt coordinator, or second unit manager, is always the people who know everything there is to know about it. And I always say, ‘Can I do this shot?’ And they’ll say, ‘Yeah, you shouldn’t do that Chuck,’ I said, ‘Okay.’ And if they say Yes, you can do that’, I do, it’s very simple.’

Heston may have asked, but the stunt coordinators said no. So he didn’t.

The old Heston and the new Heston

Heston, it should be noted, was once a more left-leaning liberal who served as president of the Screen Actors Guild from 1965 to 1971. He cared about actors’ rights and even marched for Civil Rights during the 1960s. by the time he made the above statement in 1997, his politics had shifted dramatically in the opposite direction and he became head of the National Rifle Association, often giving pointed speeches about vague cultural war issues. Latter-day Heston became, in many ways, the central celebrity figure of the modern conservative movement.

Both versions of Heston, however, seem to believe in actors’ rights and make sure credit is given where it’s due. Too bad Heston seems to have forgotten Boyd in his statement.

Heston, in the same 1997 interview, lamented the changing face of Hollywood and how much money was being spent. In 1997, a cheap movie cost $23 million, while “Ben Hur” cost just $14 million. He complained that a movie like “Ben-Hur” couldn’t be made in 1997, largely unaware that historical epics like “Braveheart” were still winning awards. By the way, a new film version of “Ben-Hur”, directed by Timur Bekmambetov, would be made in 2016 with a budget of about 100 million dollars. It went unnoticed by the masses, and is one of the biggest box office bombs of all time.

Heston’s comments, of course, didn’t take into account Hollywood in 2016 – he died in 2008 – but he was right that large-scale Roman epics are indeed still out of fashion. We can only give him so much.