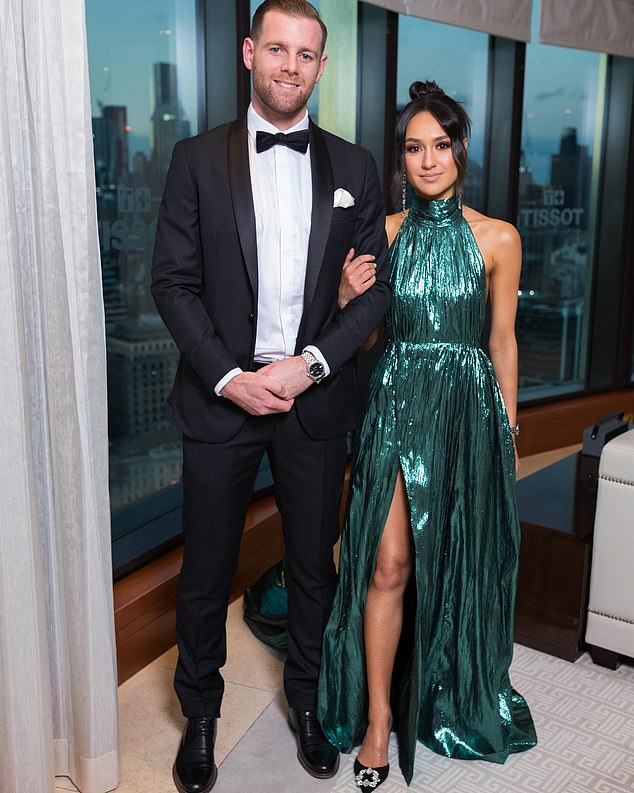 Carlton star Sam Docherty celebrated wildly with his team-mates as he kicked a goal against Richmond in the first game of the year as he returns from his second battle with cancer – but it wasn’t his wife Natalie’s favorite moment of the season .

It came up in the Blues’ round seven clash with North Melbourne and Docherty shared a hug with fellow cancer survivor Ben Cunnington.

“Sam and Ben have such a great relationship and I talk to him [Cunnington’s wife] Belinda very much. We were both going through it,” Docherty told the Herald Sun.

“The first round when Sam scored a goal was beautiful and you realize it’s more than just a game. It’s a community and everyone has been so supportive.’ 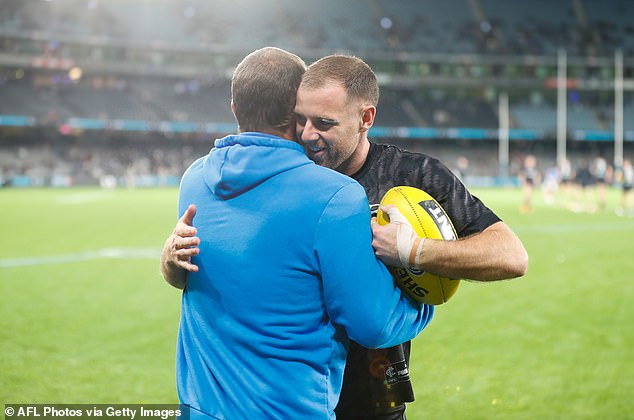 Cunnington – who, like his Carlton counterpart, battled and beat testicular cancer – was still recovering and off the field when the pair embraced at Marvel Stadium ahead of the Blues’ win over the Kangaroos on April 30.

The image was one of the highlights of the AFL season, along with Cunnington’s return to action in North’s game against Adelaide on August 14, when he broke down hugging his wife and children on the field.

Docherty was mobbed by ecstatic team-mates when he kicked a goal just before half-time in the season-opening win over Richmond, capping his comeback from two games with the killer disease. 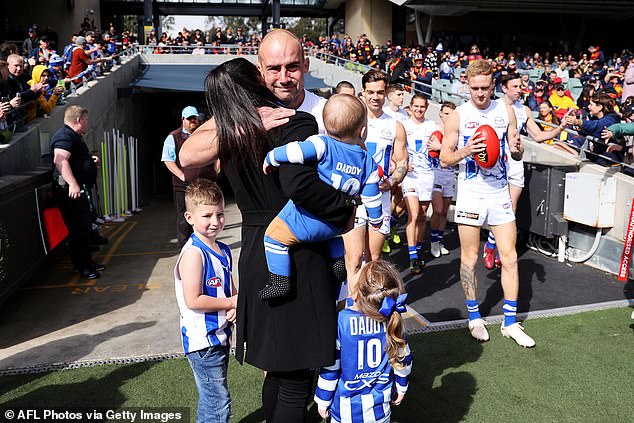 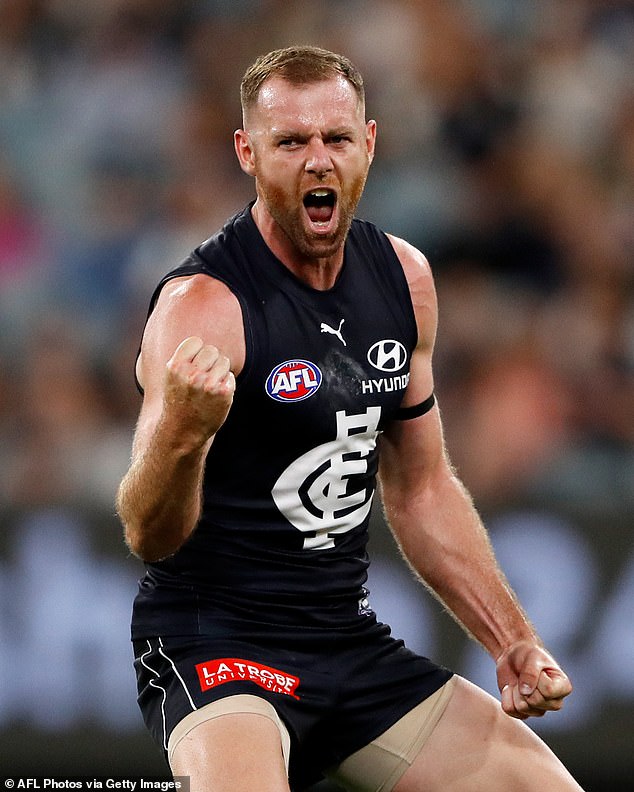 Speaking just days before that game, Carlton coach Michael Voss admitted that when he first met the defender in October last year, his health battle was so serious he didn’t think he would be able to feature in the curtain.

“I’m so proud, all year we’ve been saying, as long as you get through the season and everything goes well, this is a successful year for him, and he’s made it in every game,” Docherty said of her husband.

The couple’s first child is due in January.