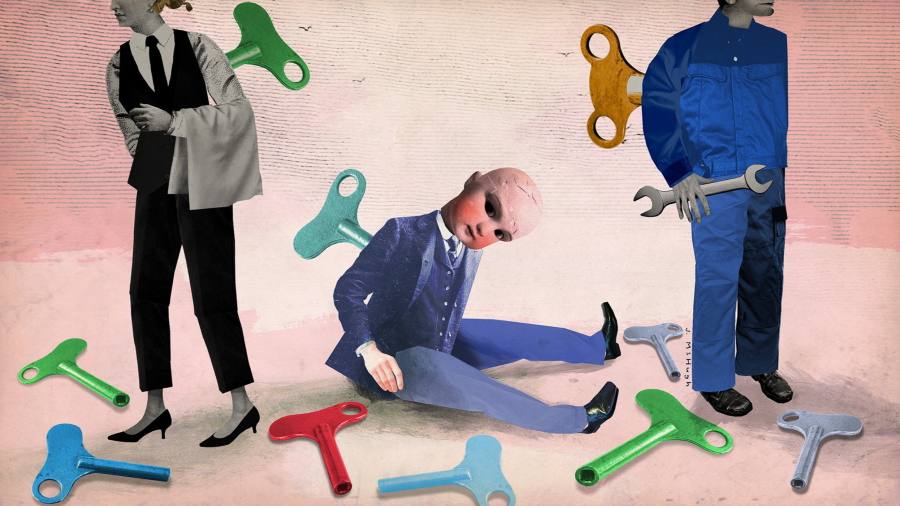 Where are all the workers? This is, increasingly, a puzzle. On the face of it, it’s good news that the unemployment rate is still falling — it just hit a 48-year low in Britain.

But this hides something less positive: increasing numbers of people are leaving the labor market altogether.

The jobs ‘miracle’ was routinely trumpeted by Boris Johnson’s government and it sure is a good time to be a plumber or a teenager who can pull back a pint. There are still as many job vacancies as there are job seekers, despite the fact that employers have declined somewhat as the economy has become more elegant. But the pressures are taking their toll: baggage piles up at airports, while builders and architects close their books on new contracts. Some executives I talk to are practically praying for a recession.

The latest figures from the Office for National Statistics show that, surprisingly, despite the cost of living crisis, average weekly working hours still haven’t returned to pre-pandemic levels. In the quarter to July, there was a slight fall in overall employment.

It turns out that the new low unemployment rate isn’t because more 16- to 65-year-olds are in work. It’s because more people aren’t looking for work. The unemployment rate has reached a six-year high of 21.7%. This is partly because some students have extended their education through the ravages of the pandemic. But it is mainly because hundreds of thousands of people in their 50s and 60s now have a long-term illness, which, according to the ONS, is a record.

It is hard to escape the conclusion that the NHS backlog must now have an immediate and devastating impact on the workforce. Long Covid also affects what may be, by some estimates, up to 1.5 million people in the UK and between 10 and 20 per cent of those who have had Covid.

However, the kind of urgency we’ve seen from governments to combat Covid itself seems to be completely lacking in its aftermath. Policy makers seem to be hoping that the long Covid will disappear. But anyone who has suffered from it, or knows someone with it, knows that the condition can be crippling — and that research is urgently needed.

The number of people who needed hospitalization in the pandemic was always going to wreak havoc in the aftermath. But while we saw this week that queuing is our national pastime, there’s nothing glamorous about having to wait in line for basic healthcare.

People who put off seeking medical help during the Covid crisis are now sicker than they should be. Those whose businesses continue to be delayed lose hope. The number of people paying to commute privately is soaring. others are trapped in a quiet despair.

This should worry ministers — not just because it’s an absolute outrage, but also because 50-somethings rarely return to work after they retire. Their disappearance can only add to the inflationary pressures on the economy fueled by the tight labor market.

In this unusual situation, the phrase “unemployment” is rather unsatisfactory. It usually makes sense to count the number of people who don’t have a job but would like to and exclude those of working age who aren’t looking. They tend to be students, housewives and those caring for elderly relatives.

But if large numbers have been rendered incapacitated by health care failures, that seems like a different matter. It makes the strict measure of unemployment a less accurate reflection of excess labor capacity.

The post-Brexit exodus of European nationals has not helped, especially in sectors that were previously heavily dependent on EU labor and are struggling to adapt. The National Farmers Union has complained persuasively about fruits and vegetables rotting in the fields.

A detailed analysis last month by the Migration Observatory at the University of Oxford found that many low-wage sectors — including social care, construction and hospitality — are struggling to adapt to the end of free movement from the EU. Even in sectors such as construction, which is eligible for skilled work visas, there has been low uptake.

Britain is not the only country with low unemployment and job vacancies. In terms of overall migration, the inflow of non-EU arrivals from 2019 to 2021 has largely offset the number of EU workers lost. However, these non-EU staff tend to be in higher-skilled jobs, according to Migration Observatory, so they are not replacing lost EU staff on a one-to-one basis.

A key objective of Brexit was to end the undercutting of wages by migrant labor in low-paid industries and to increase productivity. But it may be that the visa crackdown on workers in low-wage sectors has gone too far.

The Migration Observatory says employers are cutting production. I’ve certainly encountered restaurateurs who say they have to close several days a week due to staff shortages, despite customer demand.

Until the pandemic hit, economic inactivity was on a downward trend. Universal credit changed the benefits system to pay for work and free people from long-term sickness benefits where possible. It would be terrible if we congratulated ourselves on low unemployment when in fact we were needlessly keeping people out of work.