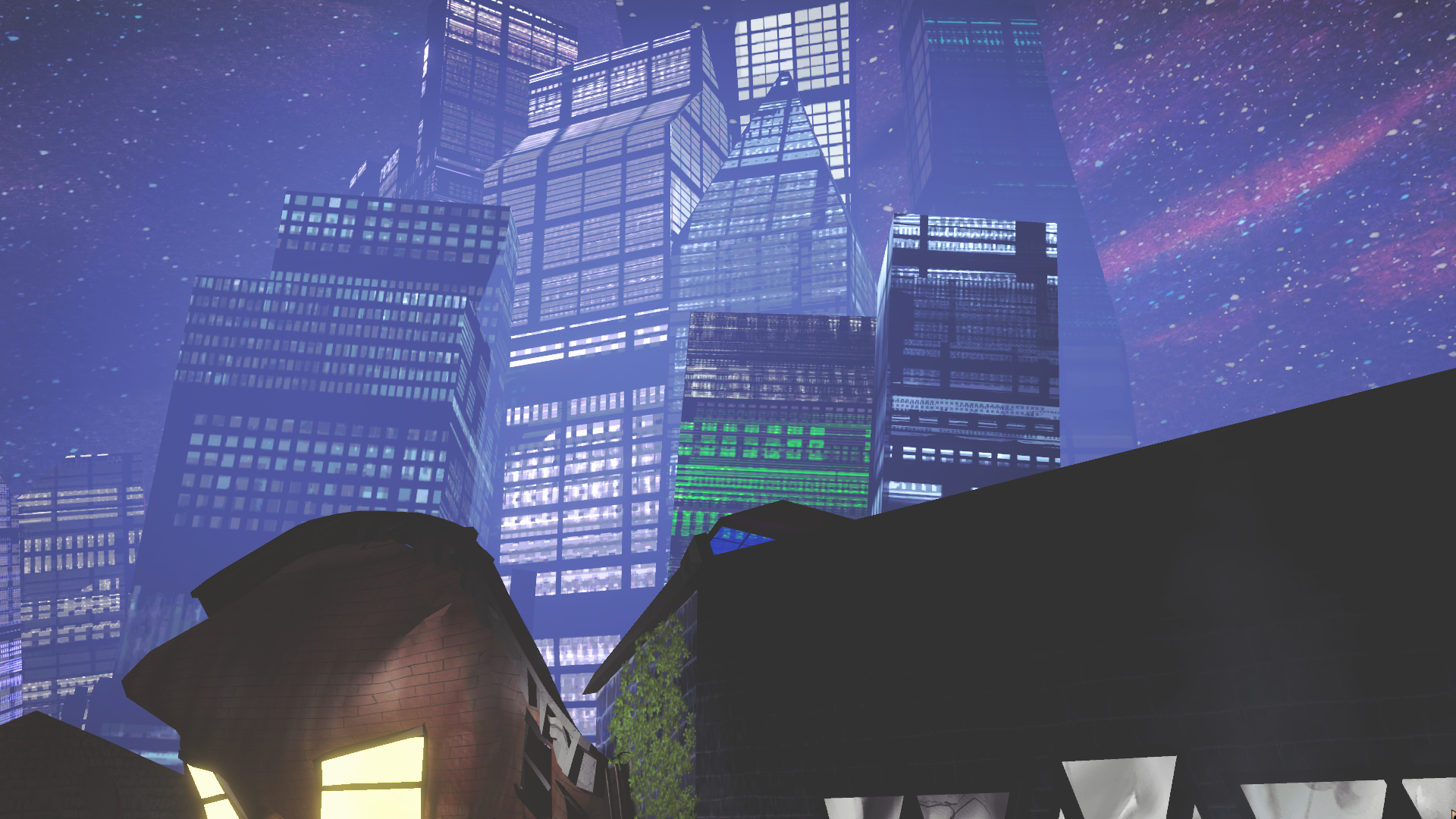 This narrative dice game from Cosmo D is packed with his signature visuals and musical motifs and loosely picks up on your pizzaiolo/secret agent journey from 2020’s Tales From Off-Peak City Vol. 1.

In my twenties, a night out at the club was the highlight of my week, especially if a DJ I really liked was playing. I don’t mean one of those giant Ministry of Sound superclubs where you needed a map to find the bathroom. I’m talking about a small, humble neighborhood club with suitably watery drinks, cool dark alcoves and a tiny dance floor where you could step into a higher state of consciousness amidst a constellation of moving bodies. I haven’t done it in decades, but tonight I’m bringing it all back for a night out in Off-Peak City – a surreal metropolis filled with anthropomorphic brownstones, hallucinogenic potholes and some urgent business at the inimitable Club Low.

The mastermind behind the Off-Peak universe is composer/musician and game designer Cosmo D, who makes brilliantly wacky narrative adventures revolving around music, acting and good old capitalism. The games can be enjoyed individually, but they are all cohesive branches of a much bigger and weirder tree. The Norwood Suite (2017) remains a personal favorite for the way it marries the mundane with the alluring Off-Peak mythology, and Betrayal at Club Low is no different tonally and thematically. But as a narrative-driven dice game (the first time the off-peak world embraced such a drastically different mechanism) Cosmo D has wisely tapped into the insatiable lizard brain of my dormant child from inside the club – after my first performance . riding the insurmountable high of a successful night out, and immediately wanting more.

I play a lowly pizza boy-spy who works for The Circus, an enigmatic intelligence agency. In this world, pizza is a cultural cornerstone that demands serious respect and craftsmanship. My acerbic handler Murial appears with a mission: to infiltrate Club Low and rescue a fellow agent from a local thug, Big Mo, who appeared in 2020’s Tales From Off-Peak City. Betrayal continues its thread Tales stealth-operates-as-a-pizzaiolo, but where previous games were structured more like point-and-click exploratory vignettes, this one is more of a study in strategy and social engineering.

Tonight, it’s all about cooking “pizza dice” with different toppings in conveniently located ovens. Some toppings are multipliers that increase the number of tips I get when giving pizza, some replenish my energy and nerves, and others manipulate my opponent’s dice. Cash goes towards boosting skills like Observation, Wisdom, and Wits, which are reflected in my skill dice. Dice are my only friends in a club full of people with their own private agendas. I realize, on my second playthrough, that the game leans towards deception, physique, and music as the most useful skills, at least on the “Typical Thursday” and “Wild Night Out” difficulties.

Each action involves skill dice and condition dice. For example, dumpster diving using Observation triggers a roll for the apparently useless “Smelling Like The City” condition, which will negatively affect my next roll. A failed roll can result in a “Thrown-Off” – a nervous debut that can be a death sentence if I’m already low on nerves. I may end up strengthening my opponent by making him suspicious. Nailing the right conditions like Clever or Zoned In can help me overcome an otherwise formidable foe. (Overall, dice are pretty intuitive if you’ve played enough dice board/video games.)

How Betrayal at Club Low transcends into another dimension lies in what I can only describe as psychological magic on the part of Cosmo D, who, as a musician, knows exactly how to work a crowd (or in this case , to work one player). My options for entering the club raise a full spectrum of relevant public concerns, from cutting the line to buttering the bouncer. Who among us hasn’t tried to get to a place we shouldn’t? Plus, it’s not just an average night at Club Low – the wildly popular DJ Chad Blueprint (heir to The Norwood Suite’s legendary DJ Bogart) is behind the decks and people want in. There’s all kinds of delightful personal baggage that comes into play – I’m a terrible dancer, so it was kind of fun to use my dancing to make people so uncomfortable that they were willing to avoid me altogether (which of course also sparked a series of scary personal memories of late 90s/00s club nights).

This is very much a game about gambling on endorphins and the endless euphoria of escapism with the shenanigans, which vibrates perfectly with the essence of dice games. It doesn’t just remind me of clown things I did to sneak into console areas or VIP sections, but the sense of invincibility embodied in loose films like Doug Liman’s excellent club/crime caper Go, released in 1999 with an equally iconic soundtrack. Even when things were going so horribly, there was always a chance that something would turn out right. Bouncing back from blunders and mistakes is one of the most redeeming tropes in a social club, when the awkward outlier finally gets his moment in the proverbial sun (of course, we never see the light of day in these strictly night games). This means there will always be a Chad Plan, but armed with the right knowledge and skills, even a pizzeria like me can pull it off.

Club Low itself is a beautiful microcosm of entertainment capitalism, continuing Cosmo D’s long tradition of betting on the material costs of livelihood. It’s not just the “entertainment” business, but a whole sub-category of people who live to work the night, who multi-task and work behind the scenes to support an institution like Club Low. There is a whole zoo of characters involved in various scenarios that touch on real-life problems – piracy and robbery, unscrupulous business deals, moonshine, the absence of fair labor practices are just a few. The chef worries about her flamingo stew – it must be worthy of Big Mo’s discerning palate – as well as health code violations. the manager, Kathleen, displays classic owner minds as she thinks of countermeasures to get the most value out of her subordinates. It’s amusing that given how much trouble I’ve gone to to get into Club Low, it turns out that most of the staff just want to leave and hang out with their friends somewhere else.

But really where it all comes together, as it should, is on Club Low’s tiny dance floor, where I make valiant efforts to become one with the crowd animal (one of those times where Physique and Music really come in handy). Cosmo D’s soundtracks always deliver, and this one is no exception – even through a screen, the sense of shared intimacy and telepathy through Cosmo D’s dance vision is infinitely more powerful than watching an early Boiler Room set . The chaotic momentum of the game syncs perfectly with every beat, like a soulful undercurrent of sonic motivation that reminds me to keep moving forward. If I conquer the track and beat my teammates, it will lead to one of the most triumphant moments in the game.

Riding high on my success, I decided to tackle the harder difficulty in the 4am mode, which imbues NPCs with random unpredictable behaviors. Normally I wouldn’t torture myself like this, but I’m stuck. The game suggests I go in with a plan, but I throw caution to the wind and continue to dole out my skill points and make decisions on impulse. Making money is hard and every condition is a potential land mine. I also only have a small amount of energy and nerf – 3 of each – meaning any dangerous situation (say, a -4 nerf roll) could spell my doom. Progression is gradual and energy suddenly becomes much more of a problem than in previous games. Any roll by my opponent can blast me into oblivion. I roll it all out like a masochist – this is clubbing at its most absurd.

Betrayal at Club Low is already one of my favorite games this year and one of my favorite Cosmo D games to date. There’s something oddly comforting about seeing the distinctive monuments and off-the-beaten-path architecture, like seeing an old friend up to some great new tricks. My next personal challenge is to try the Iron Pizza mode – something similar to permadeath where I only get a save file, where I’ll definitely have to think a bit more about strategy and skill distribution. But in my own grand tradition of stupid spontaneity when it comes to the art of going out – well, at least when I used to go out – where would the fun be in that?