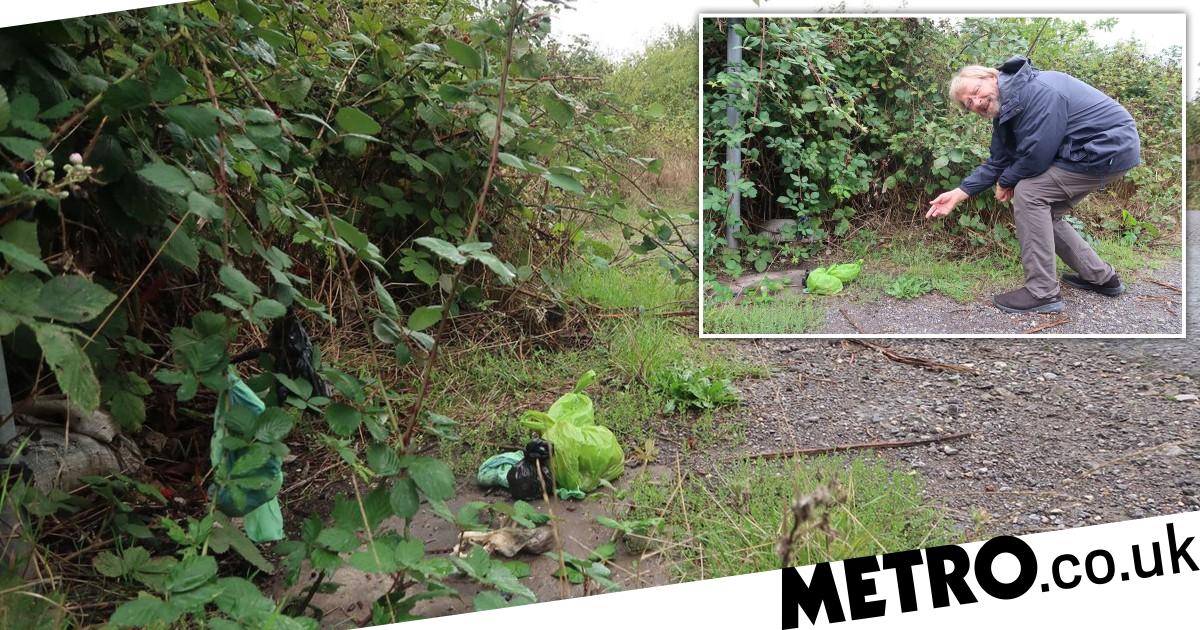 Mini mountains of dogs are being built across Dorset – because the council refused to provide new bins.

Walkers have called the piles “appalling” as the canine mess is repeatedly dumped alongside a footpath in Weymouth.

Despite appeals from residents, Dorset Council has refused to provide a new bin as it fears it could be vandalised.

Instead, a worker is sent to clean up the piles, but locals have also been left to clear away the smelly mess.

One resident, Brian McDonald, 72, told DorsetLive that bags of poo are being piled on top of each other, with some dog walkers no longer bothering to pick up their pet.

He said: “I think people see the mess and think they might as well throw it in the bin. Things are getting worse, we went for a walk recently and there is chaos everywhere.

“We always choose it religiously because it’s the natural thing to do. It makes me laugh that people throw it on the fence.

“The chaos is even in the middle of the path and some people are not using their bags. It’s so sad.’

According to Dorset Council, it was too expensive to justify replacing a bin that was repeatedly vandalised.

However, they put up new signs asking pet owners to dispose of their dog’s waste at home.

The sign has since been removed by a member of the public.

The council said: “The Lorton Lane bin in Weymouth had become a regular target for vandals, having been lost around three times in as many months.

“Dorset Council cannot financially justify the repeated replacement of the bin and so it has been removed permanently.”

The council is still urging dog walkers to take their mess home with them, despite the mysterious removal of the new signs.

They said: “Signage was put up at the site to inform and ask dog owners to take their waste home, although these signs were also removed by a member of the public.

We still check the area every few days for any mess as it is obvious that some local dog owners feel that the absence of a bin justifies anti-social behavior by littering the area with their bags.

“Our message is simple – if you can’t find a bin for your rubbish, take it home and use the kerbside bins to dispose of it properly.”