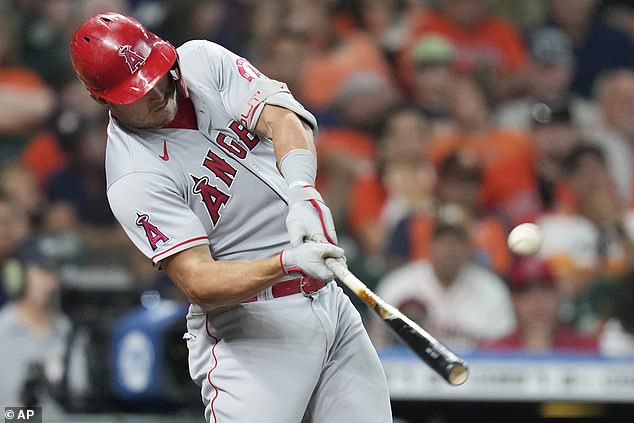 Mike Trout is one game away from making history after hitting a home run for an incredible seventh game on Monday night.

The Los Angeles Angels slugger has been in fine form over the past month, hitting his 35th homer of the year against the Cleveland Guardians this week.

The same hit also recorded his seventh home run in as many games, putting him just one shy of the all-time MLB record of eight. 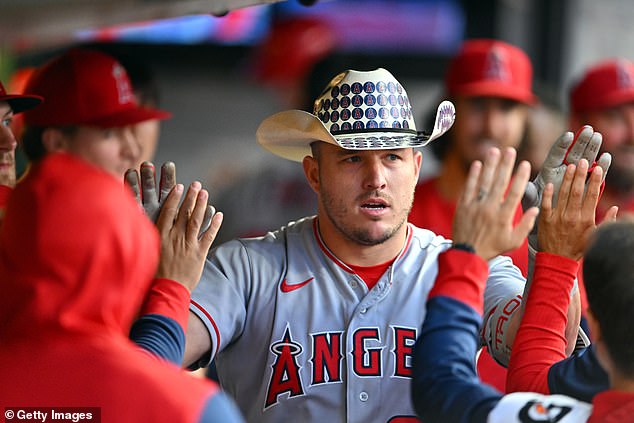 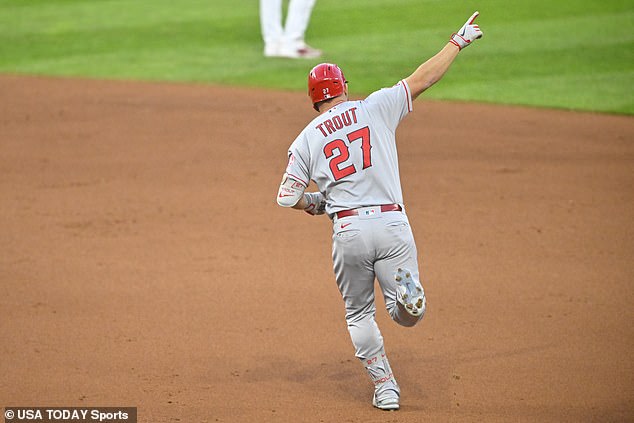 Trout will tie three other players if he hits one out of the park tonight, since Pittsburgh’s Dale Long (1956), the Yankees’ Don Mattingly (1987) and the Mariners’ Ken Griffey Jr. (1993) all accomplished the feat. feat.

Speaking after the 5-4 win, Trout admitted he’s happy to close another piece of history with the Angels.

“It’s good company to be in,” he said. “I just put good movement on the ball and they come out.

“I go up there ready to hit and whatever happens, happens. I will come (Tuesday) and do the same thing because it works for me.’

Trout is the first AL player since 2018 to hit a seven-game home run since Toronto’s Kendrys Morales got there — but failed to convert in the eighth game.

Cincinnati’s Joey Votto, meanwhile, hit seven last season, but he too tried and failed to reach the eighth game to match the record. 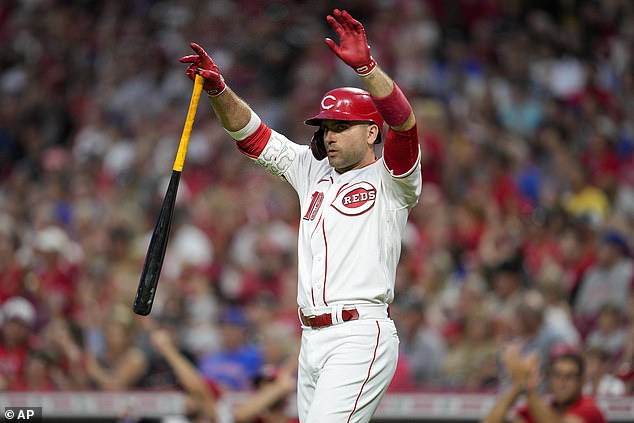 The Reds’ Joey Votto was the last to hit seven straight, but he failed in the eighth 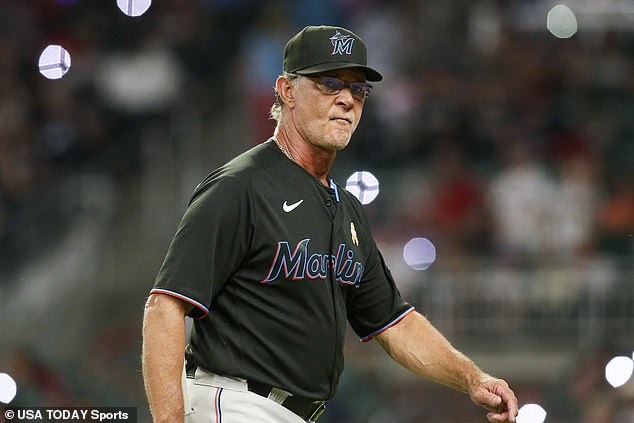 Trout’s seven-game homer streak began on Sept. 5 against the Detroit Tigers and coincided with a flurry of results for the Angels.

They have won three and four games, winning 10-0 in the opener, but also losing 12-4 to the Astros on Sunday.

Monday’s homer came in the first of a three-game stretch in Cleveland that culminates Wednesday before the team returns home to host the Mariners on Friday.